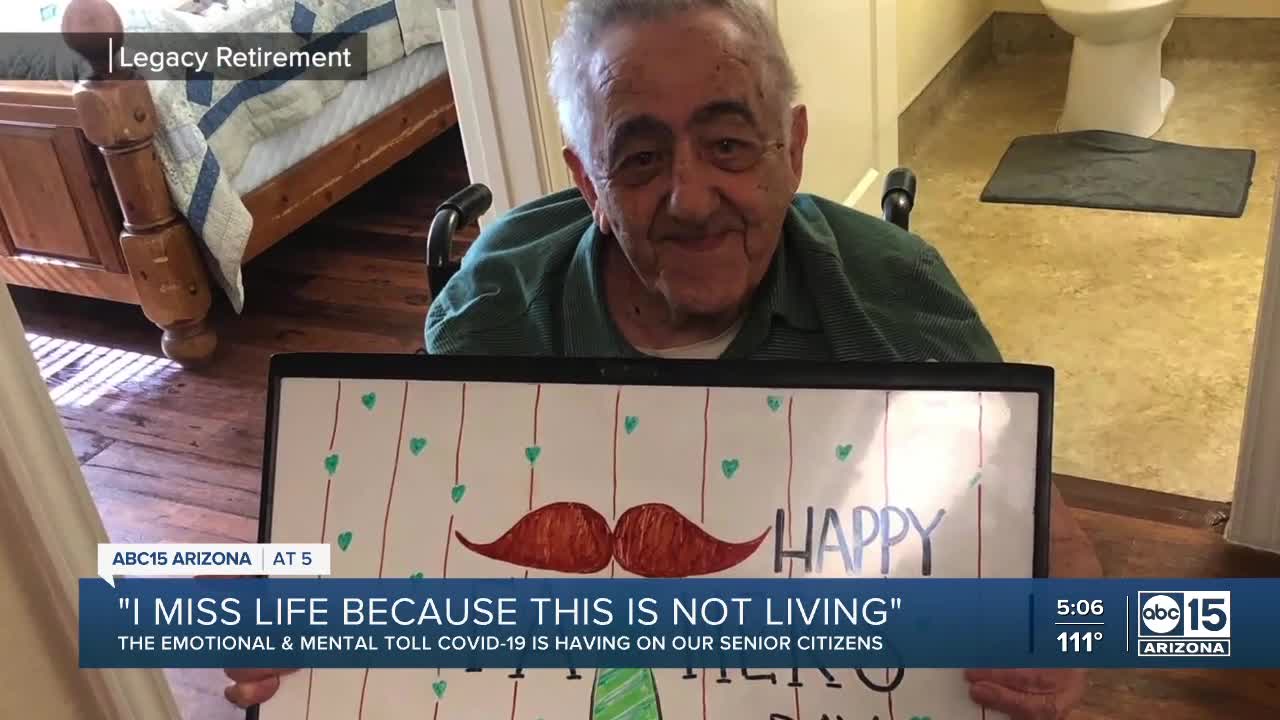 The emotional and mental toll COVID-19 is having on our senior citizens. 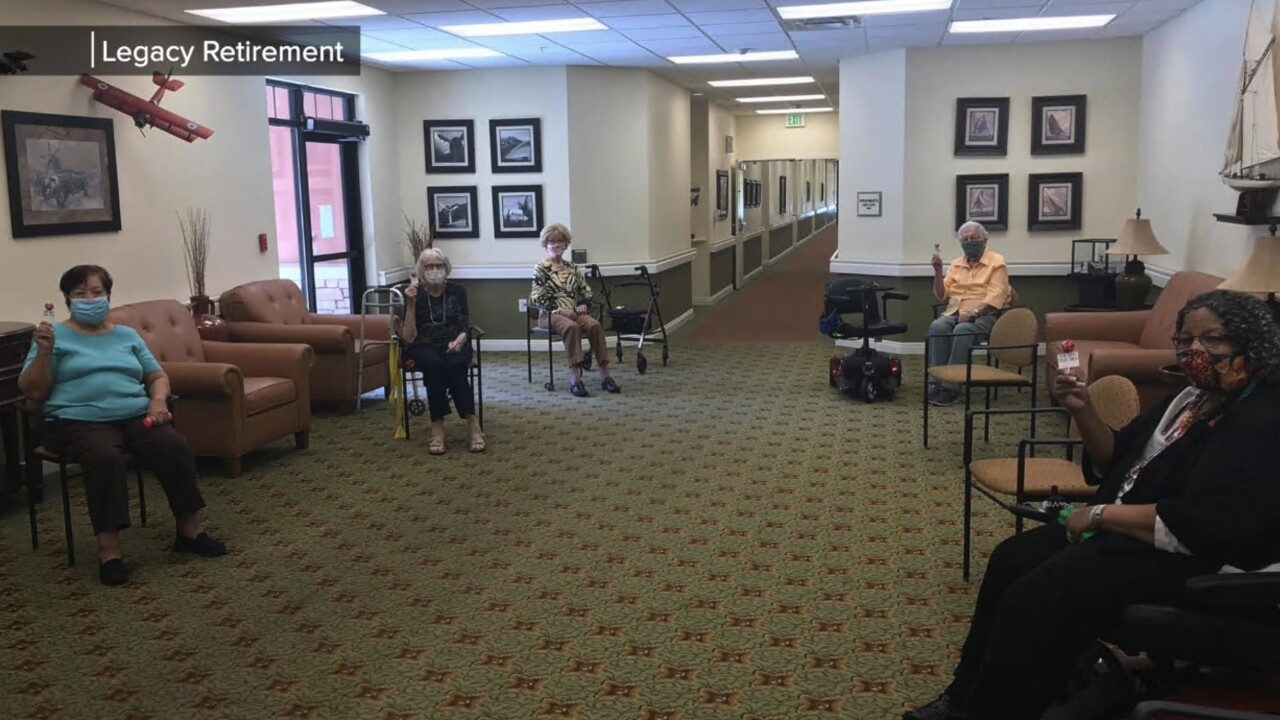 By now we all know that COVID-19 can be especially deadly for the elderly, but there is another crisis some of the most vulnerable citizens in Arizona are facing.

It is a silent crisis that has been building up to feelings of isolation, loneliness, and depression for many residents who have been quarantined in long-term care facilities, retirement homes, and nursing homes.

"I know people who have died of broken hearts. It is so sad," said Leah Propst, a valley senior who lives in a long-term care facility. Propst left an emotional voicemail for ABC15, pleading for help and asking people to speak up for them, and be their voice.

When ABC15 reached out to Leah, she said she wanted to make sure seniors like here were not forgotten by the state.

"That is the hardest part. I can't hug anybody. I can't be hugged by anybody. I miss life, because this is not living," said Propst.

Stuck inside her retirement community apartment for more than six months, the only way many like Propst have been able to see their families has been through barriers of glass or over the Internet using Skype or Facetime.

"The hardest part is feeling like I'm in prison. If you talk to somebody... you have to talk to them through glass. Isn't that what you see in all the prison movies? Through glass," said Propst.

She was grateful to have her dog as a companion and said she had taken up knitting. The facility Propst lived at, the Legacy Retirement Residence, in Mesa houses those in assisted living and memory care units as well. The executive director told ABC15 they realize the COVID-19 pandemic has been tough on their residents.

Over the last few months, the facility has tried to organize many activities to keep residents engaged, such as exercise classes and bingo, but they have been limited in what they can do due to COVID-19 restrictions. The priority has been to keep residents and staff safe.

Leah described the staff there as wonderful, and knew they were doing what they could to keep them engaged.

"It is just the loneliness. It can make you crazy. Time is so long; it drags out so long," said Propst.

She added that she once enjoyed staying up late to catch her favorite television shows. Now, she puts herself to bed at 6 p.m. just to get the day over with.

ABC15 has learned the task force has met a couple of times in the last month and have a message into the Governor's Office to find out how long it could take to come up with a plan to allow visitors back into long term care facilities.

Propst says she hopes they will consider her pleas." Please, get it done now. Make it your number one priority. Make us a priority. I know we hear the term 'vulnerable adults.' We are vulnerable in all aspects of our lives," said Propst.