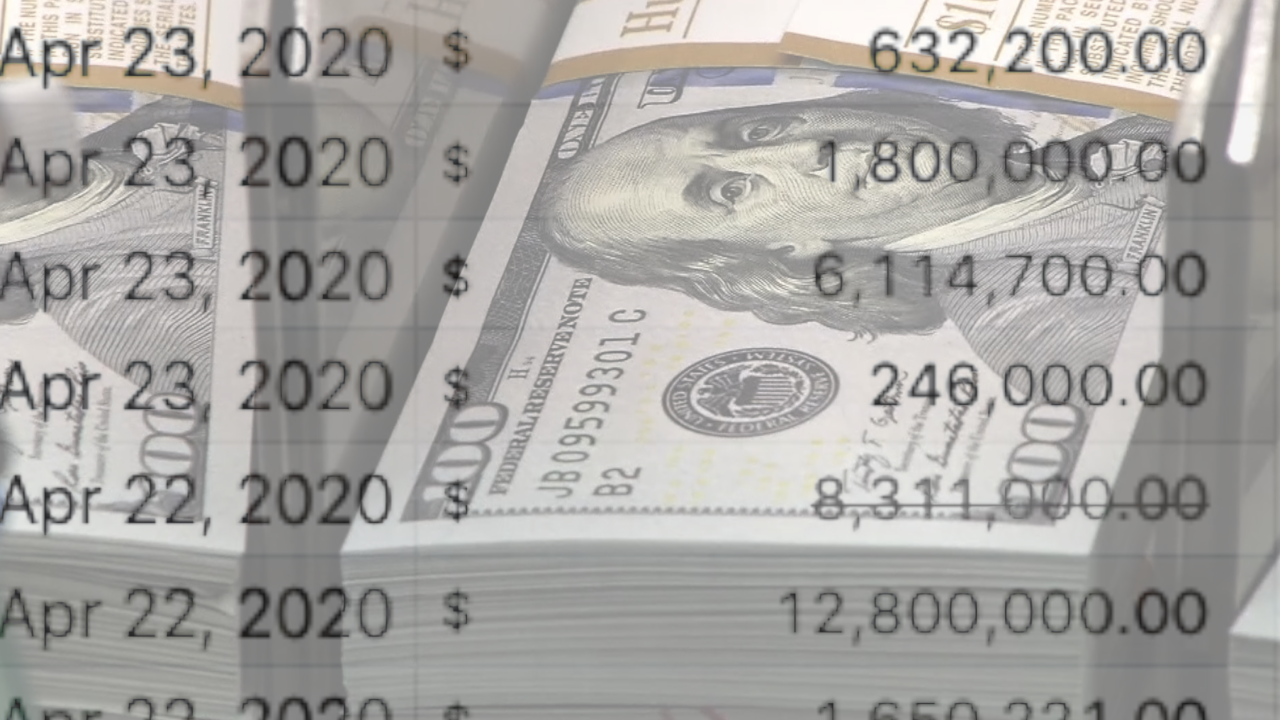 The Federal Government has been pushing out trillions of dollars over the past few weeks in an effort to stabilize the U.S. economy during this turbulent time.

Watchdog groups, like the U.S. Public Interest Research Group (U.S. PIRG), have been calling for real-time transparency to know where the money is going and which companies are getting it.

Now, at least one federal authority, the Federal Reserve System, has announced it will answer that call. The Fed has promised it will begin publishing the names of those corporations receiving assistance under its emergency programs on a monthly basis.

“Honestly, it was pretty incredible that the Federal Reserve agreed to this kind of disclosure,” said R.J. Cross with U.S. PIRG. “I am hoping that that level of transparency will be carried forward to all the agencies in the CARES Act.”

The Fed’s move comes amid growing concern around the Small Business Administration’s Paycheck Protection Program (PPP). A week ago, reports revealed at least a handful of large publicly-traded companies had received PPP loans. The fast food chain Shake Shack, with a market capitalization or value of nearly $1 billion, was one of them. Shake Shack, though, was also one of the first companies to return its PPP money, which amounted to $10 million.

However, after initial concerns over some larger companies receiving PPP loans intended for much smaller businesses, a data analytic company, FactSquared, used its resources to dig through some Securities and Exchange Commission filings. Publicly-traded companies are required to report “material events” to investors and getting millions of dollars in loan money from the federal government would be a material event. So, FactSquared, decided to go through thousands of SEC filings, and was able to compile a report that revealed far more larger companies received PPP loans than initially thought.

FactSquared found at least $900 millions in forgivable small business loans went to more that 240 public companies. For example, The Lakers basketball franchise received $5 million and one luxury hotel chain was able to treat each of its hotels as an individual business and applied for 117 loans, getting at least $40 million so far.

That luxury hotel chain, Ashford Hospitality Trust, plans to keep all the funds, according to a recent statement, while the Lakers and more than a dozen other businesses have committed to returning their PPP loan money. Combined, amongst 15 businesses that have stated they will return their PPP loan money, more than $116 million is expected to be return.

“The fact that some companies are saying ‘oops, our bad’, this gets back to the purpose of transparency and why this type of information should be released,” said Bill Frischling with FactSquared.

FactSquared was only able to find less than 1 percent of the companies that took PPP loans through the public SEC filings, but its report is now being used as a real-time example of why real-time transparency is needed.

“It doesn’t do us any good three months down the line to have found out this list of companies, that money would’ve already been spent,” said Cross. “It is because this transparency happened so quickly that we are able to course correct, and companies can give that money and the treasury can readjust its rules moving forward, so that way, this money can actually help those it was intended to help.”

The SBA has not yet agreed to release the information around all businesses that receive a PPP loan. However, the treasury department has now announced every company that got more than $2 million will be fully audited, but companies have until May 7 to return the money to avoid that.