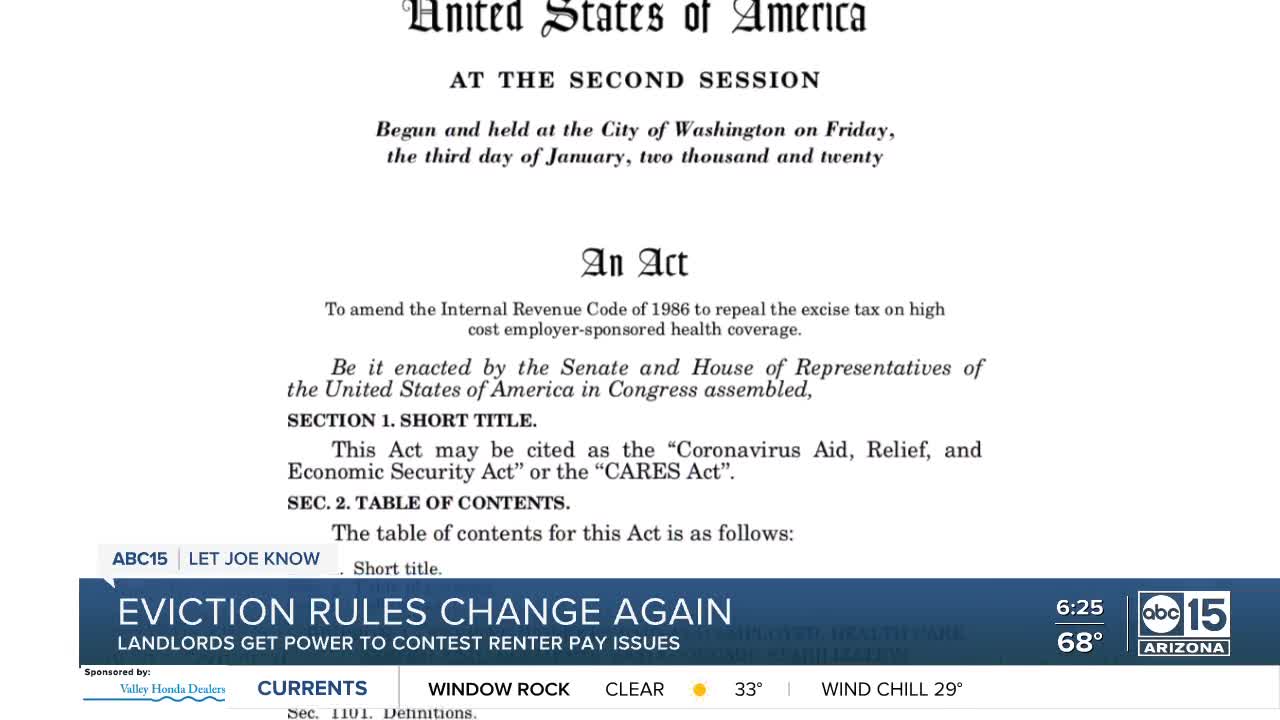 Eviction rules are changing again, and it could be more difficult for you if you're trying to stay in your home. 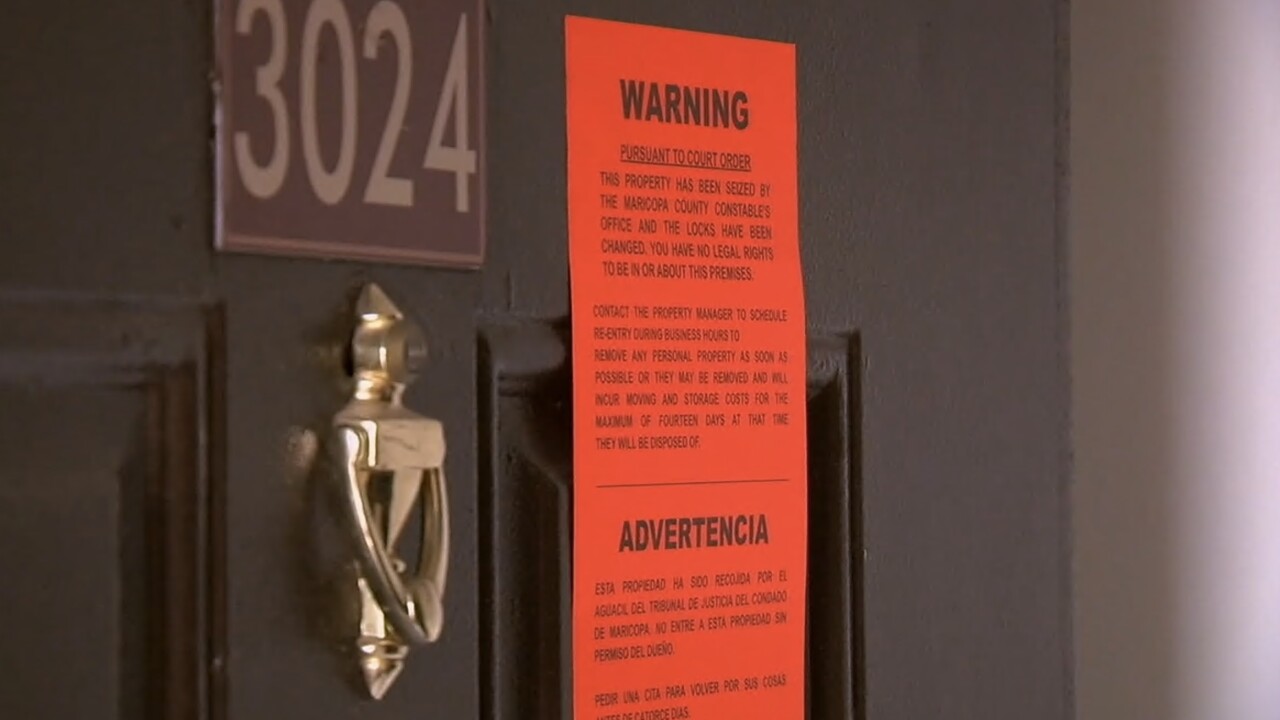 If you're a renter having financial trouble trying to stay in your home, it may have just gotten harder.

"The rules have changed again for everyone," says attorney Pam Bridge with non-profit Community Legal Services.

New state and federal orders and guidelines give more power to landlords to contest why tenants can't pay rent, making it easier to start the eviction process.

Right now, tenants can stay in their homes until the end of the year without eviction if they fill out a Centers for Disease control form and give it to their landlord.

They must agree to five declarations including amount of income, attempts at getting rental assistance, and an inability to pay based on a substantial loss of income. Tenants must sign the form under penalty of perjury and that was usually enough, until now.

A new Arizona Supreme Court order and new federal guidelines allow landlords to challenge the process, including the truthfulness of tenant declarations.

"They've got to state what evidence they have that tenant lied in the CDC order," Bridge says. She says it’s a new burden of proof for tenants and possible new court hearings that they must attend. "I'm worried tenants won't get notice of hearings and they won't know how to prepare," Bridge says.

That's her concern going forward. But Bridge has another concern about past evictions. She says Community Legal Services has seen people evicted from March 27 to July 24 who should have been protected under the CARES act.

The act put a moratorium on evictions of tenants in federal housing and those whose landlords have federally backed mortgages.

The Federal Finance Housing Agency website allows you to enter an address and see if the mortgage applies.

Bridge says if you were protected, but still evicted, you need to fight it.

"They may not only get it off their record but may be entitled to damages," she says.

Community Legal Services offers free help to Phoenix tenants. They also offer aid to others based on income.