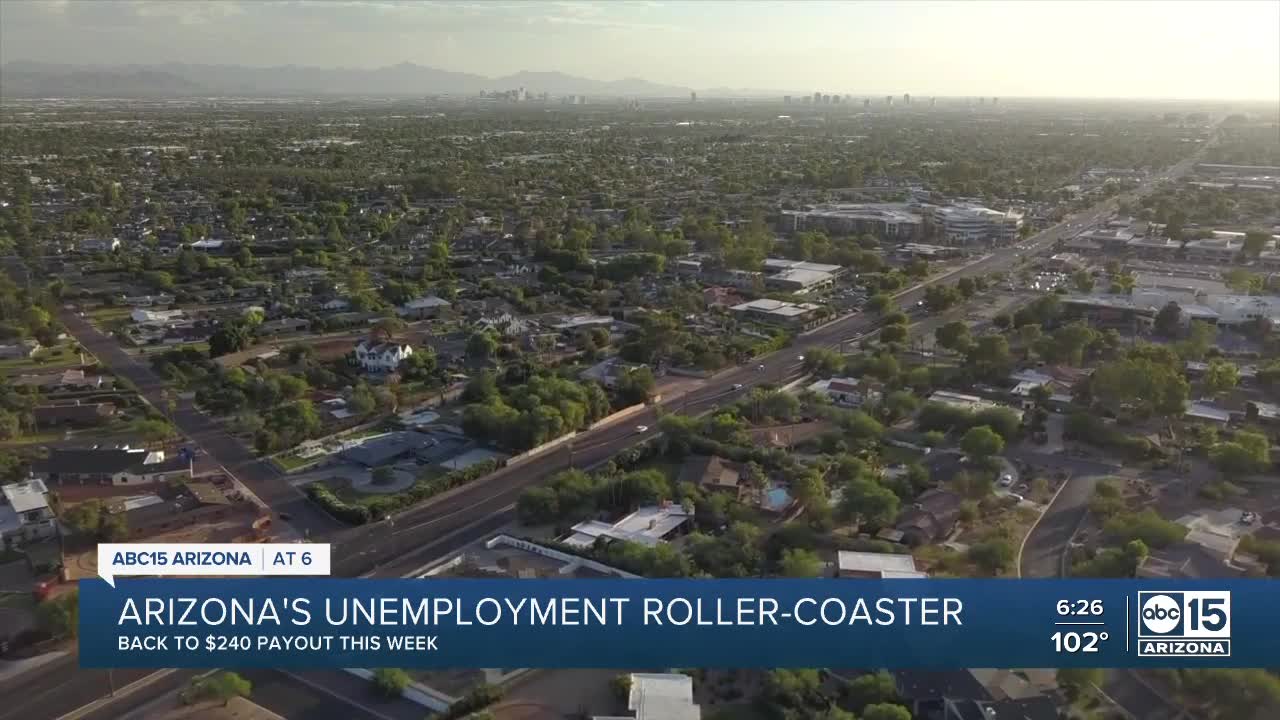 The return to a maximum of $240 is the result of depleted funding of the presidentially executive ordered, Lost Wage Assistance Program.

It's the first week of unemployed Arizonans having to survive off what amounts to less than $6 per hour.

The return to a maximum of $240 is the result of depleted funding of the Lost Wage Assistance Program, a presidential executive order.

Since May, Congress has failed to come up with an additional relief package for unemployed workers. Governor Doug Ducey has been hesitant to publicly earmark any of the estimated $400 million remaining in CARES Act funds or $1 billion rainy day fund to help.

Meanwhile, jobless workers, like Gail Sowers who is on furlough from her job at Fair Trade Cafe in downtown Phoenix, are figuring out how to keep the bills paid. But Sowers, a mother, says she is even more fearful for her adult children who have their own families and are also drawing a reduced unemployment benefit.

"They can't survive on that. That's not a livable income and you can't support children who are not in school, so they don't have options. They can't go to work," Sowers said.

Sowers believes the short-term solution is simple. "In my mind, our House of Representatives and our senators need to be parking their behinds in Washington, DC," she said.

Until then she fears families like hers will suffer.