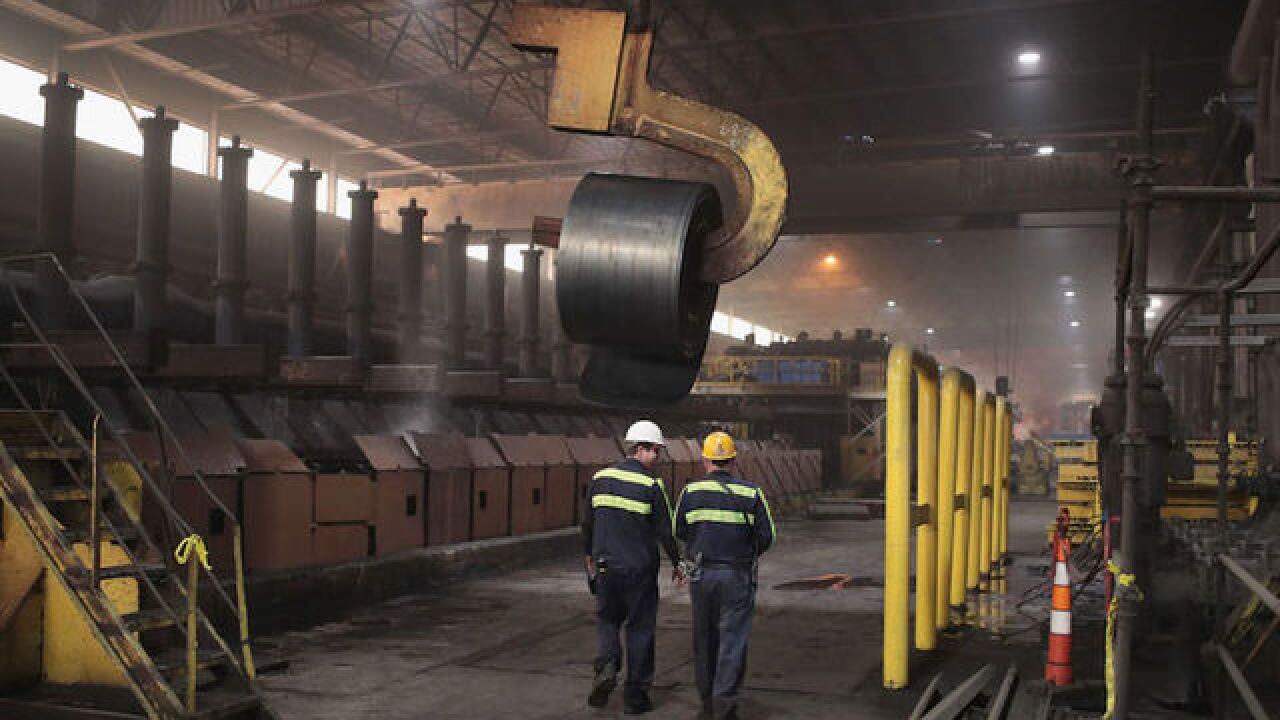 Image copyright 2018 Getty Images. All rights reserved. This material may not be published, broadcast, rewritten, or redistributed.
Scott Olson
<p>Workers remove a coil from the production line for quality-control testing during steel production at the NLMK Indiana steel mill on March 15, 2018 in Portage, Indiana.</p>

Attorney General Mark Brnovich says his office has been receiving complaints from Arizonans who received unemployment claim letters from the Department of Economic Security, some of them actually got debit cards loaded with money. Money they never applied for and Brnovich says some of it can be connected to identity theft.

KGUN 9 spoke to Gene Brown who says his wife got over $6,700 on a debit card and not only did she not apply for it, but she hasn’t worked in over 5 years. They weren’t sure how to send the money back.

"The account says $6,772, we want to get it to where it needs to go and that's back to the people that need this money. We're fine and there's people out who aren't fine," Brown said.

Officials say if you get money you didn’t apply for you should report it immediately and check to make sure your personal information wasn’t compromised through phishing scams and data breaches.

The AG says you should destroy the debit card, file a criminal complaint with the Attorney General’s Office, DES and the Federal Trade Commission. Another note is if you’re working let your employer know and ask human resources to flag notices they get from DES about a claim.

If you choose to spend the unemployment money or money from any government agency that’s not yours you can be charged with theft.