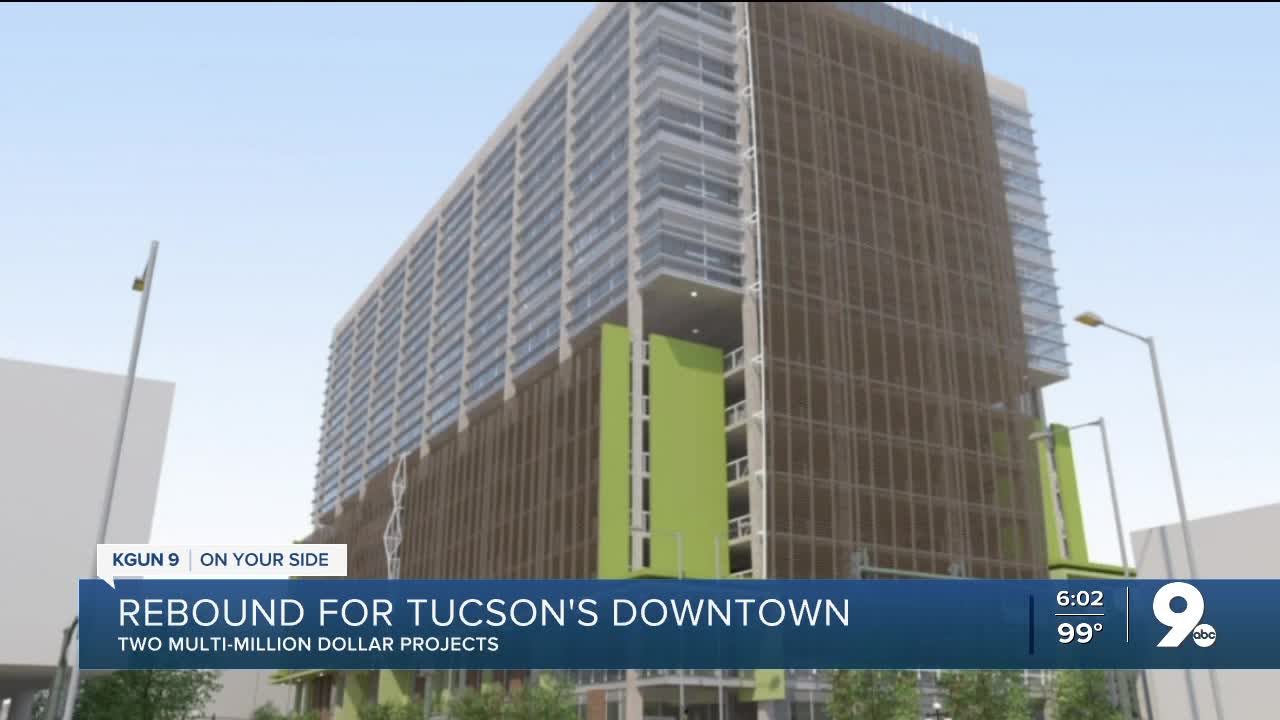 TUCSON, Ariz. - Two big building projects for Tucson’s downtown just got a boost from the Rio Nuevo development district. They show investors have high confidence Tucson will have a strong rebound after COVID-19.

What had been a parking lot in the heart of downtown is about to become a hundred million dollar building with twenty floors of high grade offices, retail space, places to live, and parking.

Rio Nuevo helped put the project together. Board Chairman Fletcher McCusker says it’s the biggest boost for downtown in decades, and a real signal that after COVID 19, companies are looking to locate away from densely packed big cities to places like Tucson that offer strong resources---and some breathing space.

“We're dispersed enough but we're modern enough the University of Arizona is very attractive downtown has become renowned in the last several years, and people seem to be willing to bet on the future of Tucson because these are financed by New York and Boston based firms, so you know these are outsiders that make huge real estate investments are betting on Tucson’s future.”

Rio Nuevo also approved moving ahead with another big change for downtown ---backing a change to downtown’s tallest building.

“The properties you see developing around the TCC, the Doubletree, the Hilton, the revitalization of the Arizona Hotel are mid range hotels so they felt the market could support a five star hotel within walking distance to downtown and the TCC.”

The hotel project is a 38 million dollar expression of faith in Tucson’s rebound.