PD: Woman arrested after retrieving $584,000 in drugs for relative 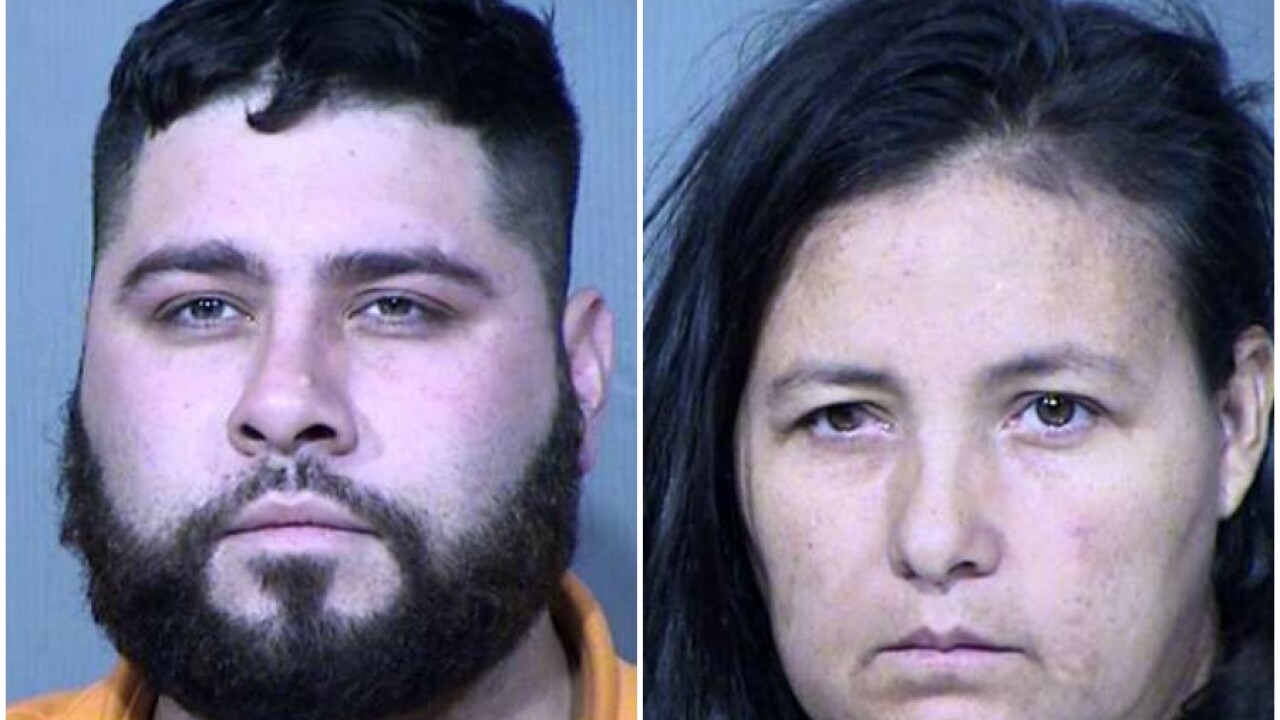 A woman was arrested after retrieving $584,000 in meth, heroin, cocaine, and fentanyl for a relative.

Court records show that the Mesa police organized crime unit received information of suspicious activity at a hotel near 51st Avenue and McDowell Road in Phoenix.

Hotel office workers reportedly told detectives that two women requested access to a room to pick up several items for a sick friend. When they were escorted to the room, hotel workers reportedly saw money scattered on the bed. The two women took two suitcases and a duffle bag from the room.

Police say the room was being used by Jeusef Roberto Beltran Arenas, 24, who was in custody after being arrested by DPS for illegal drug possession. Investigators allegedly found cocaine in the room under the bed.

Detectives located the car used by the woman, and during a traffic stop, a Mesa police K-9 found drugs in the vehicle. Police say they found 16 pounds of heroin, 20 pounds of meth, 21 pounds of cocaine, and 15,000 fentanyl pills. The total value of the drugs is said to be about $584,000.

The driver of the car, 42-year-old Marisol Refugio Beltran Marquez, was arrested by police. She allegedly told police that she was doing a favor for her nephew, Arenas, and "now regrets doing so."

They are both facing nine counts of various drug charges.