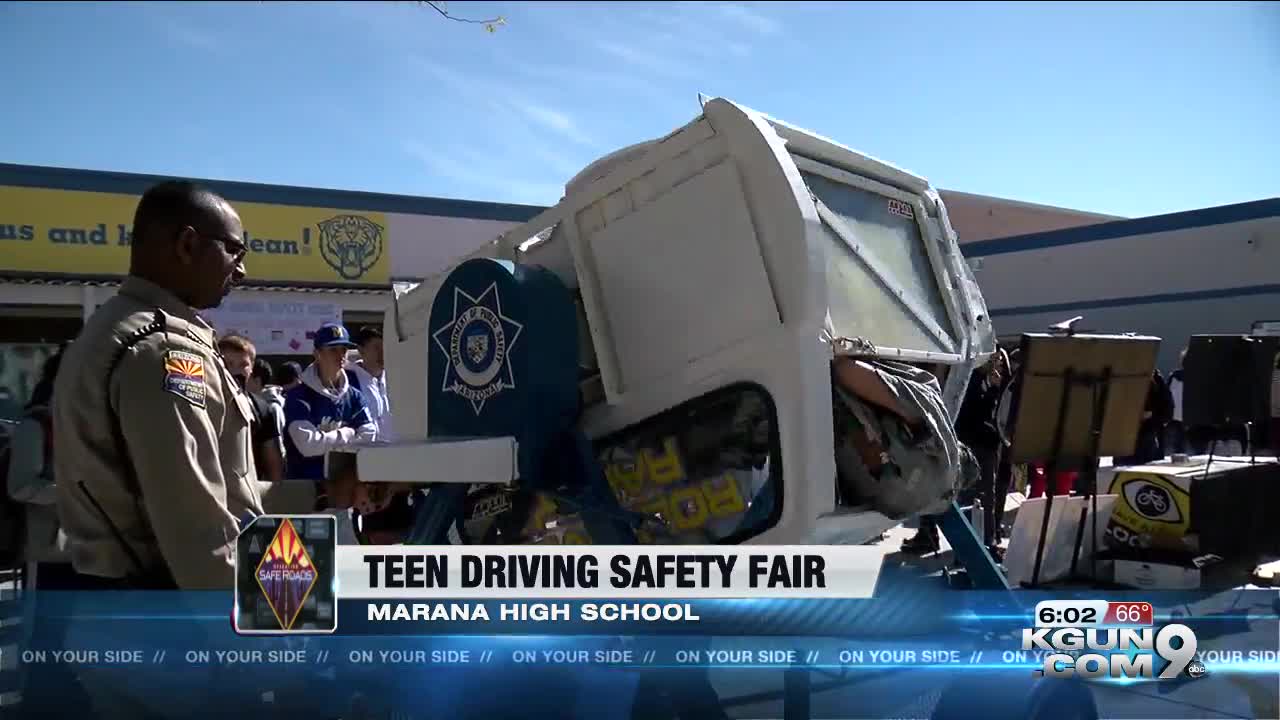 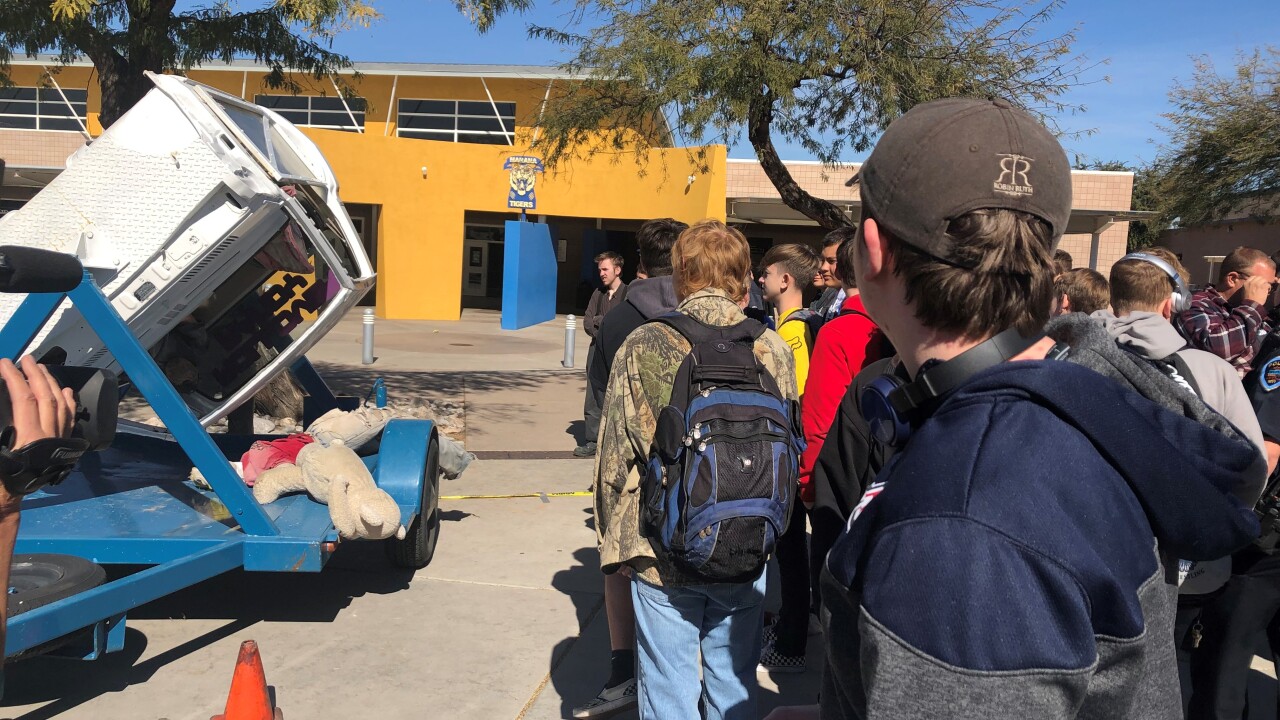 MARANA, Ariz. — Driving is something almost every high school student looks forward to.

“I think it is sad someone could do something they do every day get in a car and go somewhere, and then they don't come out of it alive,” said Marana High School Student Morgan Murphy.

Marana High School held a safety fair during lunch Tuesday. They want kids to know car crashes are the number one killer of teens in the United States according to the Centers for Disease Control.

Students learned about blind spots in semi-trucks and visited with experts in the community.

“This is not a game,” said Arizona Highway Patrol Trooper Dwayne Edwards. “I hope when they see the damage this can do, it will go in their brains, and have that impactful memory.”

One of the most jarring exhibits was a simulated rollover accident.

“We can't force students to drive safer, but I hope in the back of their mind they are at least thinking of being a little more cautious,” said Wellness Coordinator Valentin Lopez. “Putting the phone down instead of being on Instagram, Twitter, social media and texting.”

Murphy says she hopes her friends were paying attention today.

“Just to like wakeup a little bit to see how violent car crashes can be.”