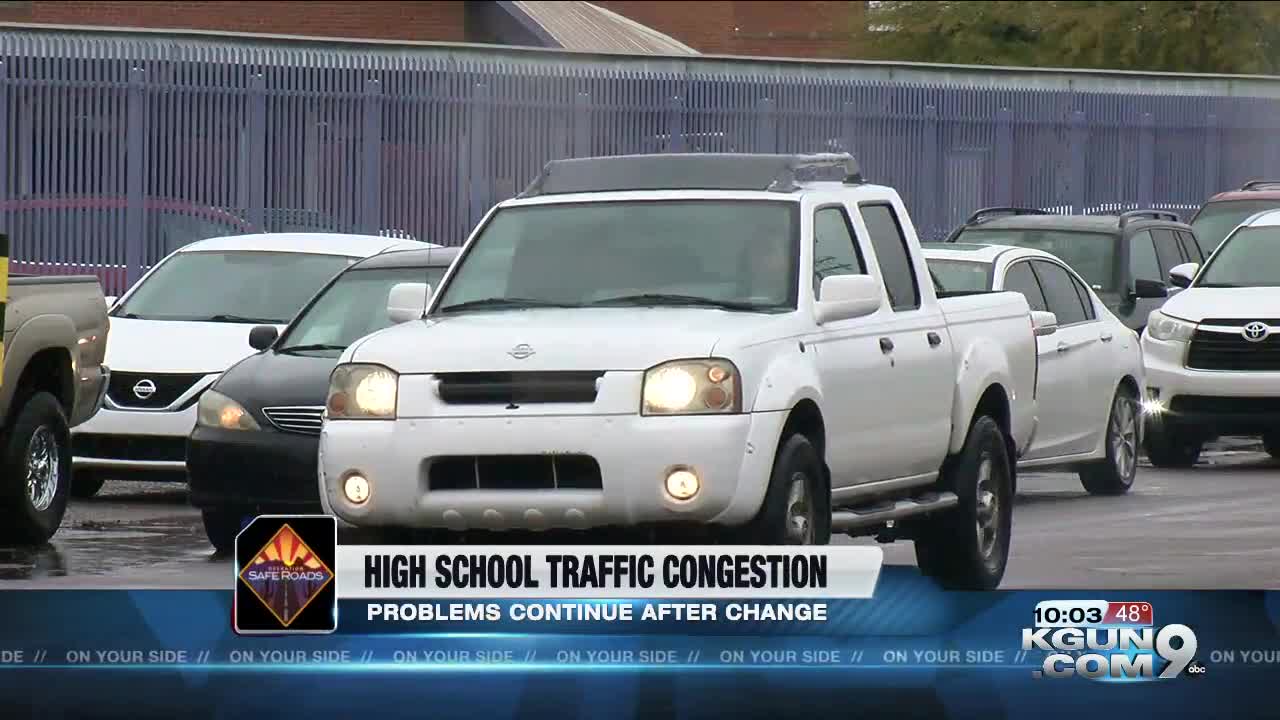 It's a new semester at Rincon and University High, but a lot of the old congestion problems still exist.

TUCSON, Ariz. — It's a new semester at Rincon and University High, but a lot of the old congestion problems still exist.

The chaos starts just a few minutes after 3 p.m. Parents park in red zones, double park, and even park on private property while they wait to pick up their kids.

When KGUN9 was out there in August 2019, TPD said they had received a lot of complaints about unsafe and illegal parking. Parents told us on Thursday they have seen police giving people tickets.

Changes were made in October to alleviate some of the congestion, according to University High principal Amy Cislak.

Now there's a new parent pick up loop on campus, and re-purposed parking spots that used to be used for buses, where parents can now park.

Principal Cislak says the changes have been very successful, but parents KGUN9 spoke with say it's not enough to accommodate the amount of students at both schools.