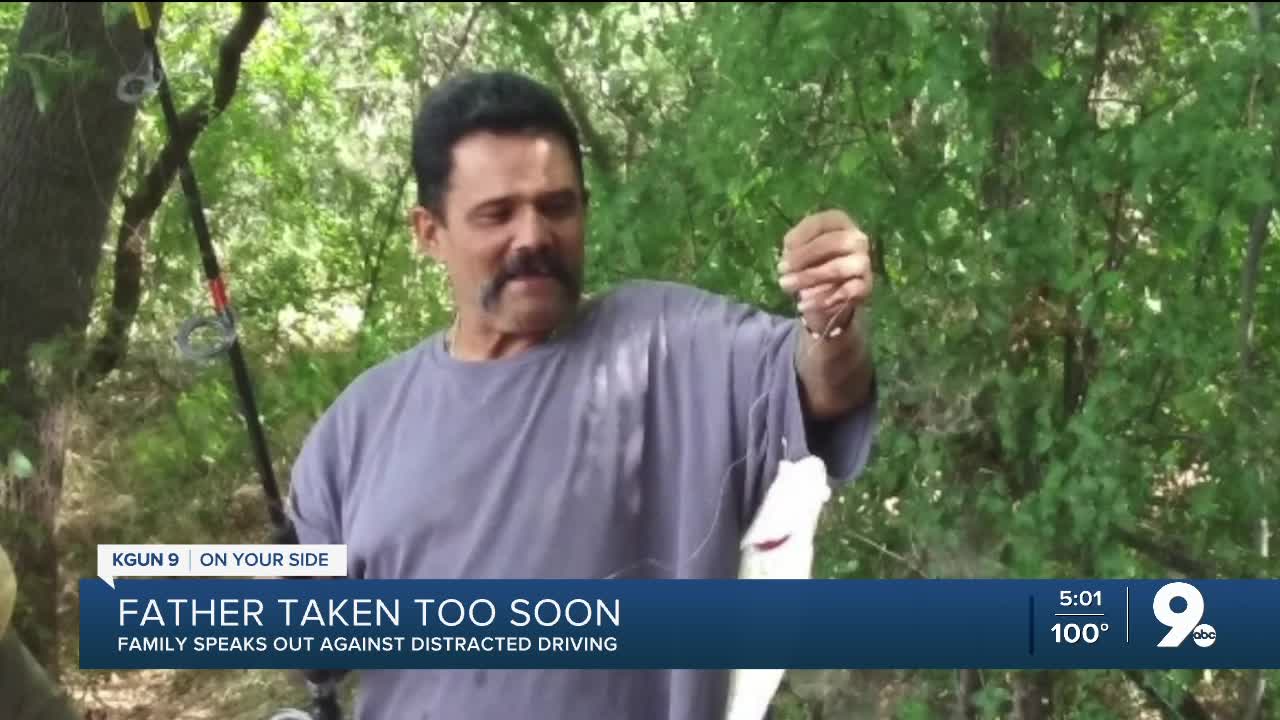 Family speaks out after police say father is killed by distracted driver.

TUCSON, Ariz. — A family is grieving the loss of a father after police say he was hit and killed by a distracted driver.

59-Year-Old Jose Luis Ojeda was sitting at the intersection when police say someone on a cell phone crashed into him from behind.

His family says he was a hard-working man, but somehow always had time to talk.

“He could go to the store and right away he's talking to the clerk and he would know them and call them by their first name,” said his son Jose Luis Ojeda Jr.

Police say Ojeda took the brunt of a five-car collision Saturday when a man on a cell phone rear-ended him at the intersection of Ajo Way and I-19. He was transported to the hospital where his son works.

“It was 15 minutes past that my charge nurse called me and said you need to bring your mom down here,” said Jose Jr.

The driver was cited for failing to control his speed and for using a handheld device in a collision.

“From what we heard he was answering a text message,” Jose Jr. said.

Ojeda died the next morning.

“He was a person we looked up to," Jose Jr. said. "If something happened, we knew we could count on my dad to help us out -- didn't matter what it was.”

The family is now speaking out against distracted driving.

“If you need to do it, stop somewhere and use that opportunity, but otherwise put your phone away because it could be someone else's life you are taking," Jose Jr. said.

Police say the investigation is ongoing and the citations that were issued at the collision scene will be reviewed, and the potential for further charges or citations are pending.

The family is still planning the funeral. Here is a link if you would like to help with expenses.