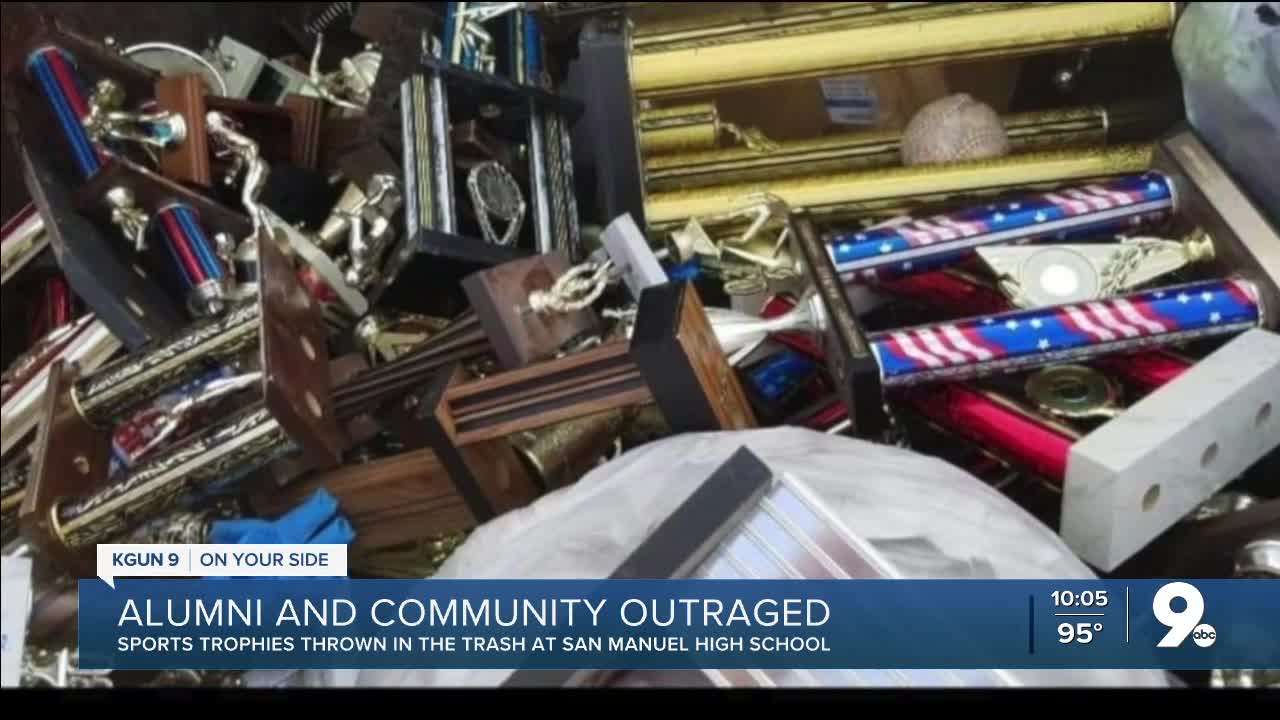 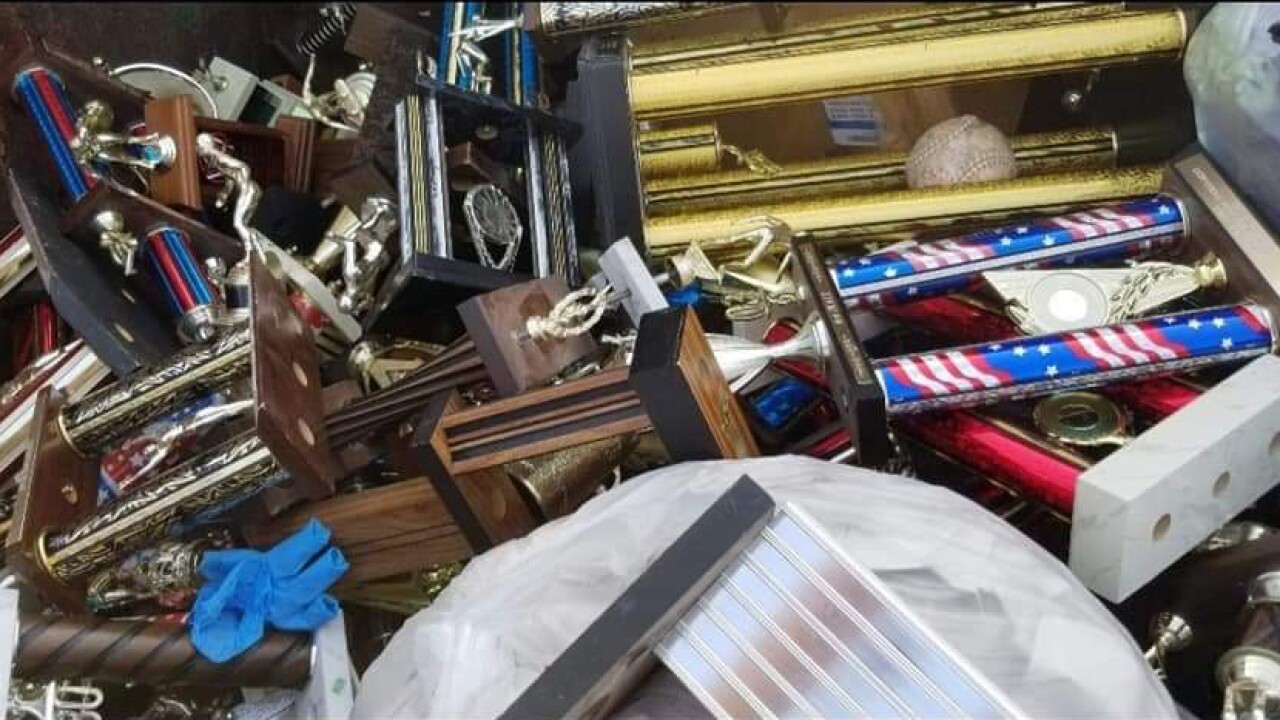 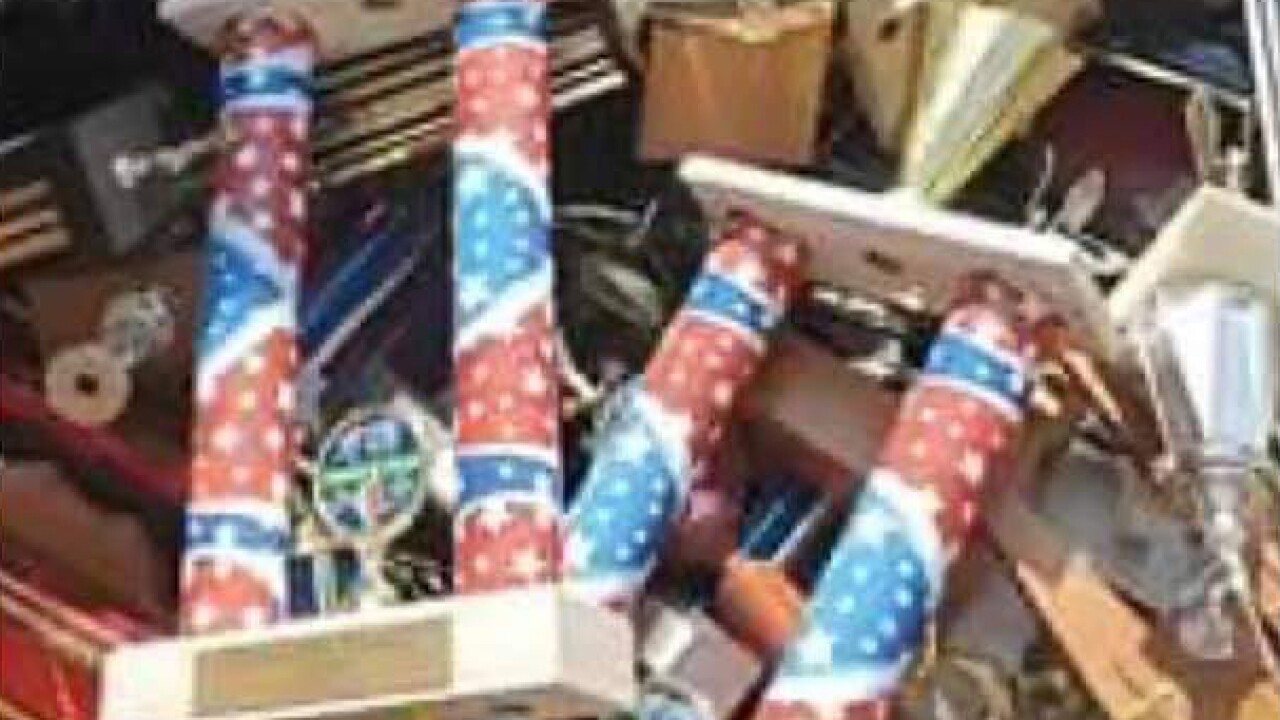 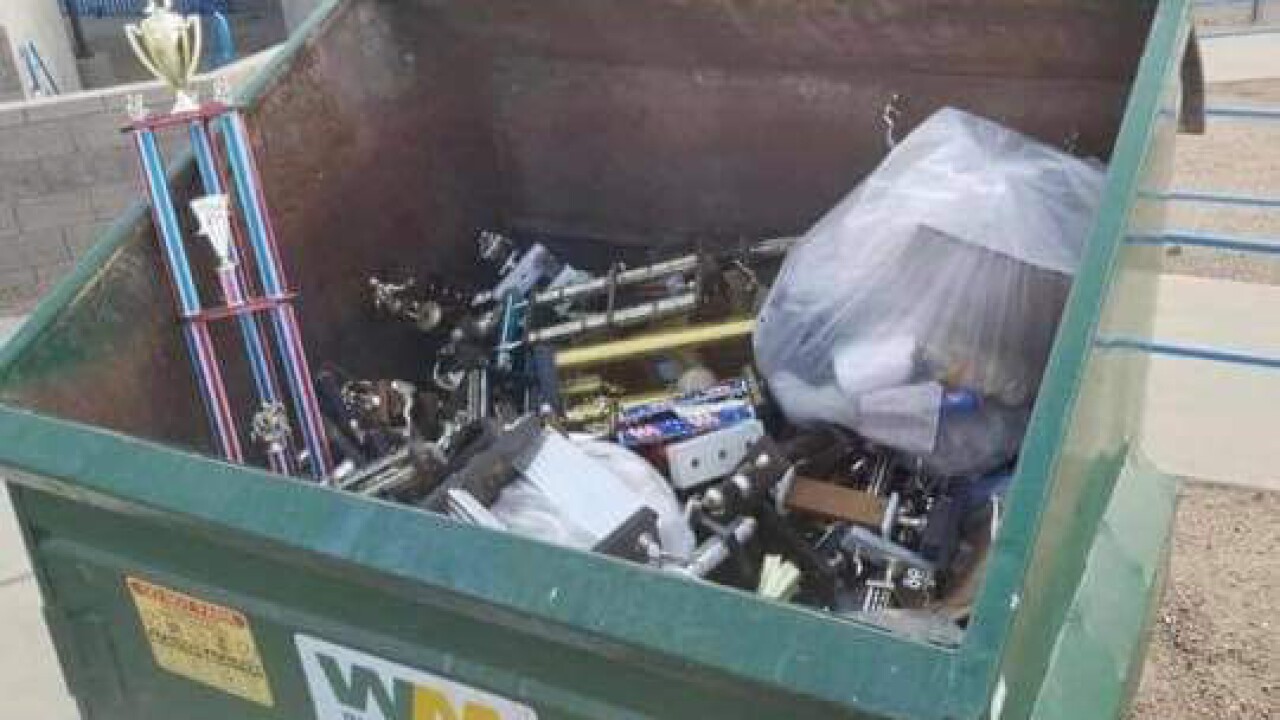 TUCSON, Ariz. — Residents in the San Manuel, Oracle and Mammoth tri-community are upset after finding out that sports trophies and awards from San Manuel high school were tossed out. Now they want to know who’s responsible, they also want reassurance that the trophies are recovered. The discovery was made on Monday morning and that's when word of what happened quickly spread to former students and parents in the community who shared their outrage on social media. Some locals even went down to the high school to dig the trophies out of the dumpster and were stopped by school staff.

Former San Manuel student and coach Vince Majalca was one of the first to speak out online. He’s now a wrestling coach at the University of Arizona, but says his drive to succeed started during his time at San Manuel high.

“Everyone was upset about this even people who weren’t athletes at San Manuel. I immediately went on Facebook and posted a video. I wanted everyone to reach out to the school, make phone calls and find out why did this happen, who made the decision, and how can we get these trophies back before the garbage is dumped,” Majalca said.

Majalca also says there are over 60 years of school pride and history that goes into every single award. All of it is symbolic of the accomplishments made by the San Manuel Miners.

“I’ve been coaching for 20 years now and 10 at San Manuel. I was an athlete there for 4 years and to see all of that history and prominence and work discarded really upset me I almost balled on that video. So many coaches who have passed away and athletes who have died some that have served this country in Vietnam and lost their lives performed for this program,” Majalca said.

KGUN 9 reached out to leaders at the Mammoth-San Manuel School District to find out how the trophies got dumped in the first place. According to superintendent Julie Dale-Scott, it was all a miscommunication adding that some awards are still on display at the high school. The district also released the following statement:

The circumstances that occurred with the Miner trophies is a misunderstanding. It was not something that was planned or directed. I realize that the Mammoth-San Manuel community is one that has had a lot of loss, to start with its copper mine and on to several schools and business closures. It therefore is disturbing that this event has even occurred. The actual intent, was to showcase the achievements that created our Miner pride. Currently, the trophy cases in the gym highlight our achievements over the last 67 years in each sport and our hope is that we can add more eventually. We are very proud of all Miners and realize as educators that not everyone is a bookworm and each of our Miner family has a different talent. Athletics is a bridge to education for some students. Students try harder in their academics because they really want to be on the field or court. Athletics builds confidence and the right coaching can create opportunities. Some of our athletes have gone on to play in college, the semipros, and even on professional teams. We are very proud that they call themselves a Miner.
My hope after retrieving what were some of the team tournament and invitational trophies is to work with our community members to not only find a way to treasure those trophies, but continue to build on our Miner pride. We need to honor the past and allow our young students that continue through our small school to feel what Miner pride is as well by adding new memories.

Majalca is planning to meet with district leaders to find out about the cost of restoring the trophies that were damaged and is working on getting a new display case in the future. All of the dumped tournament and invitational trophies were recovered and are currently being stored in a secured area until a new space is found.

“I reached out to alumni to raise money and restore everything and add a deeper history. Something better than what we had before,” Majalca said.