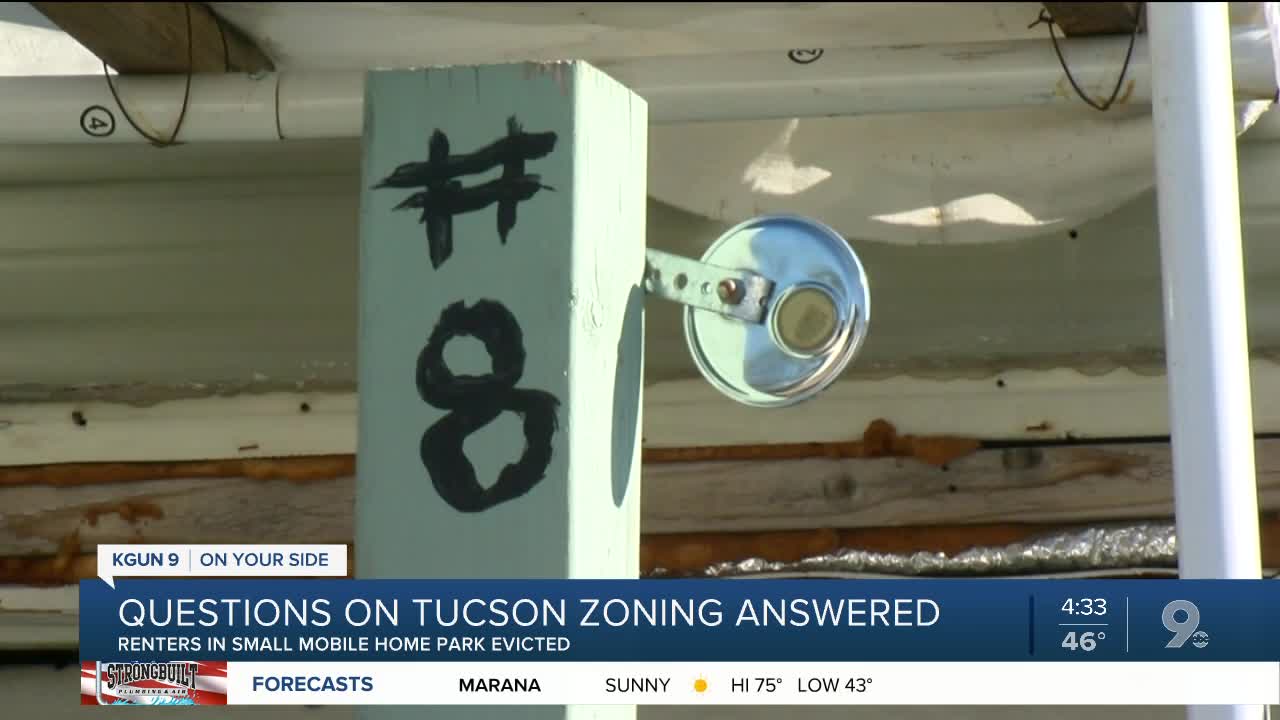 A Tucson woman says the people in her mobile home community are being evicted because of zoning issues and they can't afford to move. 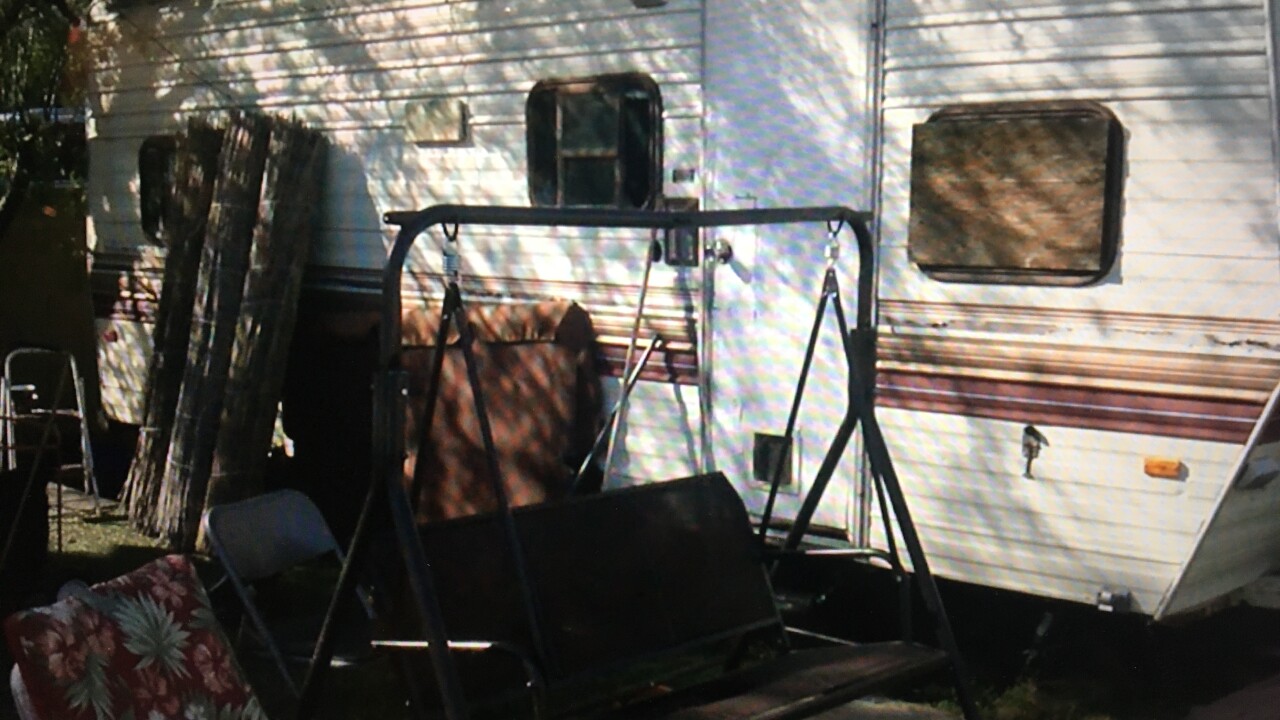 TUCSON, Ariz — A Tucson woman says the people in her mobile home community are being evicted because of zoning issues and she can't afford to move. Kathy Clair is worried about her future at the Shady Lane Trailer Park at 1681 West Prince Road.

Clair says the last 5 years were good. Then she got a 30-day eviction notice from the owner of the property in January.

She claims the City of Tucson is changing the zoning on the property and now some of the tenants who have been there for years have to move their RVs off of the property.

The concerned renter went down to city hall with a megaphone to ask mayor Regina Romero for more time to move out. According to the owner the RVs were grandfathered into her site plans for long-term rentals when she bought the property in 2010.

"One person has been here for 15 years. We need more time we're poor give us six months. The owner of the property says she's devastated at the loss of income," Clair said.

The owner brought her old and new site plans to the KGUN 9 studios and said her new plan that included the RV's was approved on December 3. 2019 and denied on the same day. Longtime park manager Tony Russo says he's worried that some of the renters will be homeless.

"Most of them are on Social Security and SSI. I want this RV thing to be reinstated so we can get these people back in so the people there don't have to worry about where they're going to go how they're going to live," Russo said.

KGUN9 went down to city hall with questions and city leaders say they're not evicting anyone.

According to the city a 2019 sewer complaint to code enforcement revealed other safety issues on the property including more RV's than the city allows. KGUN9 spoke to Clayton Trevillyan with planning and development to clarify the situation. He says the park never had a grandfathered status.

"This park has a non-conforming status which means in some point in time the property was approved for a specific number of units and configuration of the park. Of those 28 units they would be allowed to have seven permanently established RV''s that are permanently connected to utilities," Trevillyan said.

The site is limited to 28 units because only 28 utility spaces were built into the original site plan. Additions to the park must be approved by inspectors. If the owner wants to change the zoning for more space. It can take up to a year to process the paperwork. The city is also helping the renters with federal funding for housing and suggested an RV park four blocks away.

At this point, Kathy and her neighbors are still hoping to stay on the property. The city is sending updated documents to the owner outlining the zoning and code enforcement process.

"We're a community and we help each other out and its devastating for me to lose a community of people who watch out for my son when I'm gone," Clair said