KGUN 9 gets answers and resolution within hours 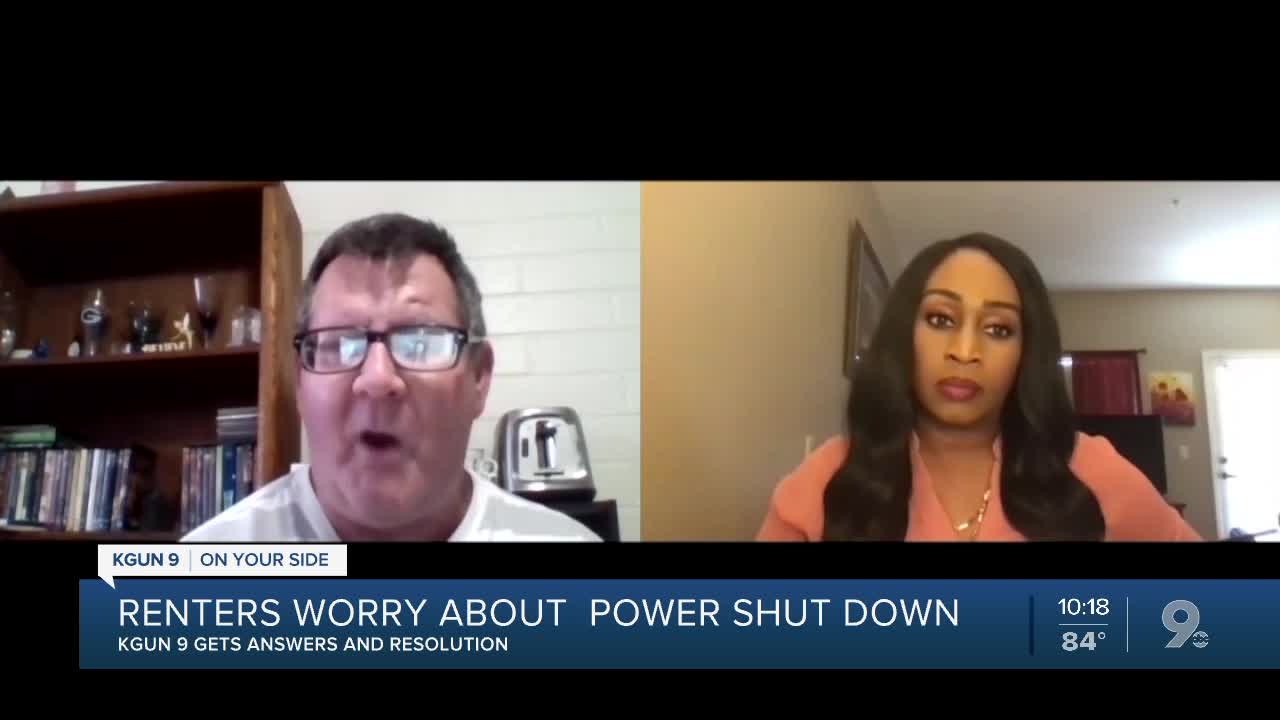 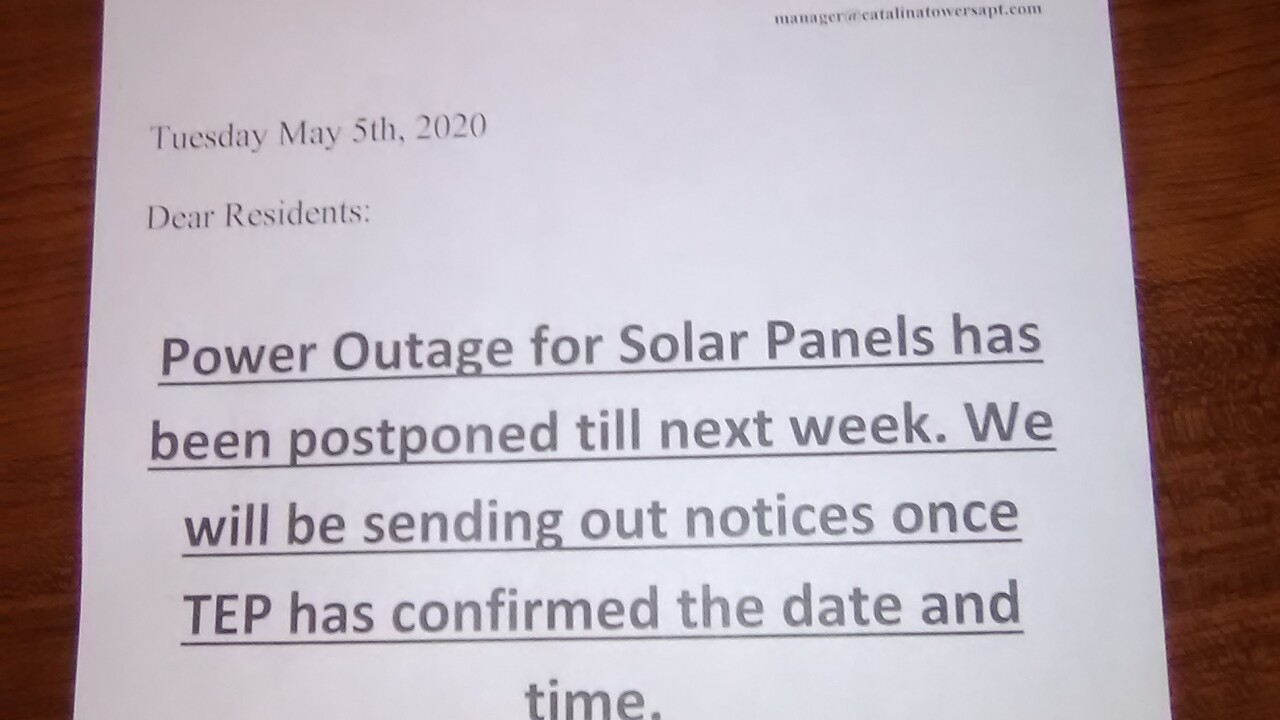 TUCSON, Ariz. — Temperatures are going up in the Old Pueblo and solar panels will be working as the summer rolls in. Jeff Goer, a renter at Catalina Tower Apartments at the 2400 block of N. Haskell Dr. says a solar panel installation set for Wednesday, May 6th might be a big problem for his community. Goer received a notice from management on April 28th about the installation he says it should happen on a day when temperatures are lower to help residents during the process.

"They started the installation on the roof and covered parking this started back in December. The COVID-19 thing is going on right now people don't have anywhere to go,"Goer said

Installation at the 5 story 183 apartment complex can take between 8 to 10 hours and Tucson Electric Power would have to shut off the electricity for safety. All of this on a day that might reach 105 degrees. Goer also says he's worried that others won't turn off their electronics in case of a power surge.

"We have people on upper floors in wheel chairs. I have a neighbor who doesn't even have a phone and can barely make it to the elevator. The power will be off what is he supposed to do,"Goer said.

KGUN 9 made multiple calls to the manager of Catalina Towers , TEP and installer Solar Gain. Within hours of making contact via email and phone a representative from TEP said they were willing to reschedule the shutdown for their customer. As for the installer Solar Gain, Chief Financial Officer Ron Leuzinger responded with the following statement:

"The time and date which the Catalina Towers facility will be without power in conjunction with the installation of the solar energy system has been postponed. Some background on this procedure which is routinely referred to as a "power kill". It is needed to perform the final connection of the solar system into the utility grid and for TEP and the City of Tucson to perform final inspection for approval to operate the system. Once achieved, power is restored to the facility and its residents will enjoy the benefits of green energy.

The initial selection of the "power-kill" date set for tomorrow was based on the request by Solar Gain to TEP approximately two weeks ago. Once the procedure is requested, TEP sets the scheduled time and date. Normally the preparation process requires 4-5 hours of Solar Gain's time on site and the remaining block of time is allocated for TEP to do their inspection and approval steps.
Given the unexpected warm temperatures for this time of year, the event will be rescheduled to begin at 5:00 am with TEP on site during the initial steps by Solar Gain in order to minimize the overall window of time that the facility will be without power, while leveraging full daylight to enable the safest of working conditions. The safety and security of our customers, team members, and those around us is always our first concern. Solar Gain is working with TEP to target a reschedule of this procedure for next week, when temperatures are expected to subside a bit."

KGUN 9 also received a photo of a new notice from the apartment complex and management confirmed that they are looking to get installation done next week. The work is expected to be finished before temperatures start to peak in the early morning hours and that's exactly what Goer wanted to hear.

"Once it starts going up its going to be 90 degrees by noon. Make so people can survive it," Goer said.