Local motorcycle club fed up with illegal dumping behind clubhouse 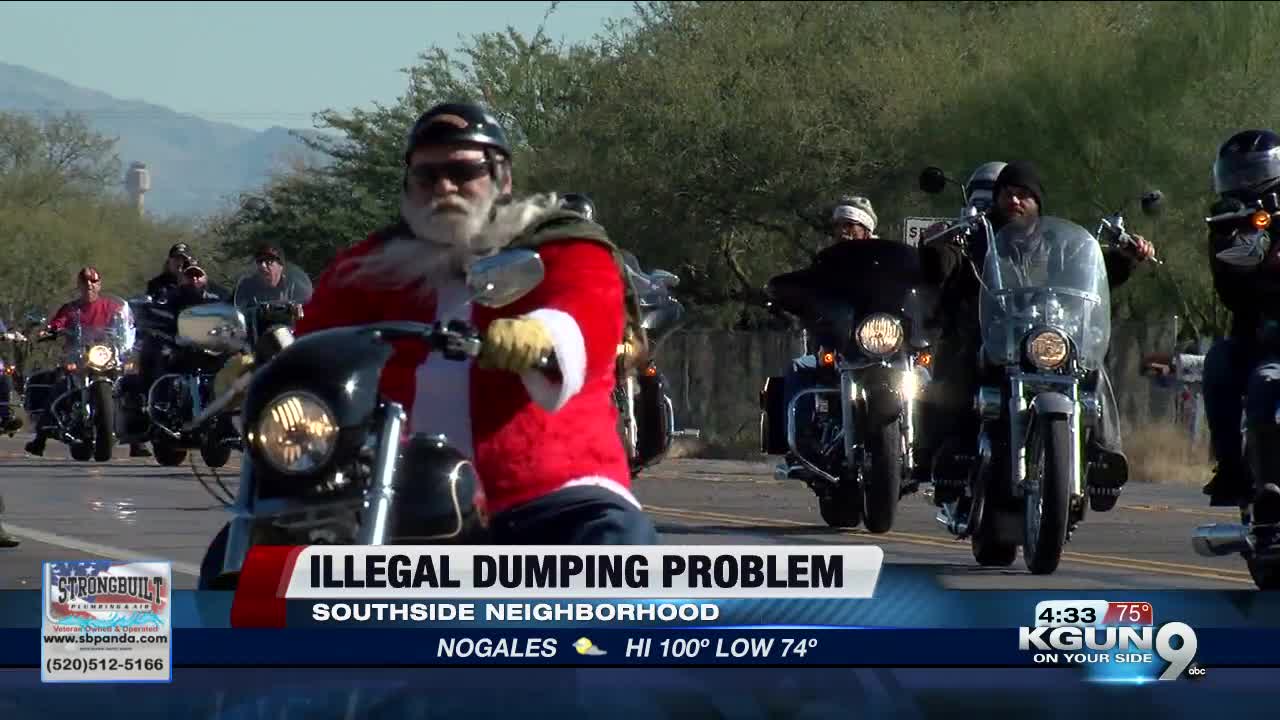 Members of the Sun Riders motorcycle club in Tucson say they're fed up with illegal dumping behind their south Tucson clubhouse at the 2800 block of Los Reales. 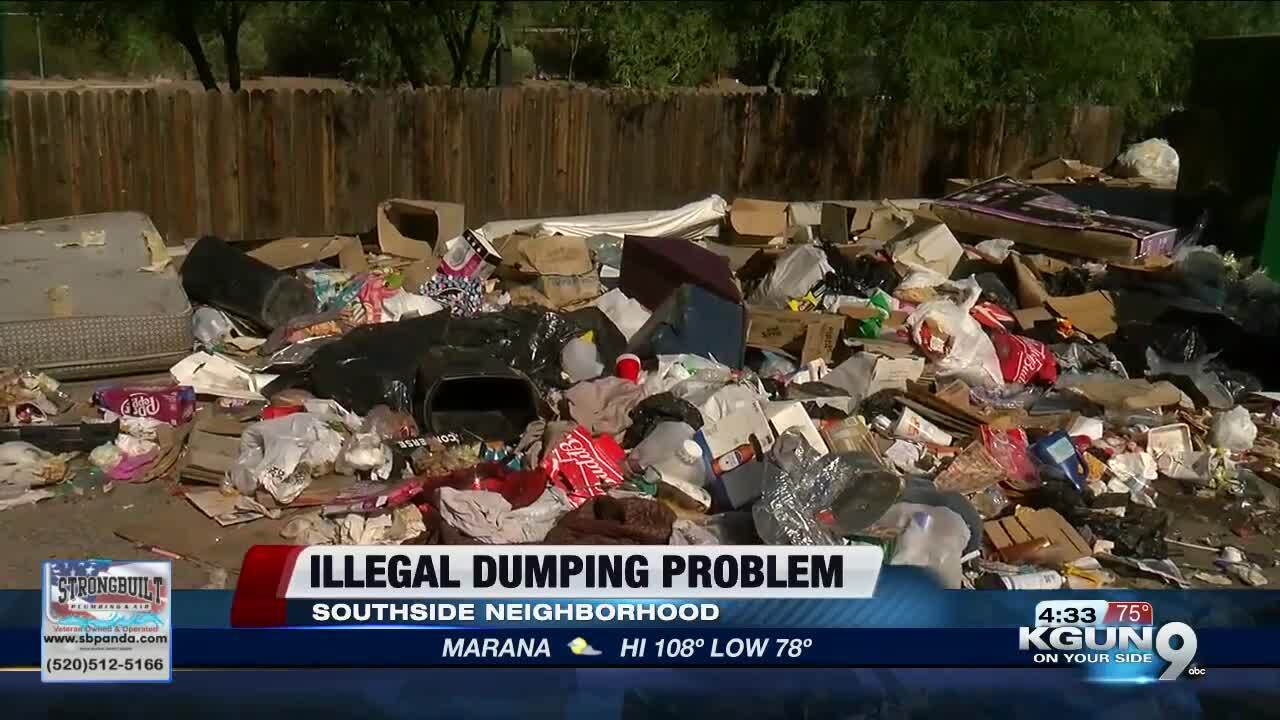 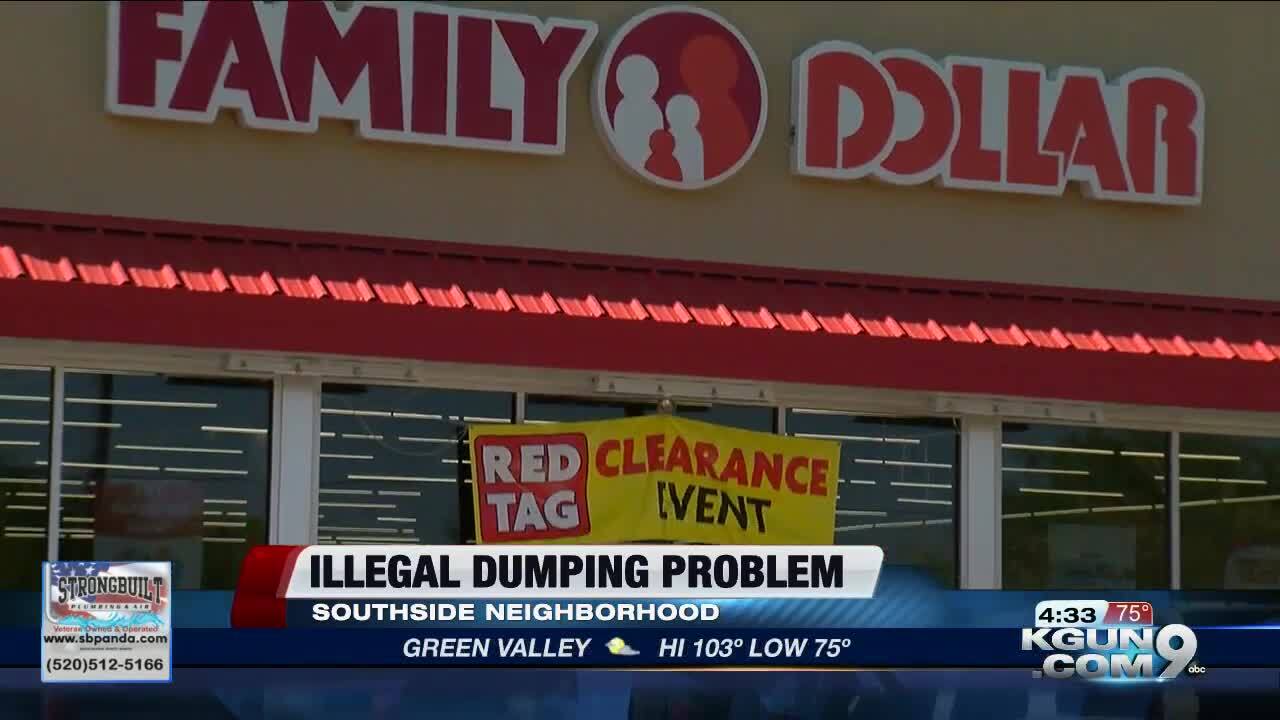 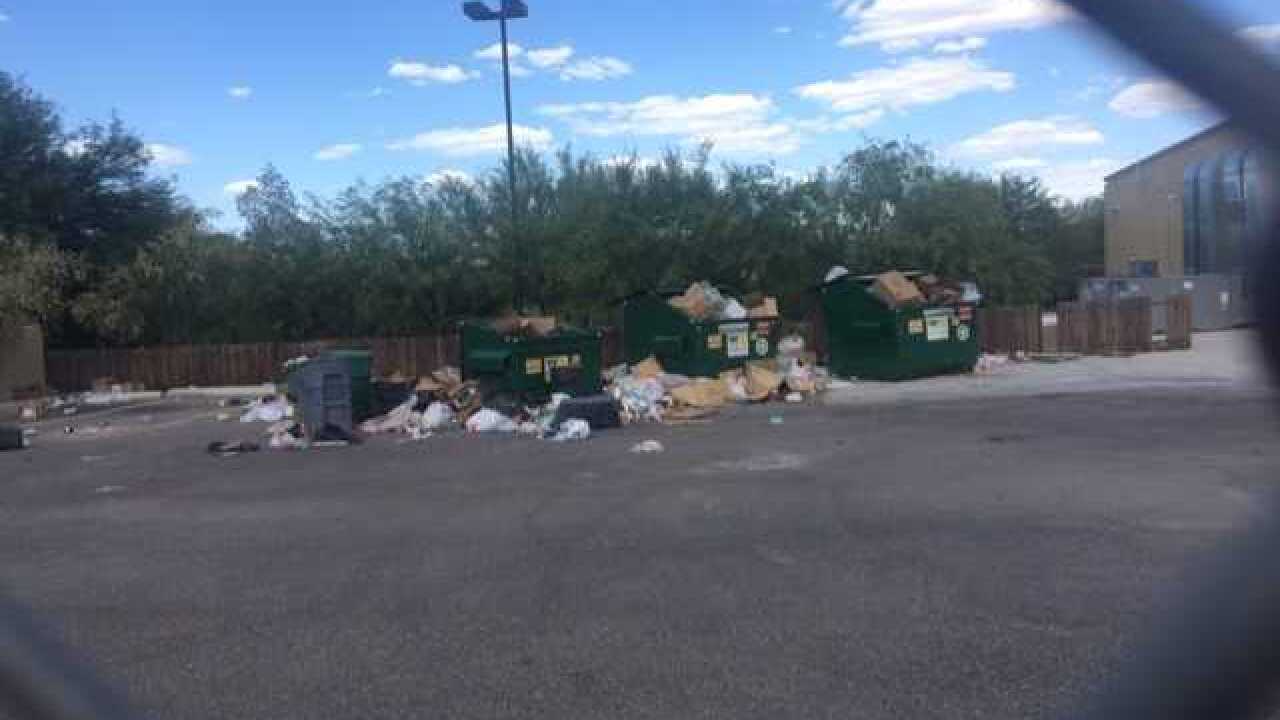 TUCSON, Ariz. — Members of the Sun Riders motorcycle club in Tucson say they are fed up with illegal dumping behind their south Tucson clubhouse at the 2800 block of Los Reales.

Members called 9 On Your Side for help and KGUN9 found out Family Dollar, who owns the property, has received multiple violations over the last three years. The Sun Riders contacted Family Dollar, Pima County and Tucson city officials for a resolution but they say things have not changed.

Club member Beast says they have confronted dumpers and at times the tensions were high.

"They are not helping anyone they are just lazy scumbags who obviously don't care about the community. We've had actual confrontations with the illegal dumpers where it almost resulted in violence. We're tired of looking at garbage and smelling it, " Beast said.

The motorcycle club moved into its location over two years ago and has had problems from the start. They've seen the trash piles escalate over time.

Illegal dumpers are tossing everything with it landing and falling allover the Family Dollar parking lot.

"It's gotten out of control, it has progressively gotten worse in the amount of time that we have been here. It's anything and everything that people don't want. It's garbage, tires, mattresses, couches and drug paraphernalia ," Beast said

The club has been holding toy drives for the past 38 years and they say that visitors, especially the children, should not be exposed to the trash left next door to the music stage in the back yard.

"We put in the biggest toy parade at Christmas time in southern Arizona.... This is not what we want our guest to experience a trash heap next to our collection of toys for the children."

According to the Pima County Department of Environmental Quality, there have been at least 6 complaints filed against Family Dollar since 2016. The Sun Riders say they plan to stay at their current clubhouse and want the situation resolved as soon as possible.

"We're not going to let a bunch of trash dumpers make us leave from out home we don't plan on going anywhere," Beast said.

The county is planning to have inspectors keep tabs on the property. The Sun Riders tell KGUN 9 that video cameras have been installed and they hope to catch offenders in the act. Once caught, the fines levied will be as much as $500 per incident.