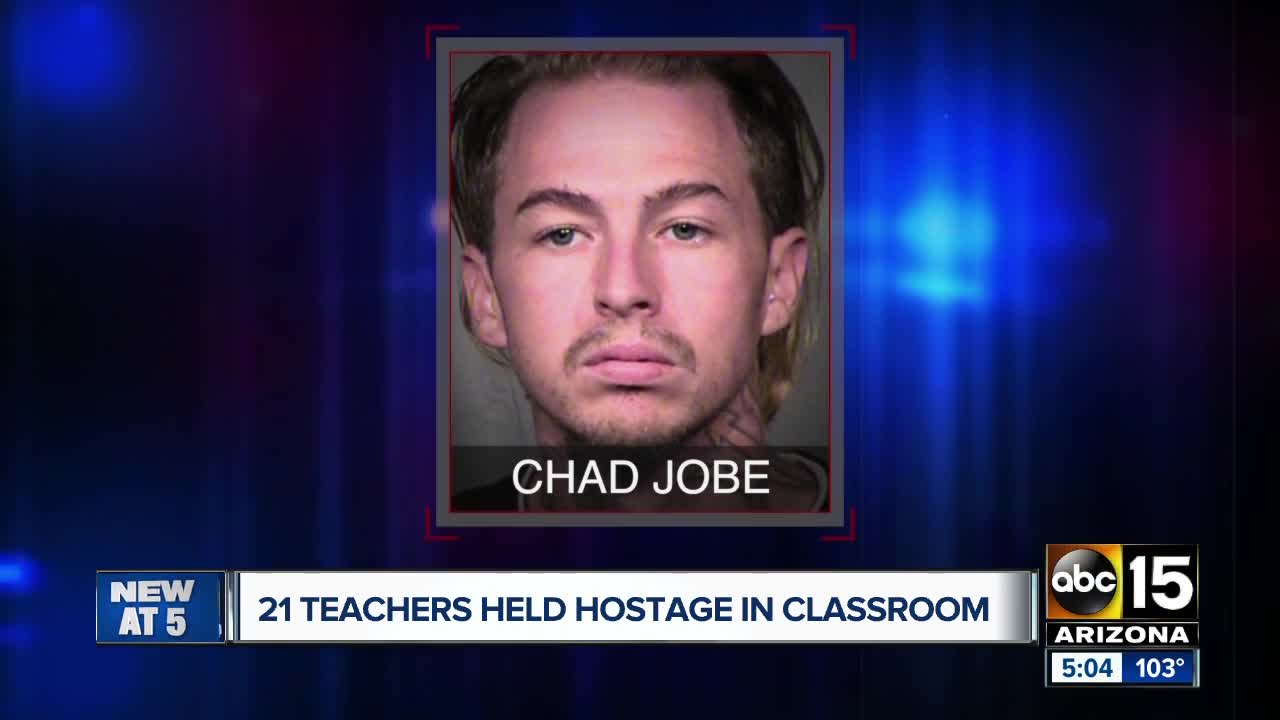 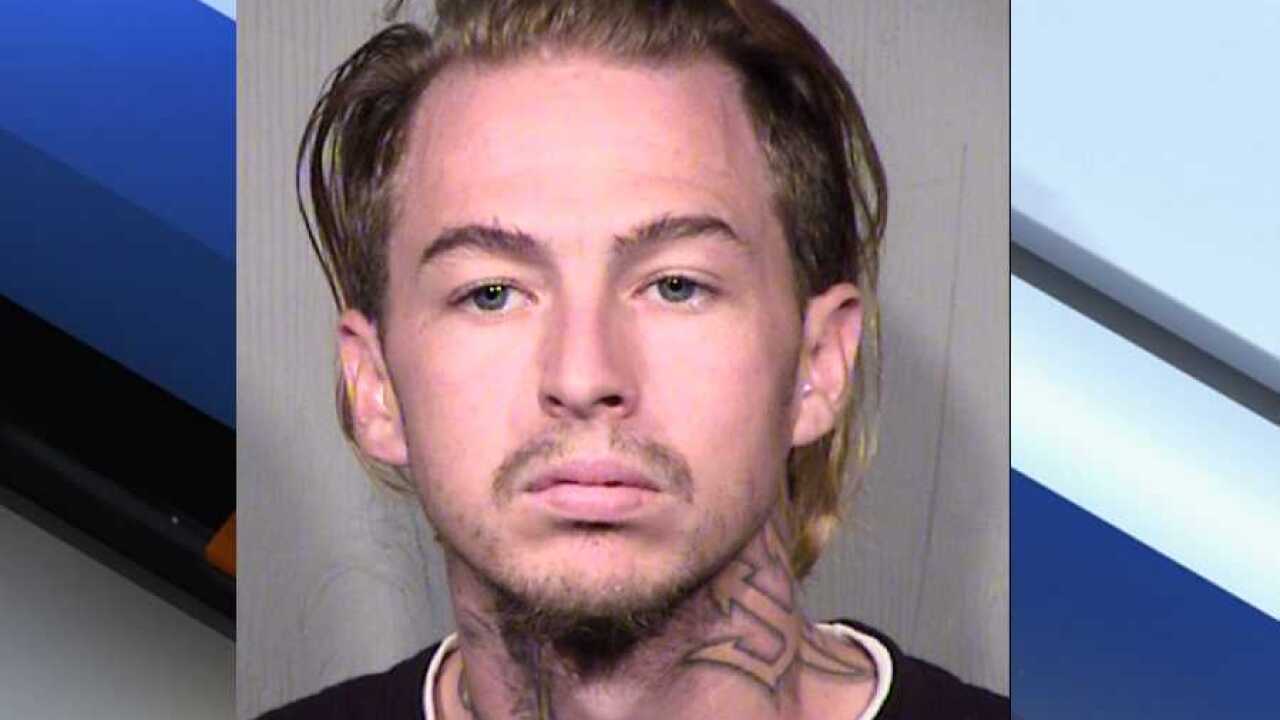 On Monday, July 29, officers were at an apartment complex near 43rd Avenue and Bell Road looking for 24-year-old Chad Jobe in connection with a felony warrant for a probation violation.

Officers spotted Jobe running south through the complex. They followed after he jumped over the wall and watched as he entered a building belonging to Northwest Christian School.

One of the officers say he heard Jobe say he had a gun as he ran through the hallway, according to a probable cause statement.

Jobe ran into a classroom and closed the door. Police checked with neighboring rooms and learned there were 21 teachers inside the room with Jobe.

Officers entered the room and say Jobe complied with commands as he was taken into custody.

Jobe denied ever saying he had a weapon, though several teachers told investigators he told them he was armed when he closed the door to their room.

A message seeking comment from the school was not immediately returned.

Jobe was arrested and charged with twelve counts of kidnapping and one count of resisting arrest.

Arizona Department of Corrections records show Jobe has two previous convictions, including a seven-year sentence for armed robbery that was completed in March 2018.

A judge set his bond at $50,000 cash only. He remained in custody as of Thursday afternoon, according to online Maricopa County Sheriff's Office records.