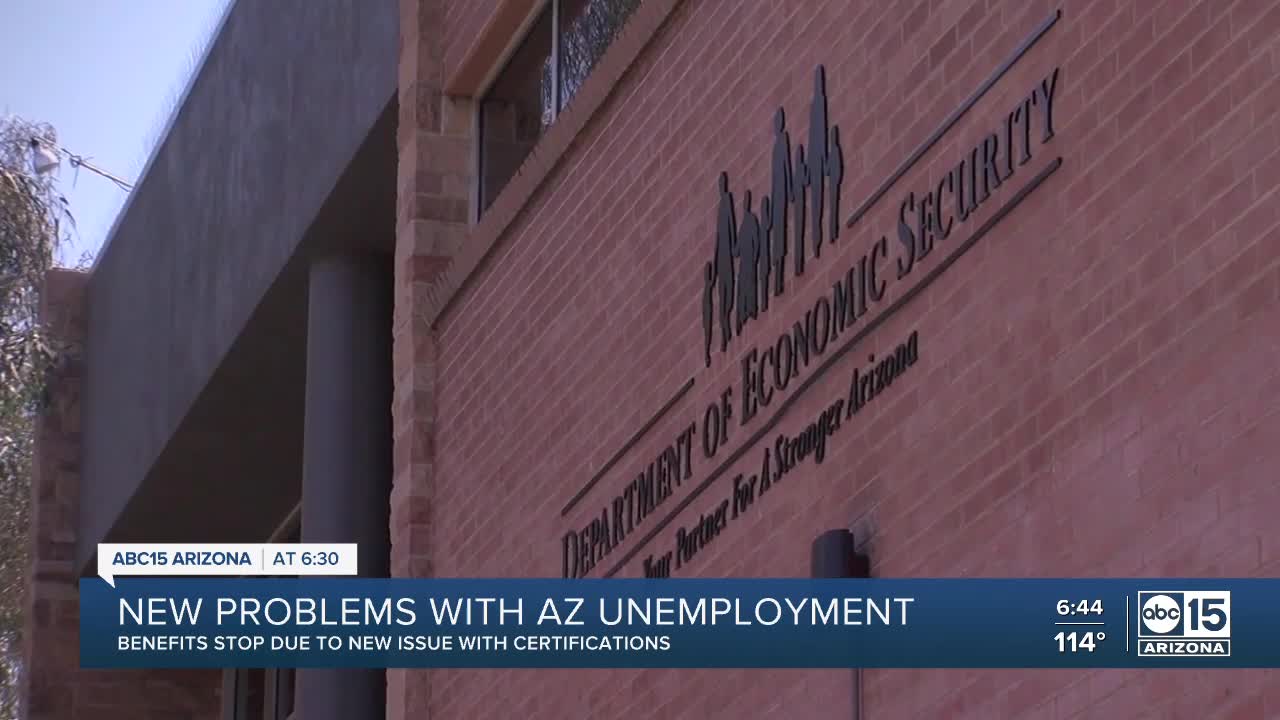 Benefits stop due to new issue with certifications.

For many Arizonans, the problem with delays in unemployment insurance isn't just about not getting paid. It's also about how people feel they can't get a straight answer from anyone about what is really going on.

Sarah Bilger tells ABC15 she has gotten several different answers about why her unemployment payments stopped seven weeks ago from the Arizona Department of Economic Security (DES).

"That it's an IP issue. The other ones have been they can't see any issue on my account-that they don't understand why it's being held up," she said. "Then I was told that I was sent to an adjudicator on the 23rd. The last time I called, which was the other day last week, they said that there was no adjudicator signed to my account. And again, they don't know why."

Bilger, who lives in Florence with her 12 year-old-son, was laid off from a catering business in March. She was able to draw unemployment insurance quickly but by mid-June she says the money stopped.

It's been extremely stressful," she said.

This week there was a new problem.

"I noticed that all of my answers for why I'm unemployed have all been changed," she said.

And those answers are important because they determine eligibility to be paid from week to week. If they are answered fraudulently or missed, claimants can be disqualified or have their claim dismissed.

ABC15 has heard from several Arizonans about the issue and asked DES about it since Monday.

Just before our story aired on Friday spokesperson Brett Bezio sent a response saying in part, "The Department became aware of system changes that impacted questions and responses available within the PUA weekly certifications portal. While the vendor works to restore the full list of CARES Act scenario options, claimants will be able to select “A reason not listed above” and insert a specific reason as to why they are unemployed as a direct result of COVID-19."

No word on how many are affected, but the statement continued, "we are working with the vendor to revert any answers provided on past certifications to the answer claimants provided. Claimants who already filed a certification do not need to do anything at this time as DES will contact them if additional information is needed."

But Sarah wonders if this newest glitch in the system is what's holding up her claim. Either way she's not sure what to do next.

"I got so many back bills like I am past due on every single thing. Getting caught up is just, I mean, it's overwhelming. I don't even know where to start, where to begin, where to end. What to go ahead and let go."