SONOITA, Ariz (KGUN9-TV) - Firefighters are mopping up after the Mulberry Fire, working to make sure it will not flare up again.

The fire began Saturday just east of State Road 83.  Wind pushed it east until it covered close to 18 hundred acres.

It's 65 percent contained now.  Investigators call the cause undetermined.  When the fire started there was no natural cause like lightning.

The fire destroyed one home, and now a family is hoping for help to rebuild what it lost.

What is now dust, ash, and charred debris, was the cherished home for 78 year old Betty Ecret for 25 years. 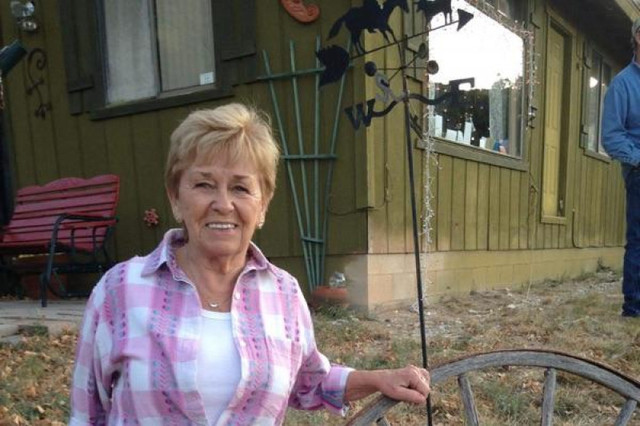 It was a beautiful background for family gatherings. Now it is the one home consumed by the Mulberry Fire.

Betty was out of town visiting a great grandson.  She is unhurt, except by the knowledge everything except what she has in her suitcase---is gone.  Her family says she had no insurance.  She does have a history of being active in her community. She volunteers many hours with Saint Vincent de Paul, is a member of Saint Rita's Church and works for Corona Foothills Middle School.

Now her family has set up a Go Fund Me page to try to raise money to help her recover and rebuild.

Nearby, a state firefighting crew from Florence has been hunting down hotspots to make sure the fire will not rekindle here.

They dig into the soil, and sometimes touch the dark earth with the backs of their hands, to sense even a subtle increase in heat.

While fire crews work to avoid fresh destruction, crews from Tucson Electric plant part of what will help this community recover---power poles to return part of the modern world where ancient forces burned through.