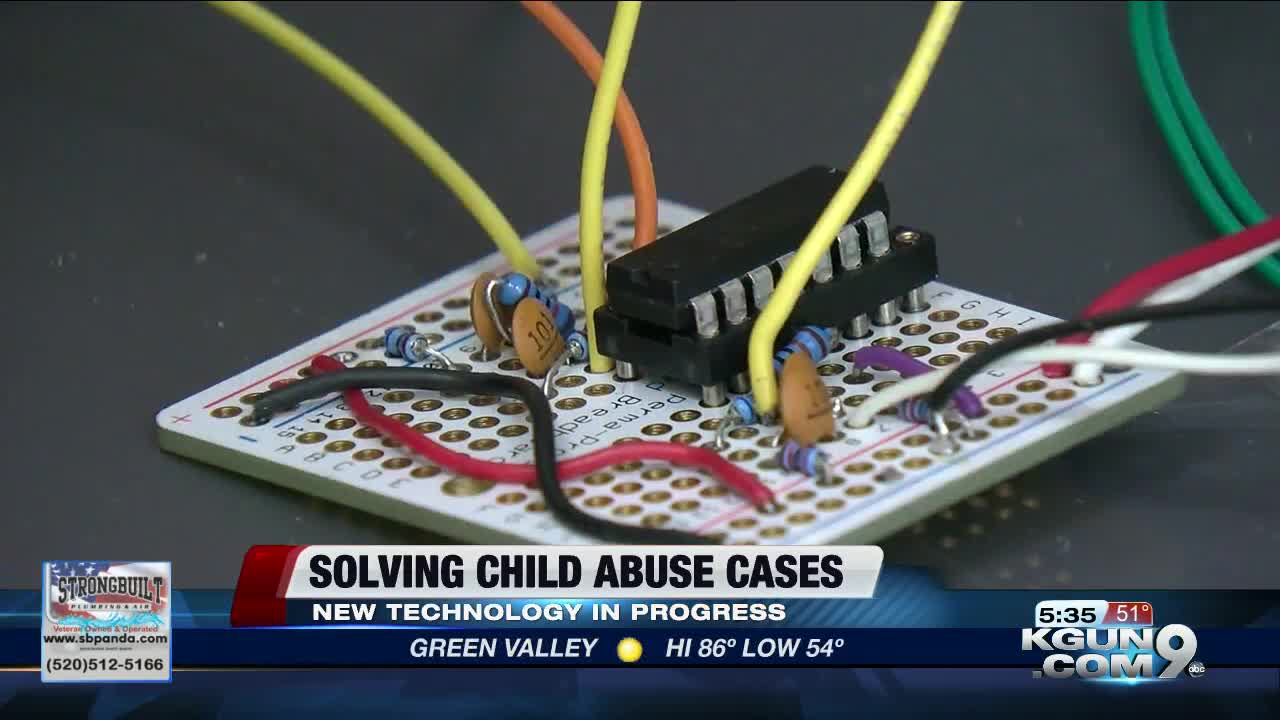 TUCSON, Ariz. - Engineering students at the University of Arizona are working on building a device that would help combat child abuse.

The device will be used to determine how long a bruise has been on a child's body - allowing for further determination of exactly when the child got the bruise.

"Many child abuse victims are under the age of three and that's due to the fact that they are unable to communicate verbally the details of their incidents," said Samantha Davidson, the student team lead.

The piece of technology will determine the age of a bruise by measuring how it reflects light.

"The way we're going about that is by taking intensity and wavelength of a bruise and we can take that to calculate the age of a bruise," said Davidson.

Engineering students were brought the idea to build the device from the director or the Southern Arizona Children's Advocacy Center, Dr. Dale Woolridge and Urs Utzinger, an associate professor at the University of Arizona.

The team began planning the device back in August of 2018 and moved on to building the prototype back in January.

Students and their sponsors hope to finish the device as soon as possible in order to give doctors and social workers access to it.