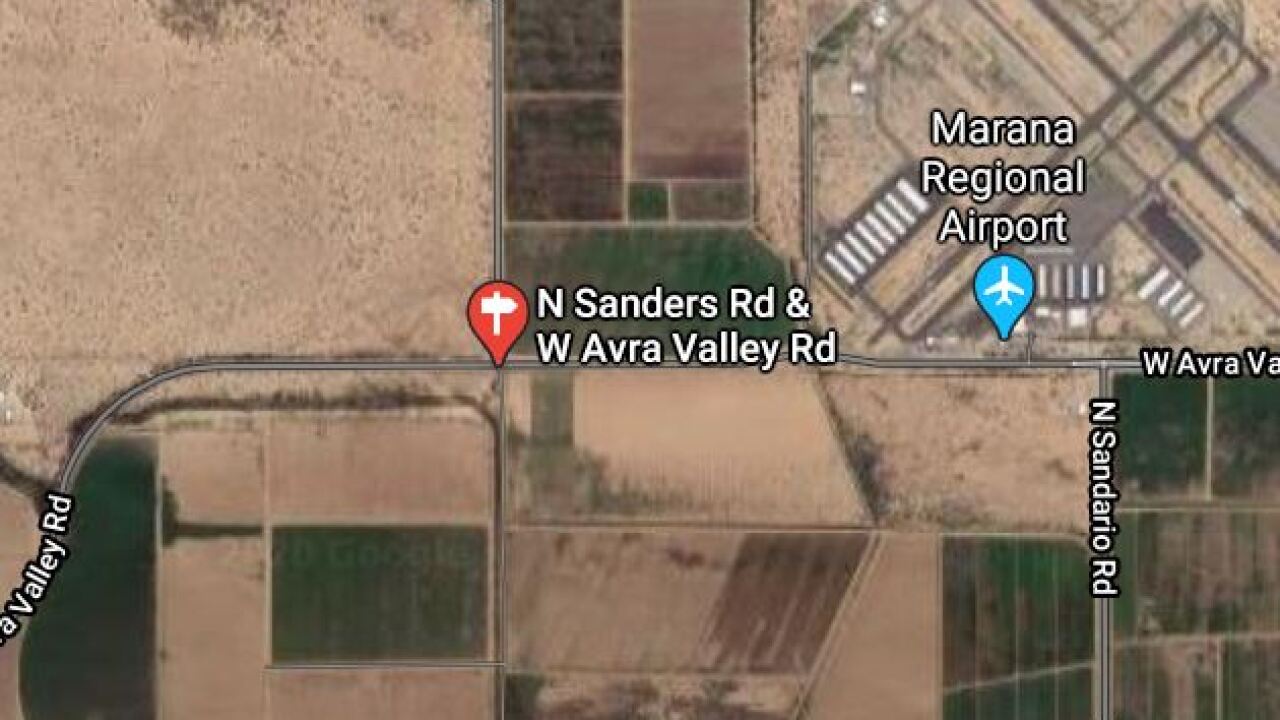 Copyright 2020 Scripps Media, Inc. All rights reserved. This material may not be published, broadcast, rewritten, or redistributed.
Villarreal, Phil
Pima County Sheriff's deputies investigated a wreck that shut down Avra Valley Road in both directions Monday. Photo via Google Maps.

According to the department, the wreck involved two cars and was between Sanders and Clayton Roads. It happened at 6:30 a.m.

One motorist -- 59-year-old Richard Mager -- died and another was transported to the hospital with serious injuries.

Speed was not deemed to have been a factor in the wreck.