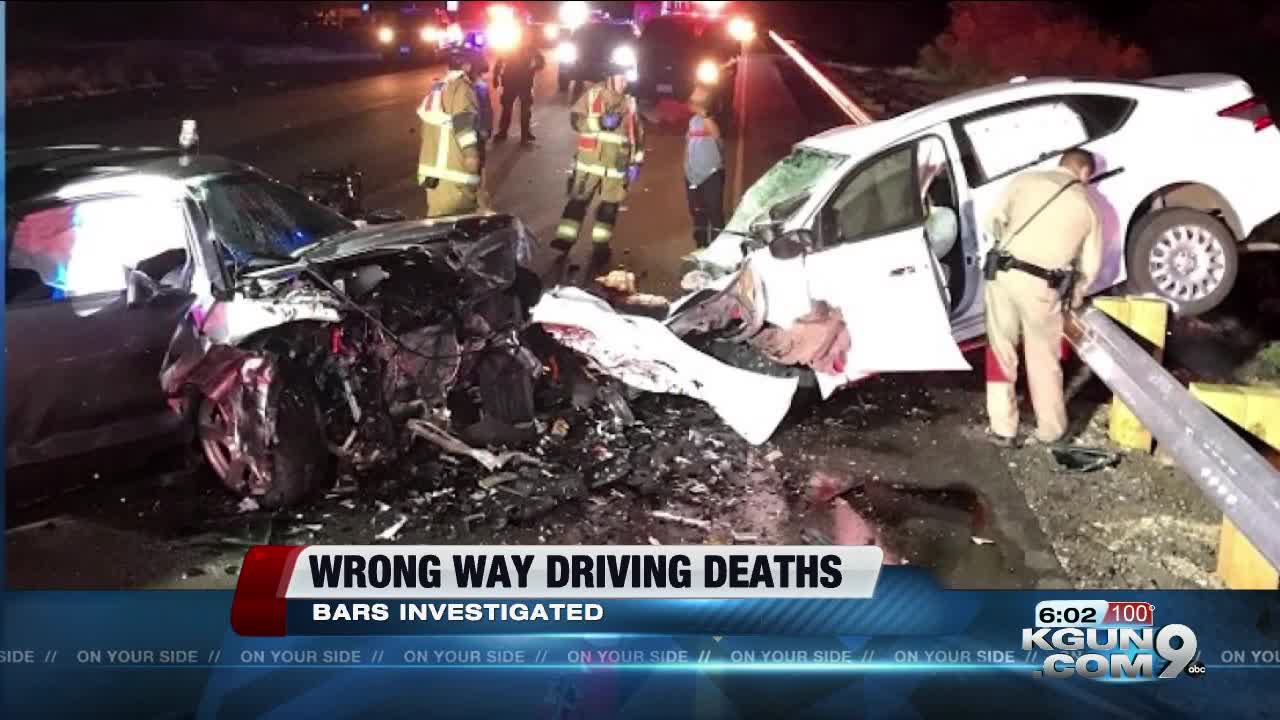 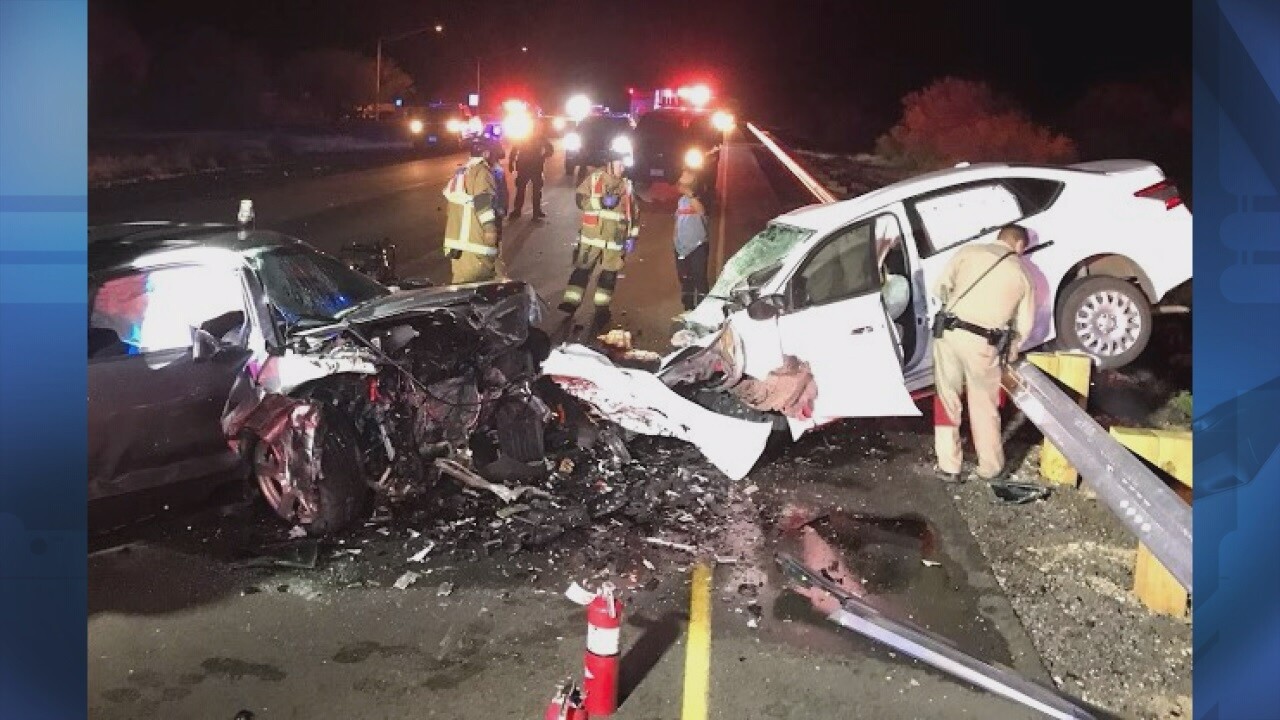 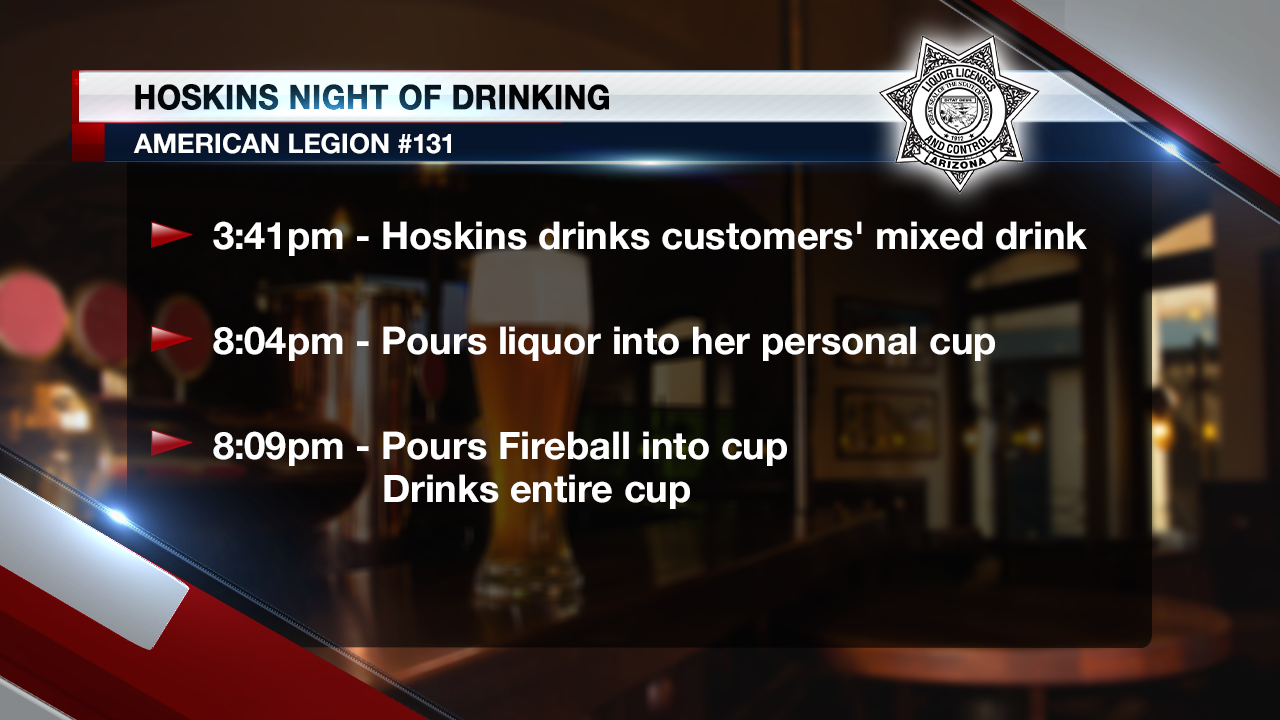 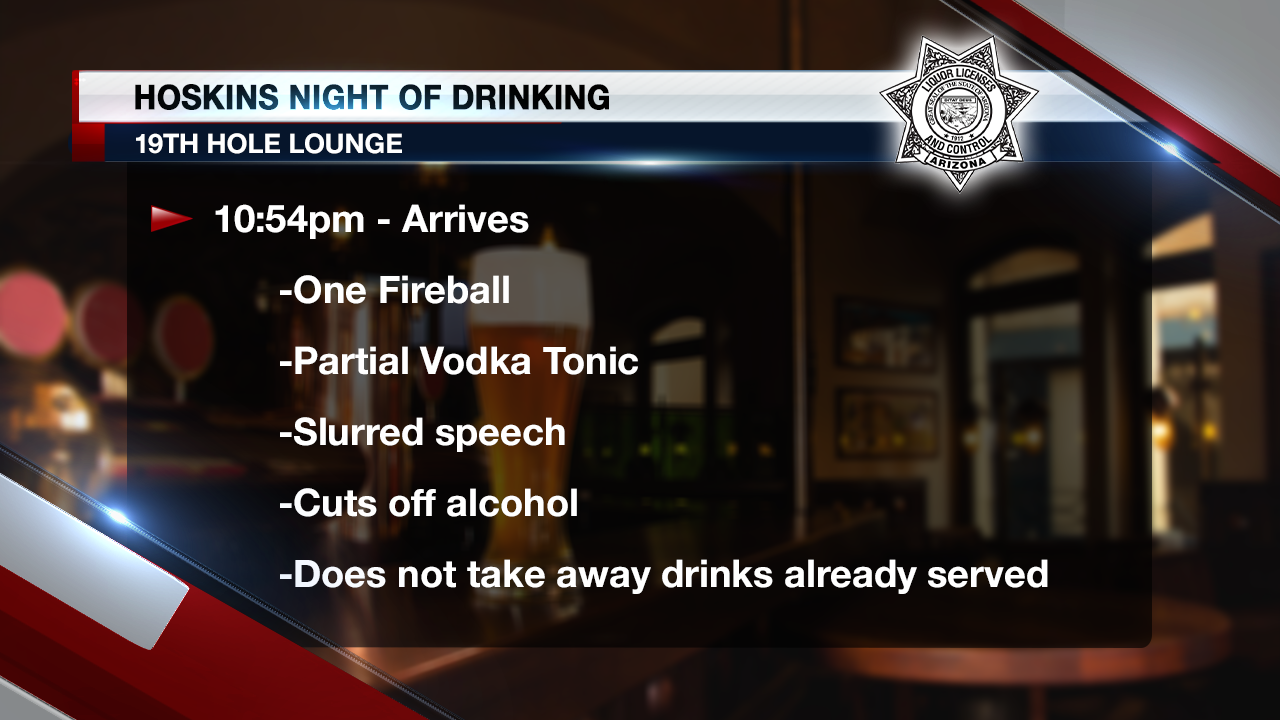 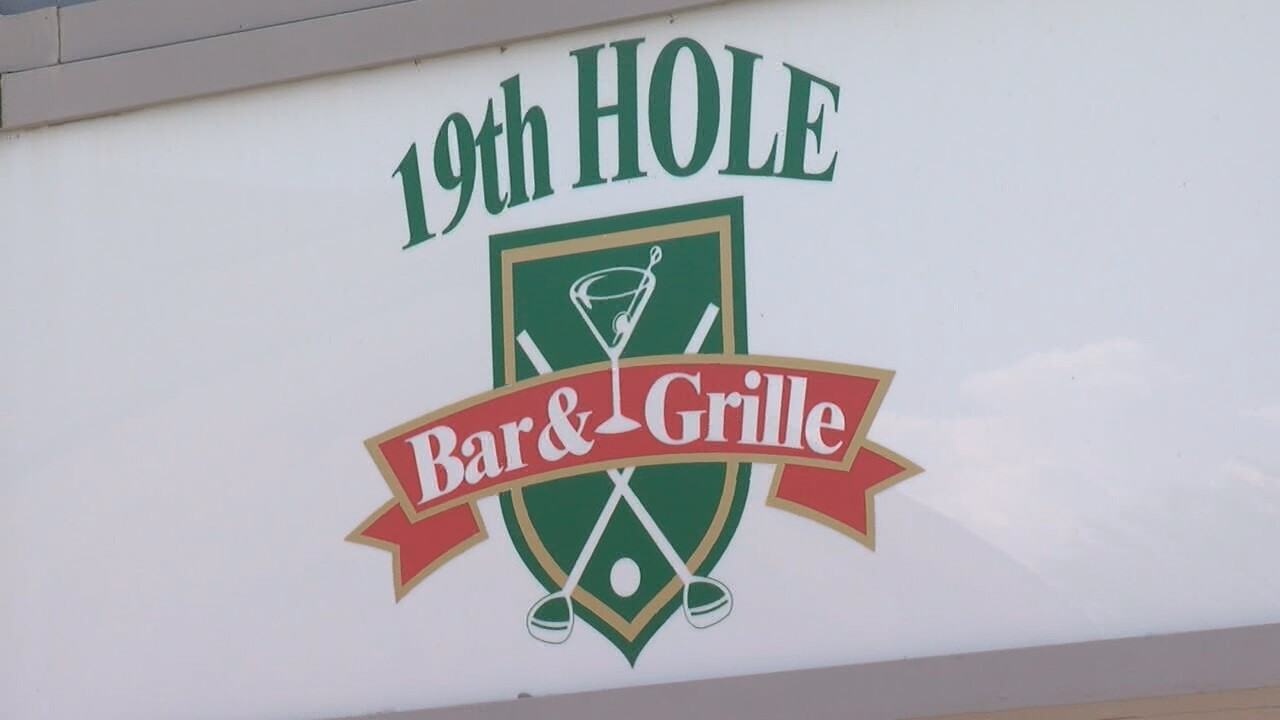 TUCSON, Ariz. - Hours of drinking -- at three different locations -- led up to a wrong way crash -- that killed four people on I-19.

That's the conclusion of a report by state liquor investigators.

Now two of the three restaurants could face state penalties.

Four people died in this wreck on I-19. Three members of the same family, and the woman who drove the wrong way and hit them.

The incident happened in May but the investigation of the state Department of Liquor Licenses and Control has just been released.

It says the wrong-way driver drank alcohol for a span of at least nine hours before the wreck.

That day Tambra Hoskins worked as a bartender at Green Valley's American Legion Post 131 Surveillance shows she drank from a personal cup throughout her shift but cannot determine if there was alcohol in that cup.

But at 3:41, video catches Hoskins drinking from a customers drink.

As her shift is ending, she's seen pouring liquor, then Fireball liqueur into her personal cup and throwing it down.

Drinking on duty and leaving with alcohol has the liquor department considering penalties against that Legion hall.

Hoskins moves on to the Easy Street Lounge, and consumes two vodka and tonics. A server brings more Fireball shots to her table but it's not clear if she or her companions drink it.

She does not appear to be drunk so Easy Street is not under threat of violations.

The 19th Hole is the last of three bars.

She has another Fireball shot and at least part of a Vodka and Tonic. Here a server decides she's drunk. He stops serving alcohol but does not take away what's already served, telling investigators he thought Hoskins boyfriend would drive her home. Now 19th Hole is in danger of state liquor violations.

Hoskins's boyfriend told investigators she refused a ride and told him, "She drives home in this condition all the time."

After she drove into and killed a mother and her two sons, the blood alcohol from Hoskins autopsy showed .318, nearly four times the legal limit.