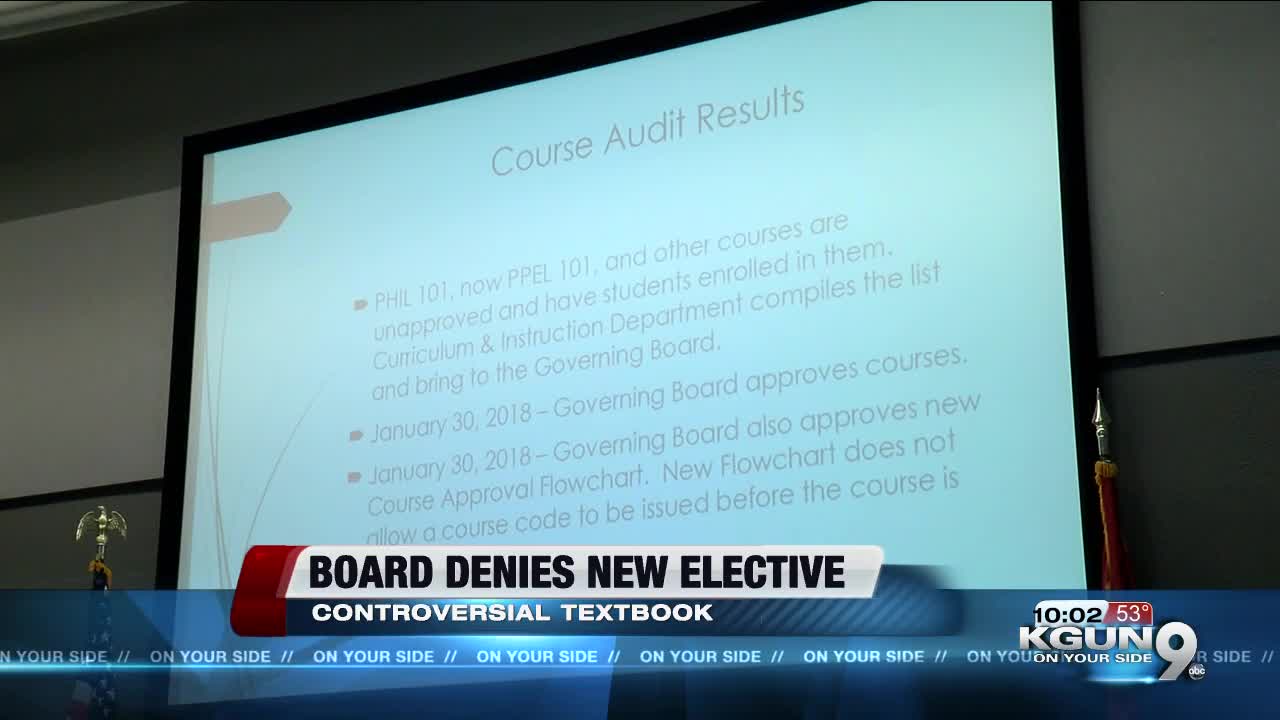 The board denied a motion to vote on the controversial Ethics, Economics and Entrepreneurship course and textbook. 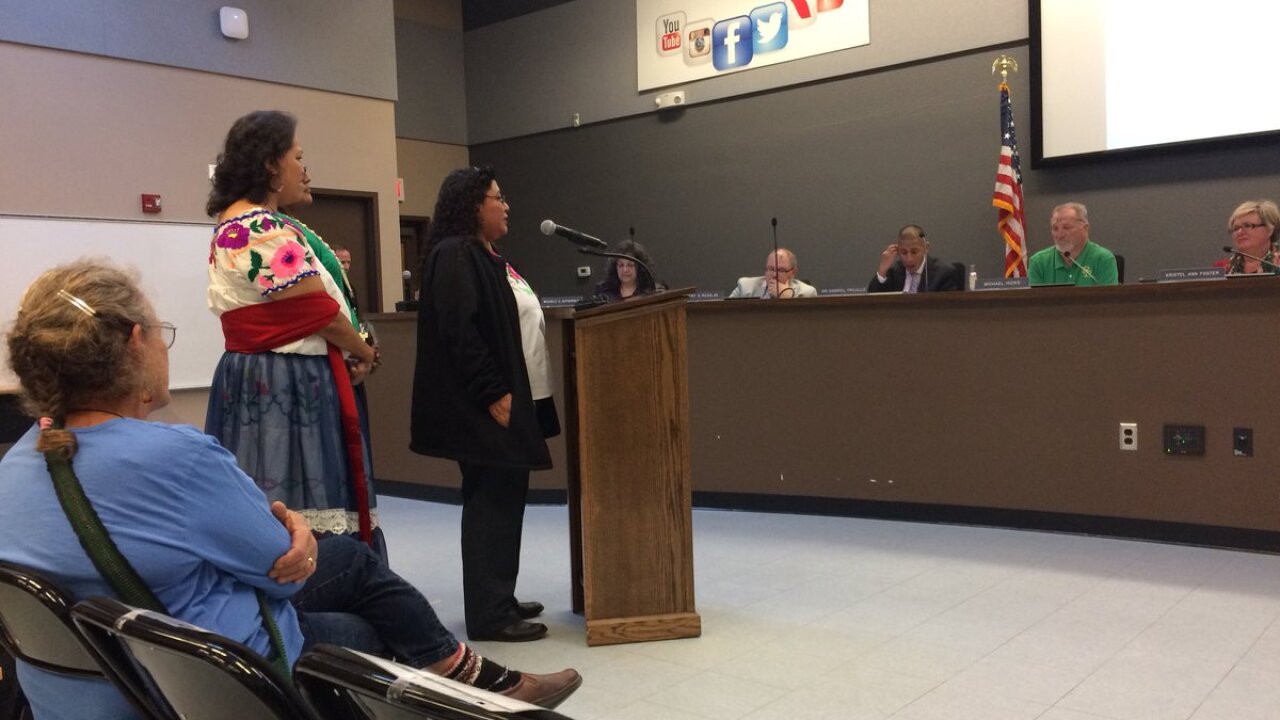 TUCSON, Ariz. -- The Tucson Unified governing board held their last meeting of the year on Tuesday.

The board voted in favor of a temporary revision to the district's policy on attire for graduation ceremonies. The vote will allow Native American students to wear cultural regalia at graduation ceremonies on December 21st. The board says it plans to revise the issue again, for May graduations and hope to make it more specific.

JUST IN: @tucsonunified board votes for a temporary revision to district policy to allow Native American students to wear cultural regalia at graduation ceremonies on Dec. 21. Further revision will be taken for May graduations. @kgun9

The board was also expected to vote on a controversial textbook that has been proposed for an elective class called "Ethics, Economics, and Entrepreneurship" or PPEL 101. But ultimately, the board denied a motion to vote on the matter. PPEL 101 is controversial because of the course's affiliation to the UA's Freedom Center. It's partially funded by the Koch brothers, who have funded conservative political campaigns.

The course is a class at the UA currently, and it would have been an elective at TUSD high schools, where students could also earn college credit for. Tonight, many people urged the board not to adopt the course and textbook. People at the board meeting described the book as "brainwashing," "terrible," and "an embarrassment to TUST and the UA." One UA professor says he heard raving reviews from TUSD alumi about the class. Most of the complaints made at the TUSD board meeting surrounded the textbook, not the class itself. But 2 people on the textbook review committee told the board they believe the textbook is terrible, with no bibliography nor index.

JUST IN: @tucsonunified board denied motion to vote on controversial Ethics, Economics and Entepreneurship course and textbook @kgun9

Superintendent Gabriel Trujillo says, "as a superintendent I'm compelled not to ignore their voices. Therefore, I just wanted to voice that our recommendation would be not to move forward and certainly not recommend the textbook and therefore not the court, because the 2 are linked." He says the "stiff resistance" is what led to the board's decision.

Trujillo also said the lack of willingness from the textbook authors to make the book available electronically, created an uphill process from the start.

The board is also expected to vote on whether it will get rid of a Koch Brothers economic textbook. The book is controversial because it never went through proper channels to be approved and taught it to students in the district.

RELATED: TUSD to research how to educate migrant kids held at Southwest Key

Superintendent Gabriel Trujillo is expected to present a final report. It's expected to address the Southwest Key centers. Those are the facilities that house unaccompanied minors who cross the border illegally, and children who were separated from their parents at the border.