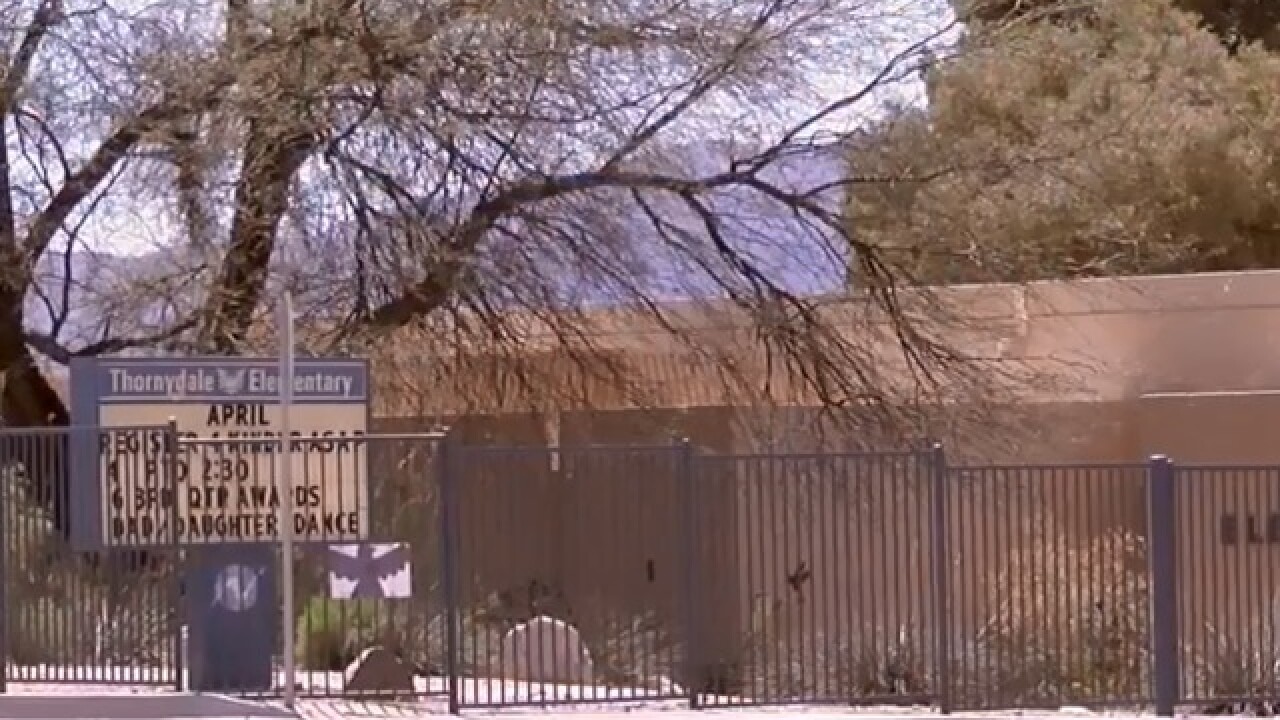 After a 2-2 vote, the Marana Unified School District Governing Board did not reach a decision on whether to close Thornydale Elementary.

With the result of split vote, Thornydale Elementary will remain open.

Tonight, the Marana Unified School District Governing Board will vote whether or not to close Thornydale Elementary.

Here’s a banner outside Thornydale Elementary this morning, for parents to see as they drop kids off. The vote to decide the school’s future is tonight @kgun9 #AZschools pic.twitter.com/wBUMAaIizC

The district sent a letter in March to parents, explaining that enrollment numbers have steadily declined over the past several years, a big factor in this decision to have the vote.

Toscano says she would be devastated, and so would her daughter, if the MUSD Governing Board votes to shut down the school.

“She and another friend of Mine’s kid are having nightmares about the school closing. They are actually physically and emotionally upset about the school closing. They love their teachers, they love this school," Toscano said. "I love this school. I love that I can drop my kid off here and I don’t have to worry about anything. If anything did happen they can call me on the phone and get a hold of me right away.”

Tonight, we’ll know the fate of Thornydale Elementary. Will the school close? Or will it stay open? That’s the question many parents are anxiously awaiting to be answered @kgun9 pic.twitter.com/QoZoMNGU3g

In the letter, the district explained that if the school is closed, they will redraw the boundaries to include Butterfield Elementary and Quail Run Elementary. However, Toscano and other parents say they'll look for other options for their kids.

“If it does close, unfortunately, I will not be putting my kid in another Marana School. Just I can’t, foresee it," she said. "It would hurt. She’ll probably go to a charter school, private school or something. I was going to send her there originally but I heard so many good things about this school, that’s why I chose this school.”