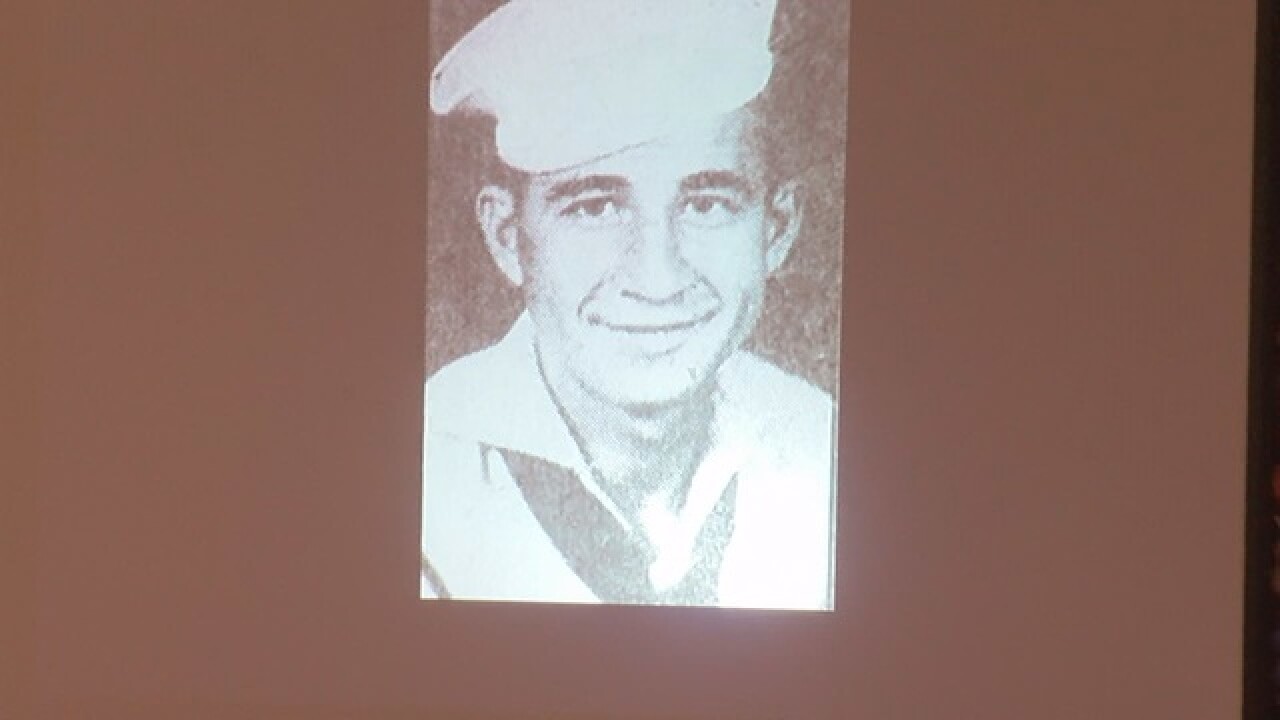 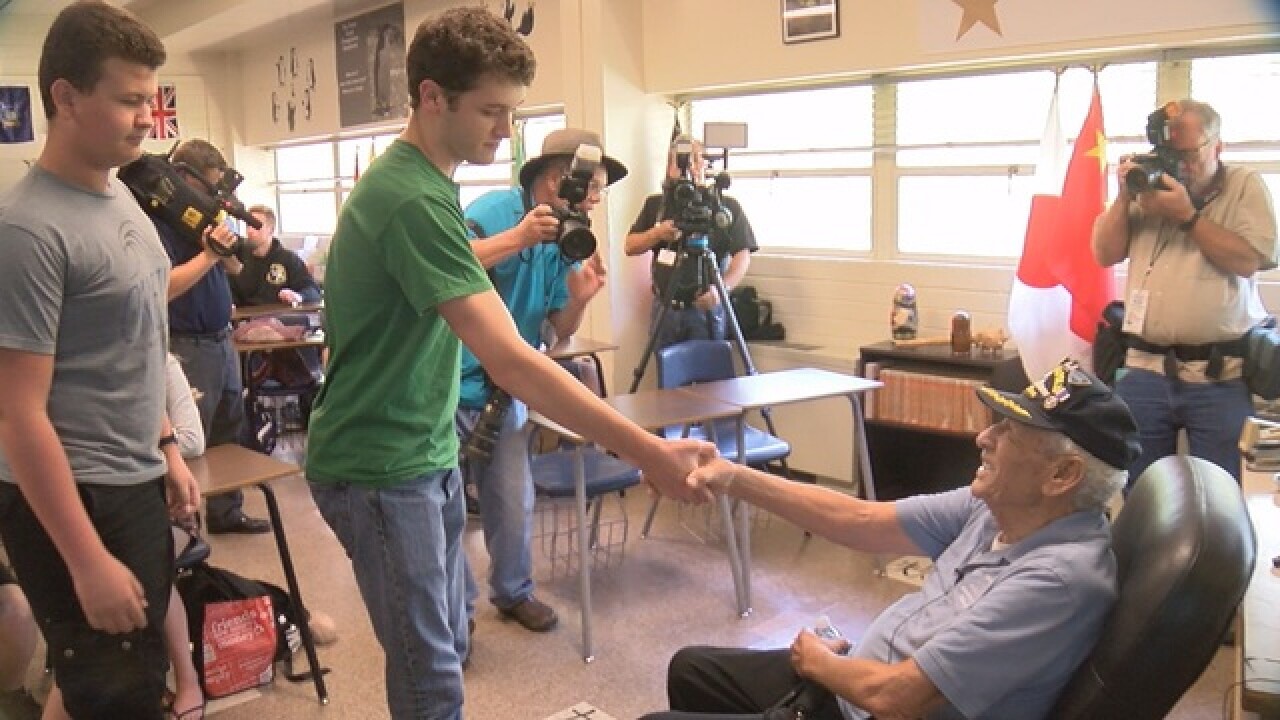 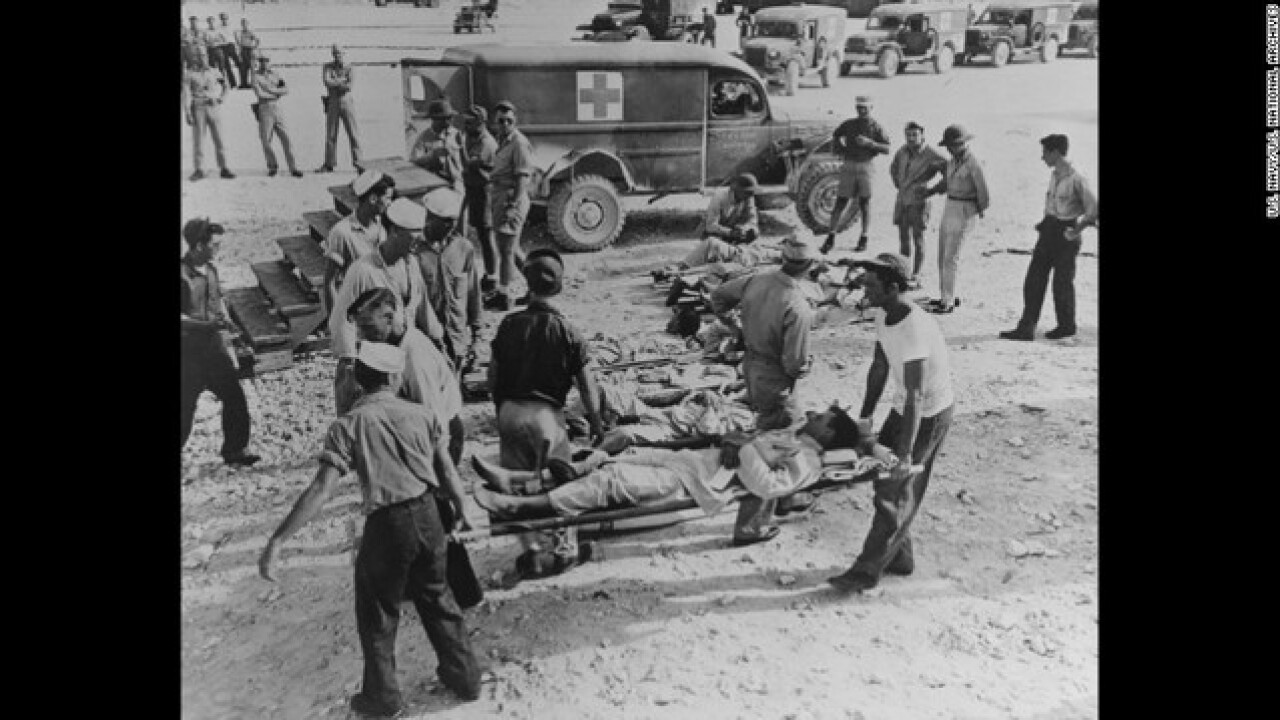 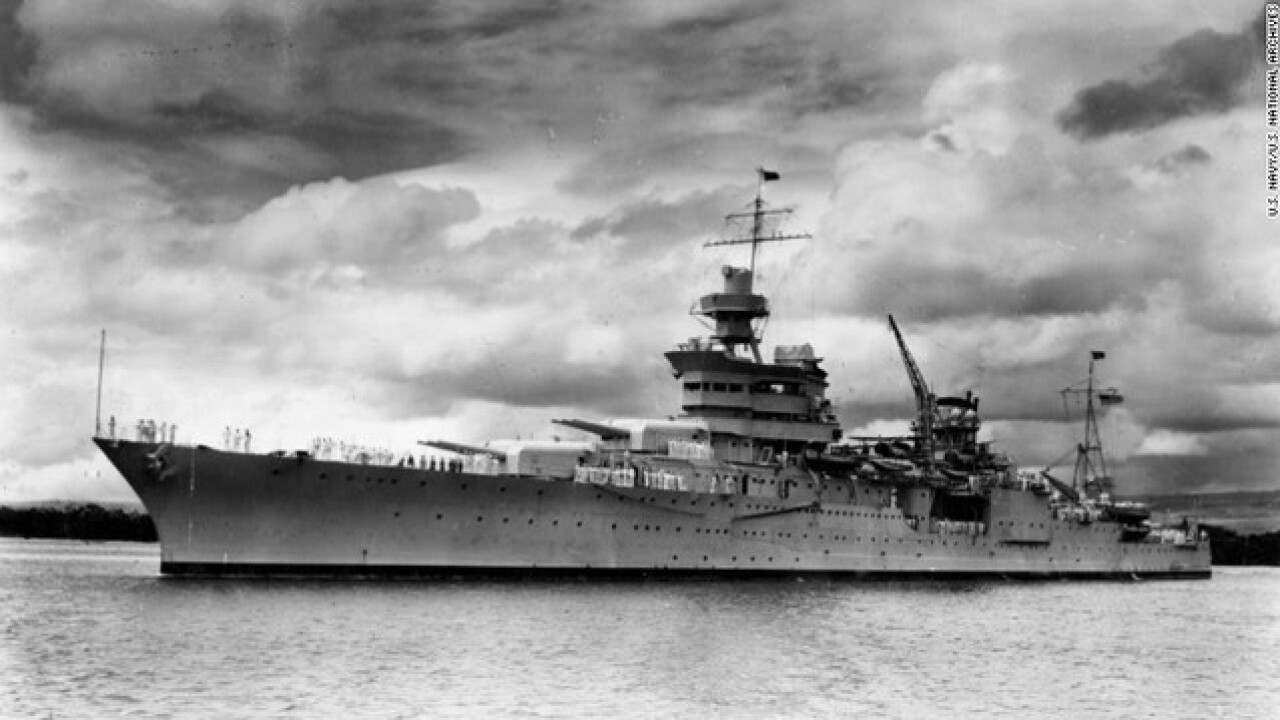 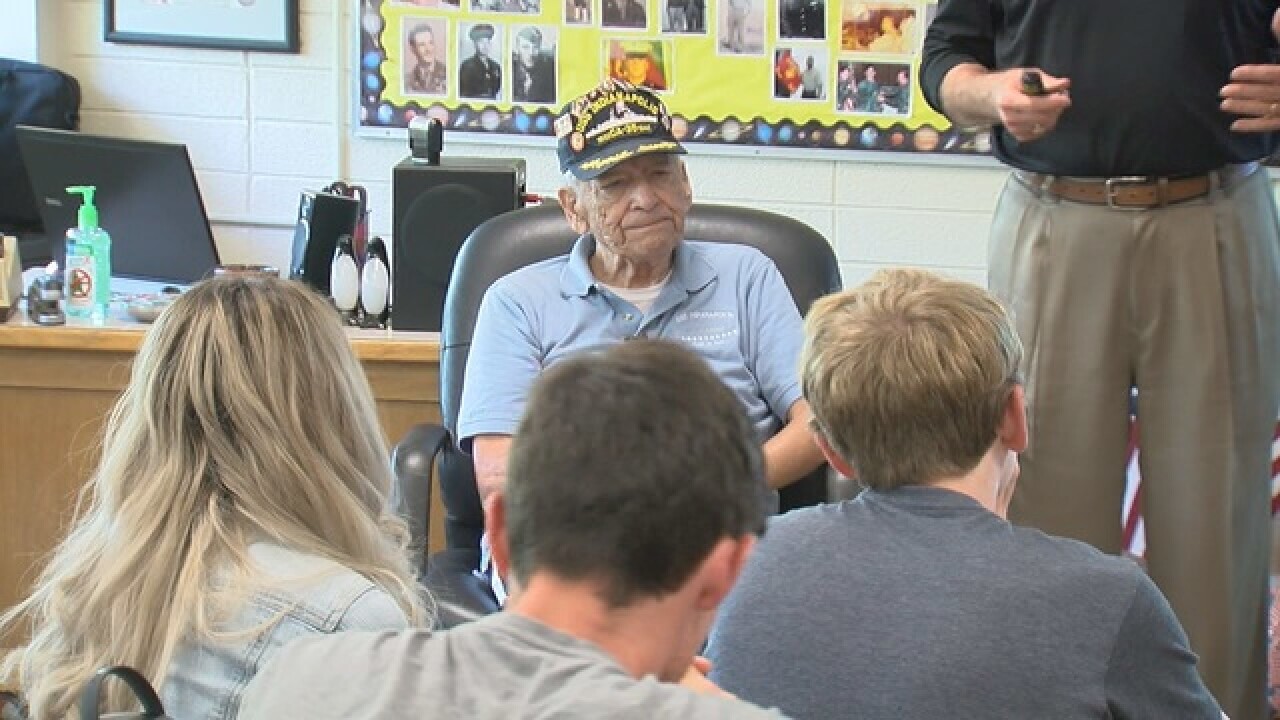 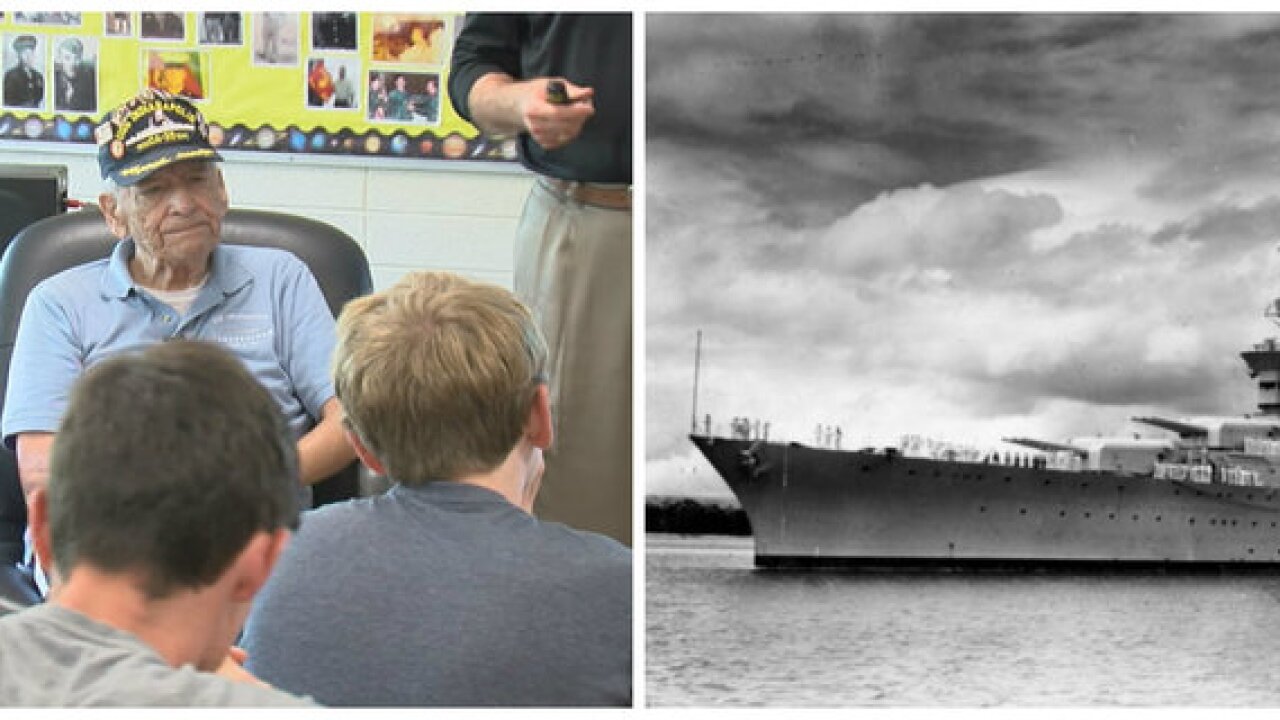 TUCSON (KGUN9-TV) - It was history found under the sea last week when explorers found the wreck of USS Indianapolis.

Hundreds of American sailors died when a Japanese sub sank the cruiser in the closing days of World War Two.

880 died of exposure and shark attacks in the five days before the sailors were found.

One of the last surviving sailors from USS Indianapolis talked to students at TUSD’s University High School Thursday.

Adolfo Celaya has mixed feelings about finding his old ship.

"I thought leave it alone myself.  if they found it, what else can i say.  It is news and I'm glad some people are realizing that it was something that happened during 72 years ago."

The ship had just delivered parts of the atomic bomb that would soon be dropped on Hiroshima.

Its captain was punished for negligence in the sinking, but later cleared of wrongdoing.