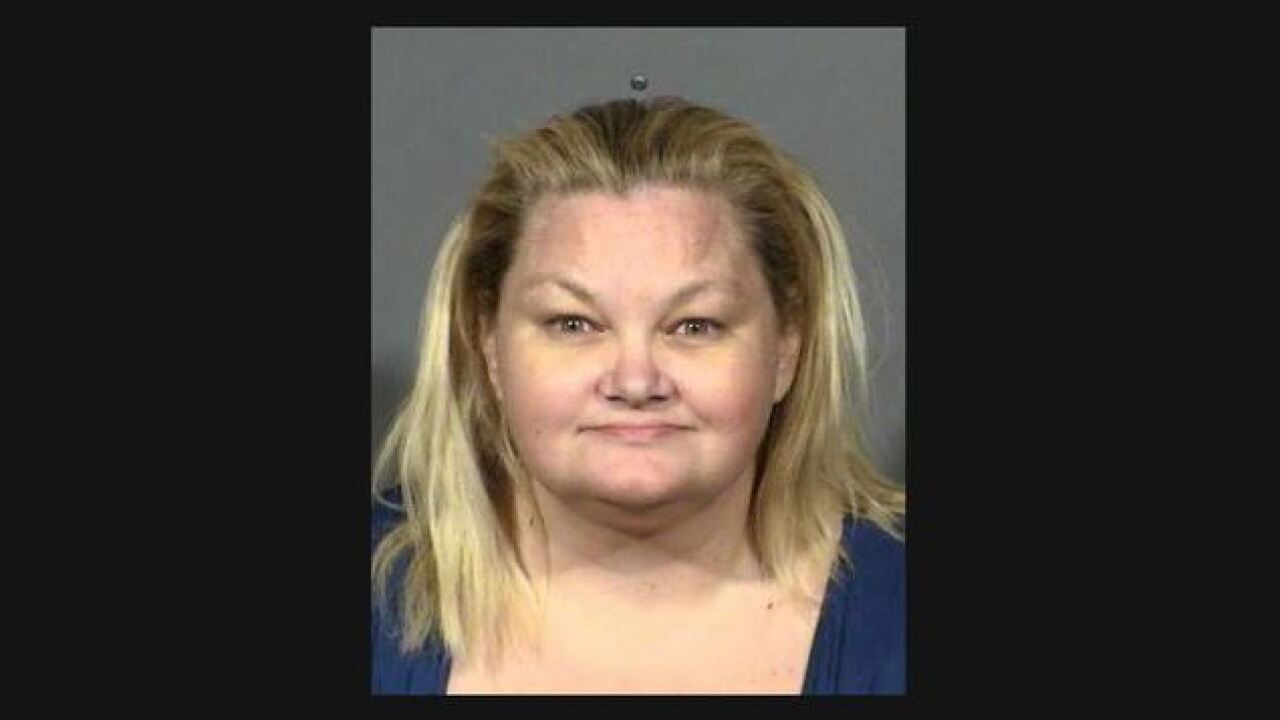 Copyright 2018 Scripps Media, Inc. All rights reserved. This material may not be published, broadcast, rewritten, or redistributed.
Covey, Sarah
Joanna Boyd accused of posing as CPS to kidnap toddler

LAS VEGAS (KTNV) - Las Vegas police are investigating the attempted kidnapping of a 3-week-old baby by a woman who posed as a Child Protective Services worker.

On Monday around 12:30 p.m., a woman named Joanna Boyd, 39, called police, claiming to be a CPS worker and requesting officers assist with the emergency pickup of a baby. Officers responded to the location in the 4300 block of North Las Vegas Boulevard, near Craig Road.

She provided them paperwork, including a court order, but officers said it did not appear legitimate. They later determined the paperwork was fraudulent and the woman was not an employee of Child Protective Services. She also did not have proper identification and was driving a stolen vehicle out of Southern California.

The parents had never met the woman but they had talked with her on social media about buying newborn clothes. The woman got accurate information about the baby through the parents' social media accounts and interacting with the parents.

As a result of the investigation, Boyd was arrested and transported to the Clark County Detention Center where she faces one count of forgery, attempt kidnapping, possession of a stolen vehicle, impersonating a public officer and possession of a stun gun/device by a felon.

Clark County released a statement regarding the incident and advised that CPS employees are instructed to show identification with families they are working with.

The safety of our children and youth in foster care is paramount. We urge all parents to ask questions if they have any doubt as to whether or not they are speaking to a family services employee. Parents should always ask for proper identification before ever trusting a stranger with their children. Our employees are issued an identification card when they are hired and they are instructed to keep their card on them during work hours. When out in the field, CPS employees are instructed to present their ID cards to families they are working with. Employees are not allowed to refuse to show their ID card when asked.All family services ID cards contain the following information:

•A picture of the employee

•The name of the employee

•The title of the employee

If a resident is visited by someone claiming to work for family services, the public can also request to see an ID card and contact the department at 702-399-0081 to ensure credentials are authentic.