Ski Valley is open again after 42 inches of snow 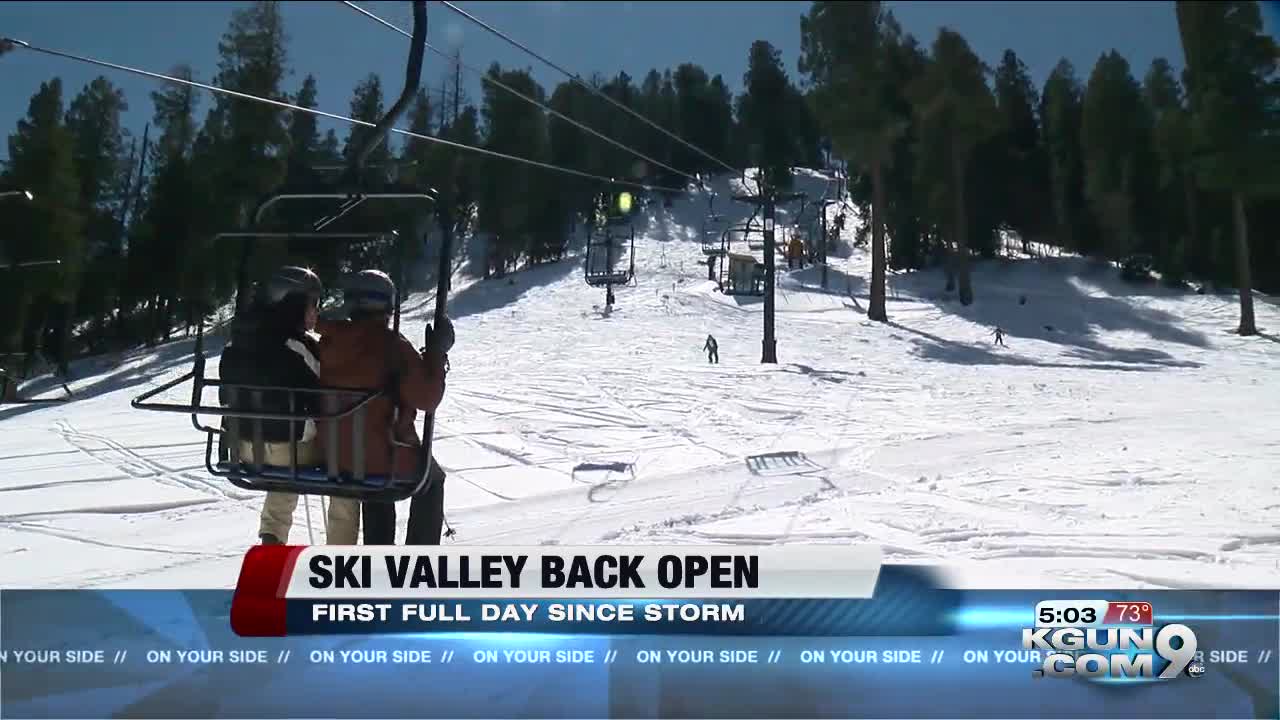 Ski Valley on Mt. Lemmon is open again after 42 inches of snow.

TUCSON, Ariz. — A winter storm blanketed the valleys and buried Ski Valley under 42 inches of snow. Skiers and snowboarders waited all weekend before the road opened yesterday afternoon. Today was the first real chance to get some runs in.

“It’s one of the main things to do around here when it is snowing,” said Sarah Purdy.

Ski Valley on Mount Lemmon is back open after 3 ½ feet of snow.

The only real complaint was how long it took to get the road open.

“Its a bummer,” said one snowboarder who didn’t want to give his name because he called in sick to work. “I was calling the number every hour. They say they update it right away. Then about 3:30 yesterday I was like ok tomorrow is the day.”

“Every day we are not open it really hurts, and it hurts the other businesses that thrive off people on the mountain, the sooner we get open the sooner everybody is happy. “

“Chains and 4-wheel drive used to be a huge thing. We planned on that. We'd have limited number of customers, but it was alright. You're still making payroll and serving the community.”

Ski Valley plans to make the most of what they have now planning to be open all week.

“Hopefully they get some good runs and money all week, and stay open for the whole rest of the week, and we can come up on Friday and have some more fun.”

We asked the the Pima County Sheriff's Department why the road was not open sooner and to respond to Mr. Davies comment about how the road used to be open to 4-wheel drive and chains more often. Here is a spokesperson's response: "There was too much ice and snow to open the roads. Crews were working around the clock, for several days, to get the roads cleared and in drivable condition. The deputies were unable to open the roads until both lanes were cleared and it was safe to do so. The road has been open to chains or 4-wheel drive vehicles on two separate occasions this year. When the roads are closed, the deputies assigned to the mountain are in constant communication with business owners about the progress and estimates of when the roads will open."