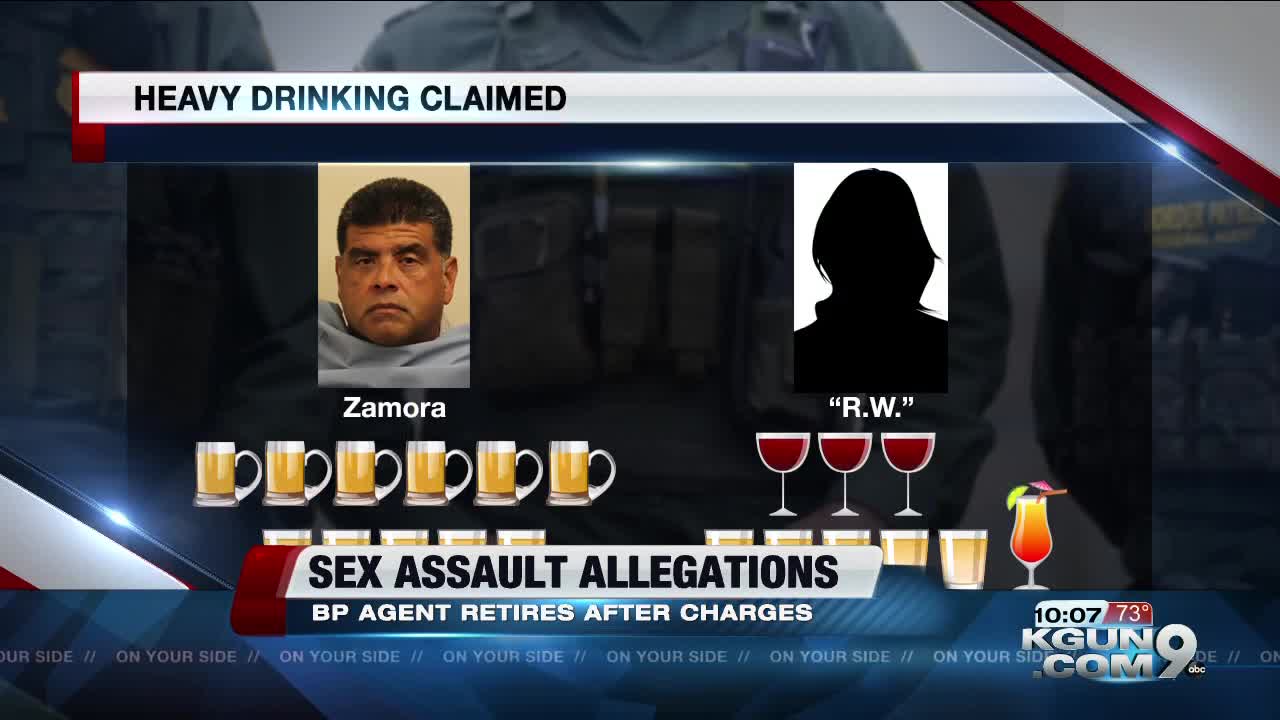 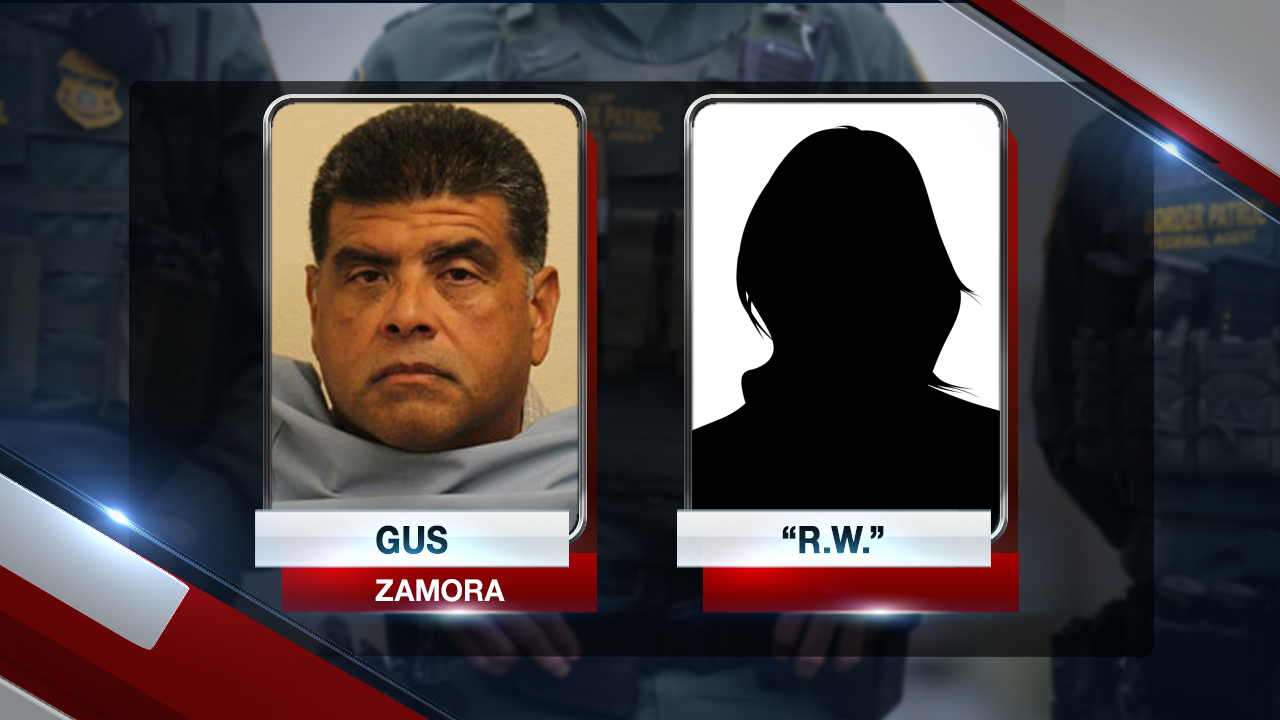 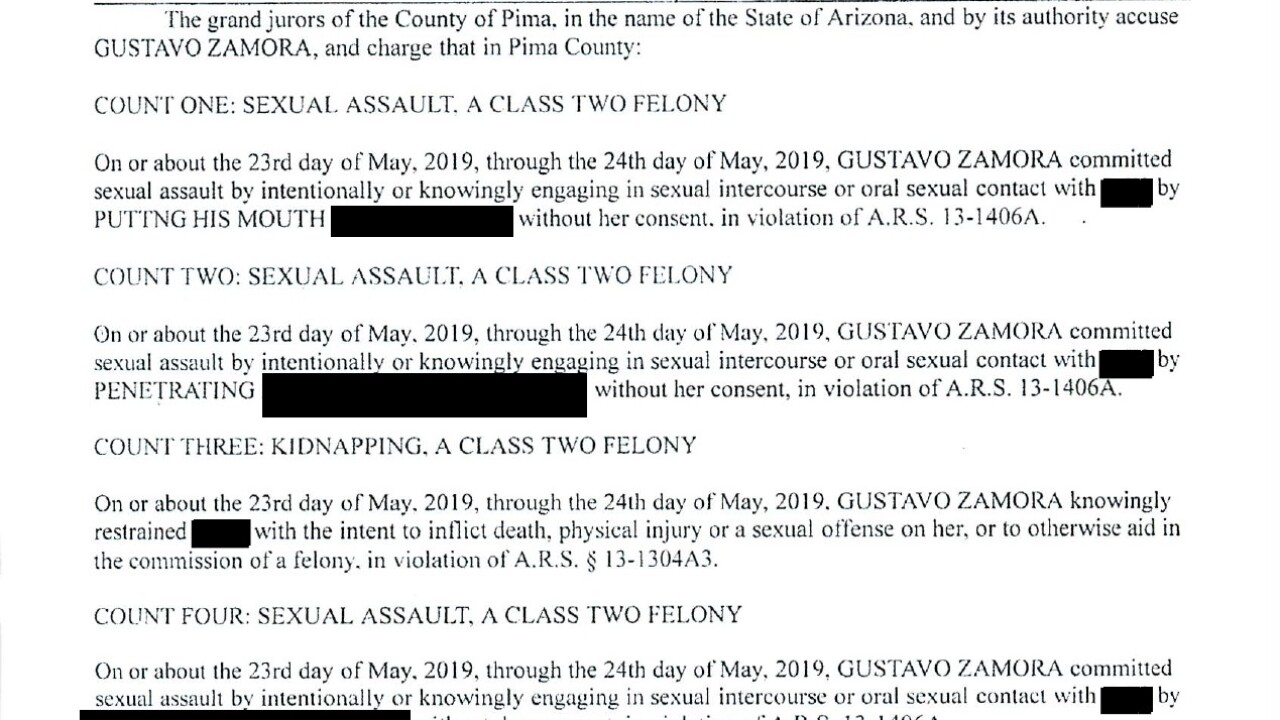 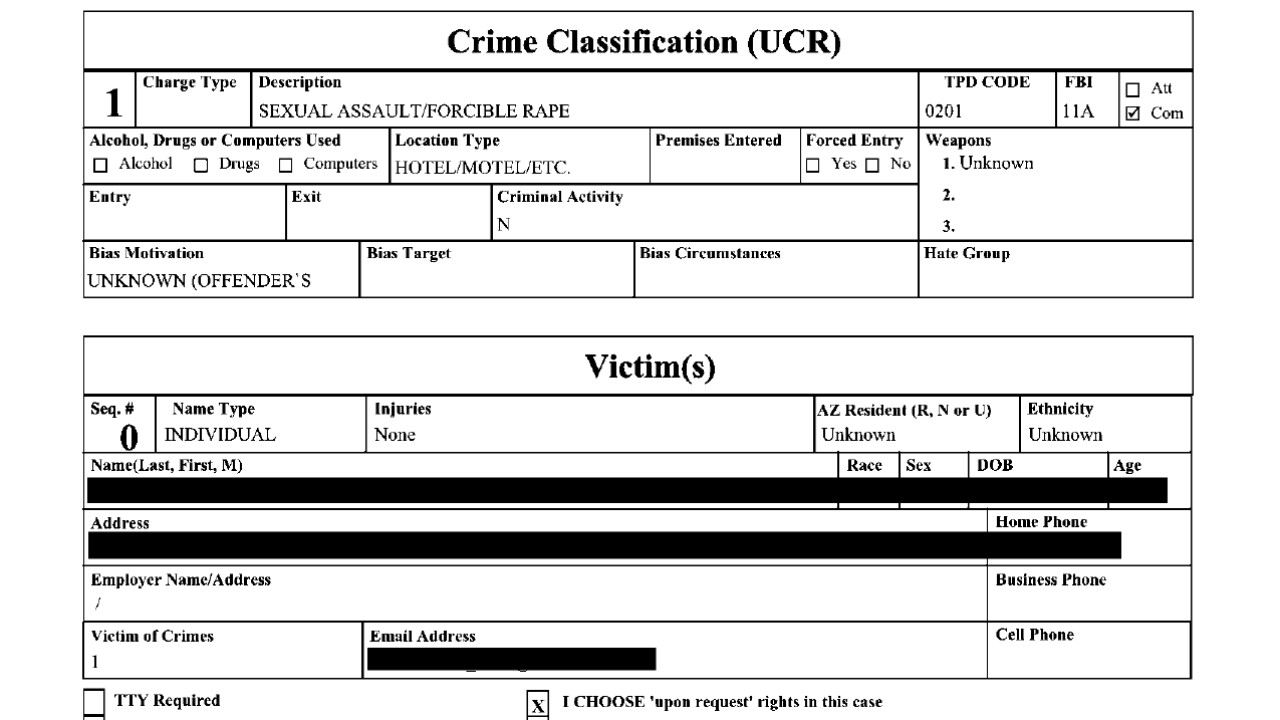 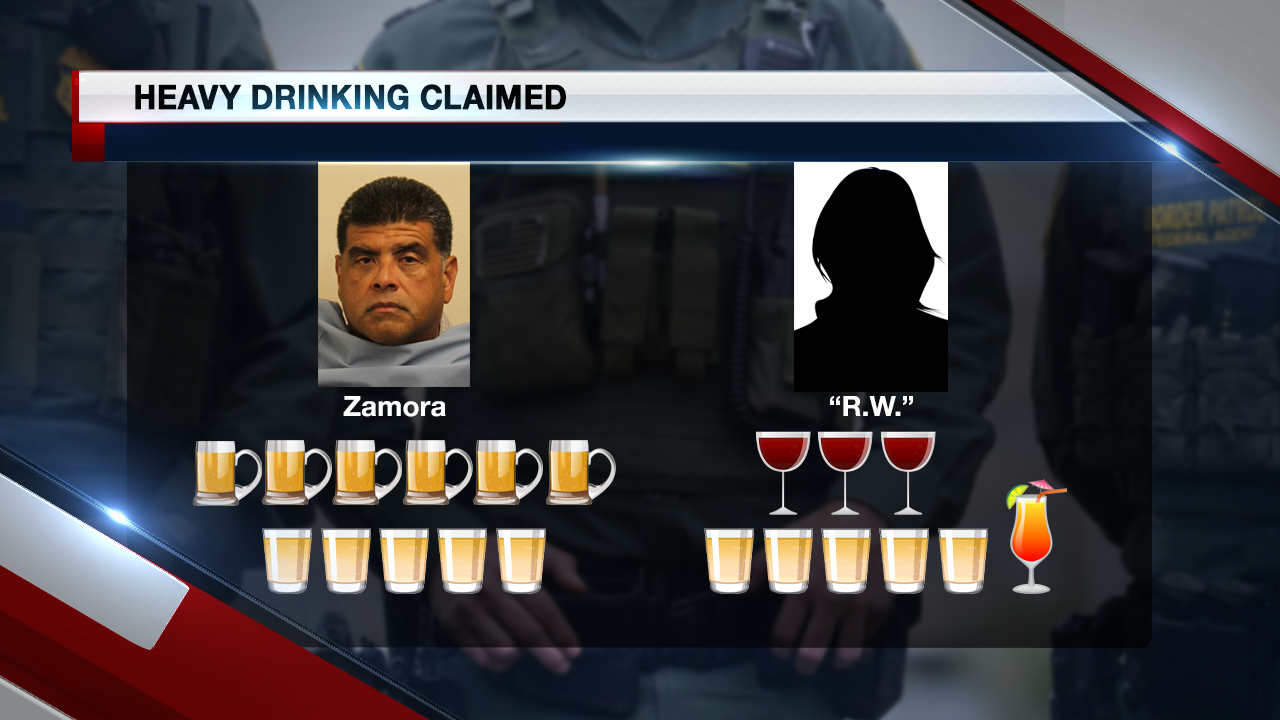 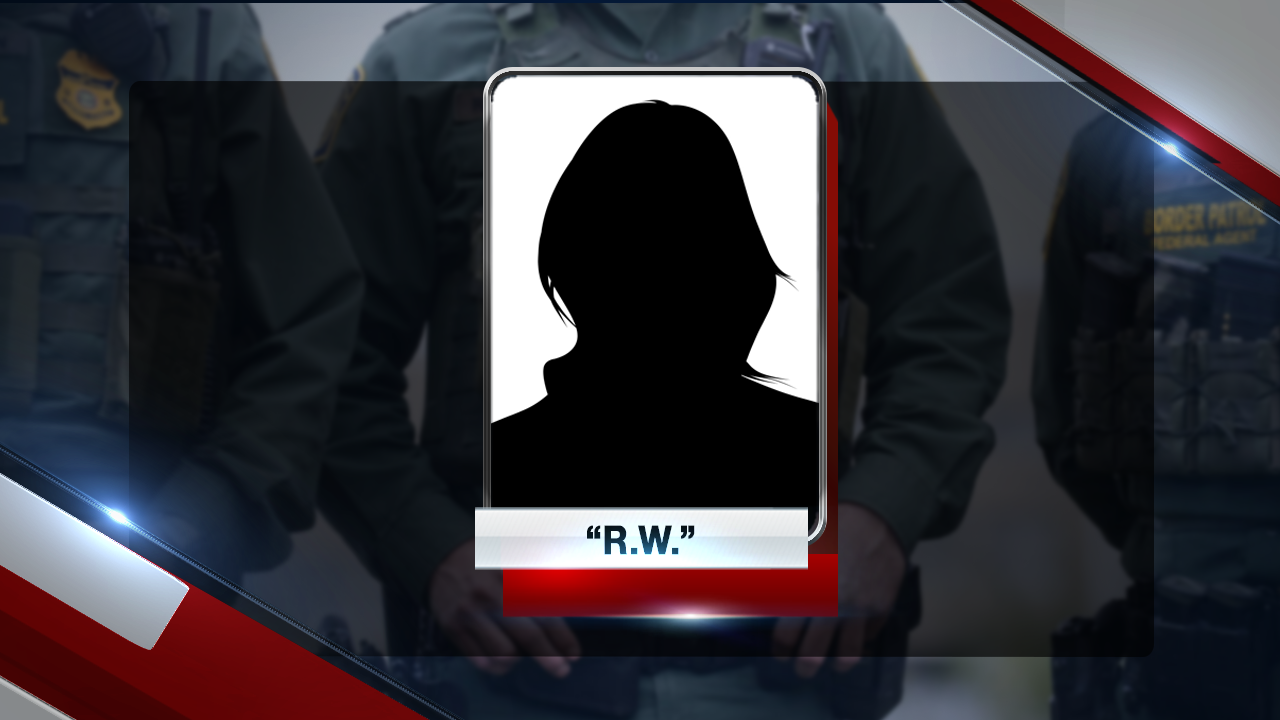 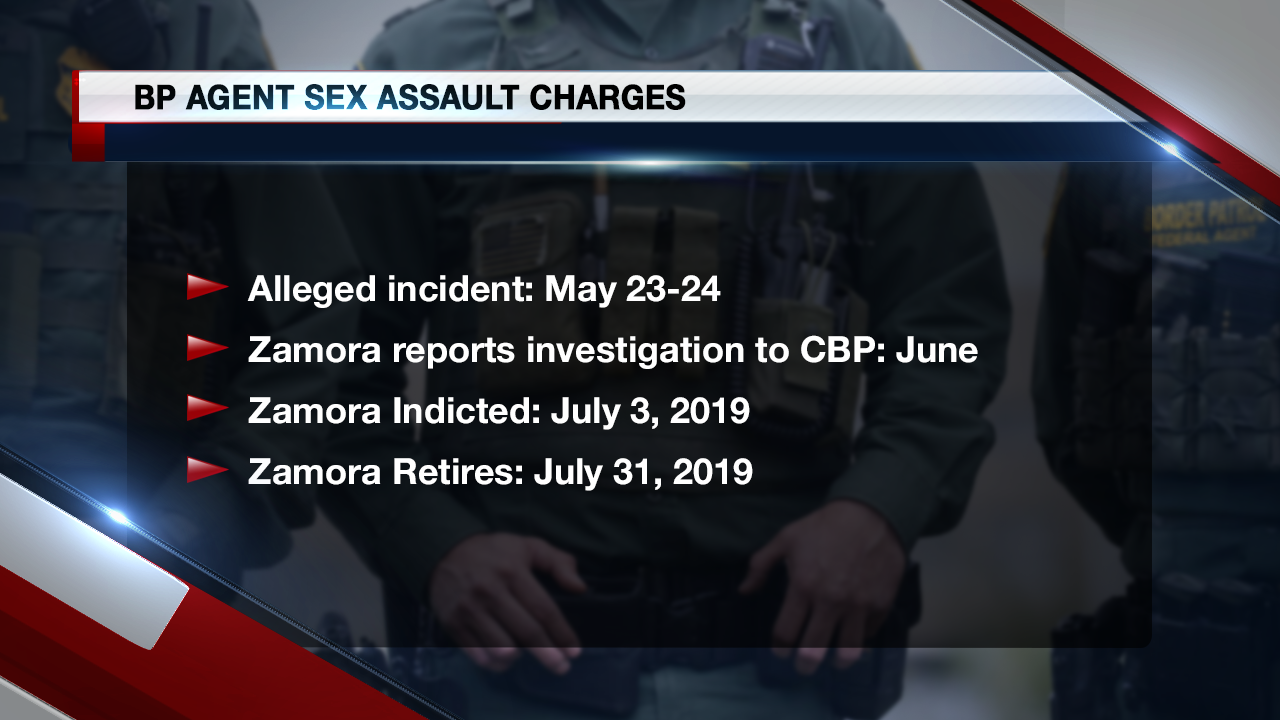 The charges are against now-retired agent Gustavo Zamora.

The Tucson Police Report says Gus Zamora was assistant Chief of the Yuma Sector, as the alleged victim of a sex crime, the woman is identified only as R.W.

She told investigators she had regarded Zamora as a friend, that he had a history of flirting with her, but she had kept things friends only.

She says she was assigned to Border Patrol's Tucson sector so Zamora offered to introduce her to his friend Roy Villareal, who's the Tucson sector chief.

She told police she did not remember leaving the restaurant.

The TPD report says surveillance video at this hotel shows R.W. falling to her knees as Zamora opens a gate to the hotel.

R.W. told police she found herself going in and out of consciousness in Zamora's hotel room -- in no condition to consent to sex.

The indictment charges Zamora with three different types of sexual contact with R-W.

Police say he told them he did have sex with the woman but neither of them were in condition to know what they were doing.

He retired from Border Patrol about three weeks after he was indicted. Each one of the four felonies charged against him carries a maximum sentence of twelve and a half years in prison.