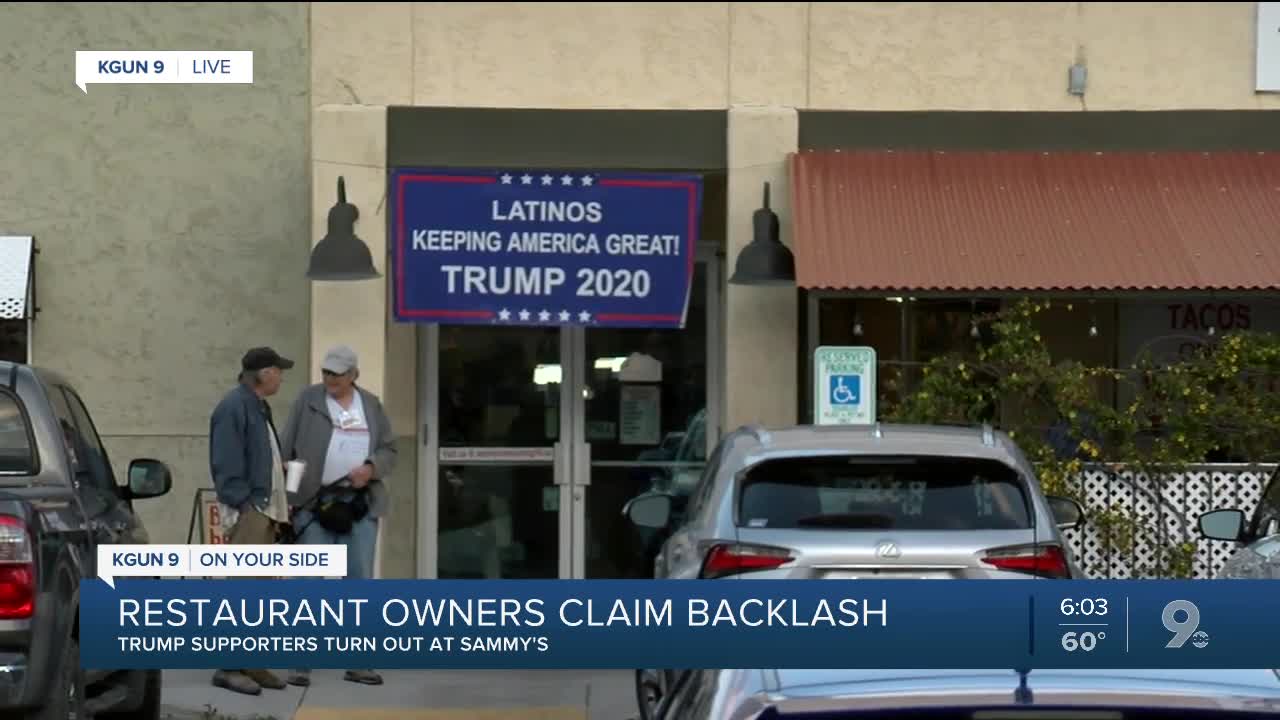 Business is booming at a restaurant north of Tucson after owners say they stood up to online detractors.

CATALINA, Ariz. — Business is booming at a restaurant north of Tucson after owners say they stood up to online detractors.

That, and a tweet made from the President made for a busier than normal lunch rush Monday.

Owner Jorge Rivas says the long line is a show of support after he posted a video calling out people bad mouthing his business on the internet. He says bad reviews were aimed at them after attending President Trump’s rally in Phoenix.

“If someone is looking to come to the restaurant for the first time, the reviews will say its a nasty place and they’ll be pictures of cockroaches that people put there themselves,” said Rivas.

“I don’t feel that it is fair that they are receiving so much hate and anger because they have openly expressed how they feel,” said Raul Rodriguez from Sahuarita, who was at Sammy's Monday.

This time President Trump tweeted an endorsement of the restaurant, saying he’d try to stop by next time he’s in Phoenix. It’s actually quite the drive from Phoenix -- but that didn’t stop many of the people we talked to who drove more than an hour to show their support.

“We are from San Tan Valley, never been here before we saw on the news they have had backlash so we came to show our support,” Lorna Nevitt said.

Rivas says he wasn’t trying to get publicity, but says he appreciates the support.

We found a few negative reviews written in both English and Spanish on the restaurant’s Facebook page, but dozens of positive reviews have also been left in the past few days.