Sacred statues and an artist’s promise

But vandals often strike the sculptures

But vandals often strike the sculptures

TUCSON, Ariz.  — It was an attack on a sacred space -- vandalism of a collection of religious statues. An amateur artist built the statues -- from the sand of a river bed -- in thanks for surviving a war.

Near the corner of Congress and Bonita there’s a small fenced compound. In it, figures in white depict Jesus and the Apostles at the Last Supper but legend says this peaceful place was born in war.

The artist, Felix Lucero was a soldier wounded in World War One. He said he prayed to survive and promised if he did he would devote the rest of his life to religious sculptures. 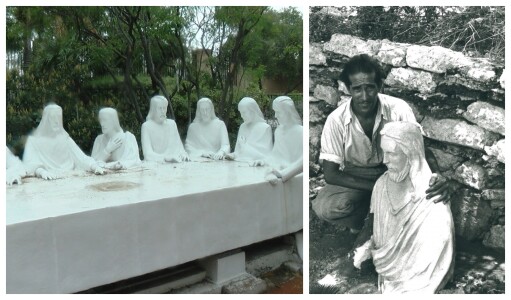 In 1938, he was in Tucson, but homeless. He began making religious sculptures from the sand of the Santa Cruz River.

In 1946 he completed the Garden of Gethsemane---the site of Jesus arrest---this time in concrete. 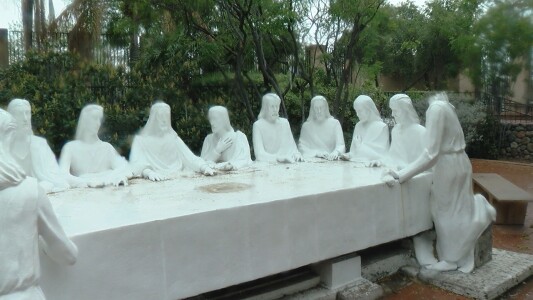 Artist Greg Schoon understands how hard it was to turn inspiration into art.

"He just started applying the cement by hand, with his hands and just slowly built the figures up that way, layers."

But the peace of this place has been shattered again and again as vandals break and even behead the statues--- with the latest case just a few days ago. 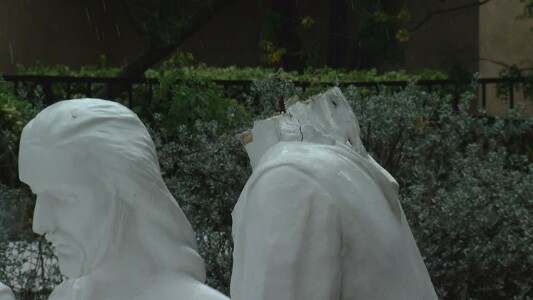 Now it's up to Greg Schoon to restore the images Felix Lucero felt the drive to create.

He says, "For an untrained person, he had skill to create a three dimensional image just freeform with his hands done in the wash. So he was definitely dedicated to completing this."

It will take months to repair all the damage but some of the work will start very soon. People share life's special events at this special place and there's a wedding scheduled for the garden this weekend.