Where the biggest political donors live in Arizona

Part of the Tucson area scores third in donations 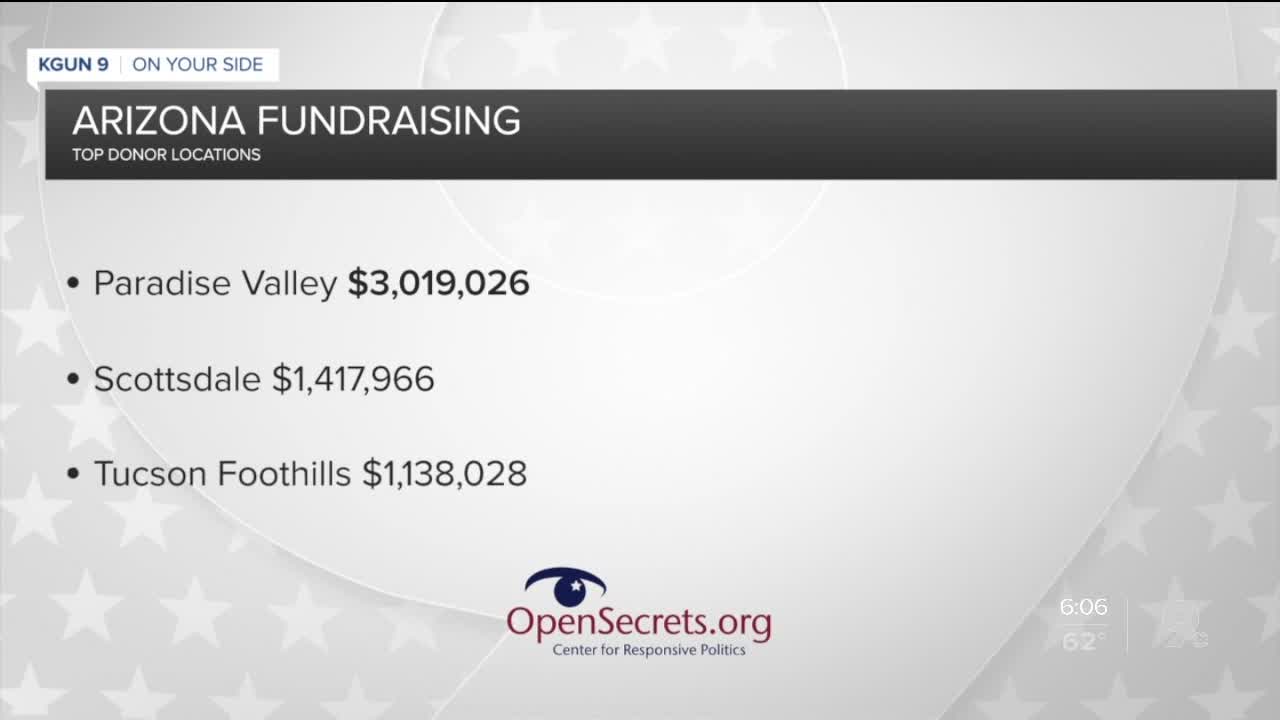 Part of the Tucson area scores third in donations

TUCSON, Ariz. - Money is the fuel of politics--and we can tell you where it's coming from.

Modern campaign finance reporting lets us track donations down to the zip code they came from. That helps us see patterns that give us some insight into the money trails and where they lead.

A website from the Center for Responsive Politics called Open Secrets.org tracks political contributions. In Arizona, the two most generous zip codes are in Maricopa County.

A lot of the donations are going to committees to support candidates for the Senate or the House.

But for Arizona, donations going direct to candidates have flooded into the race for US Senate.

Here’s how Presidential candidates stack up in Arizona. Some have dropped out but still appear in the stats: