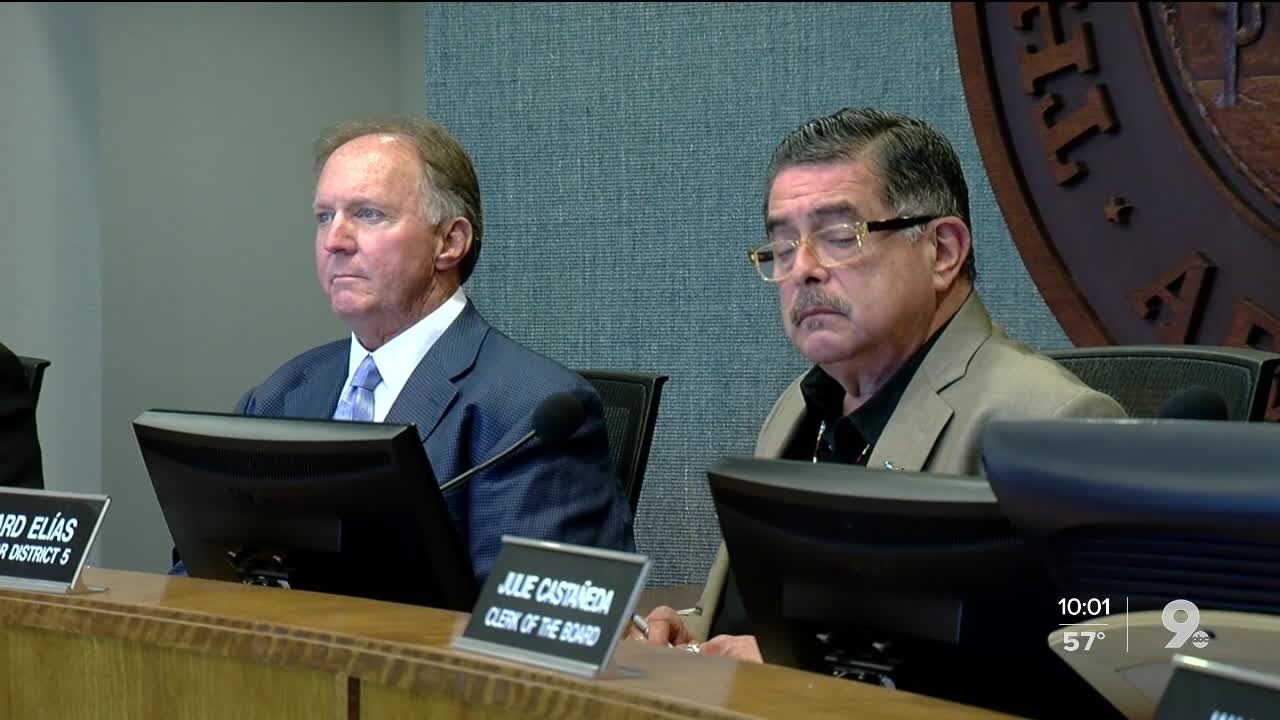 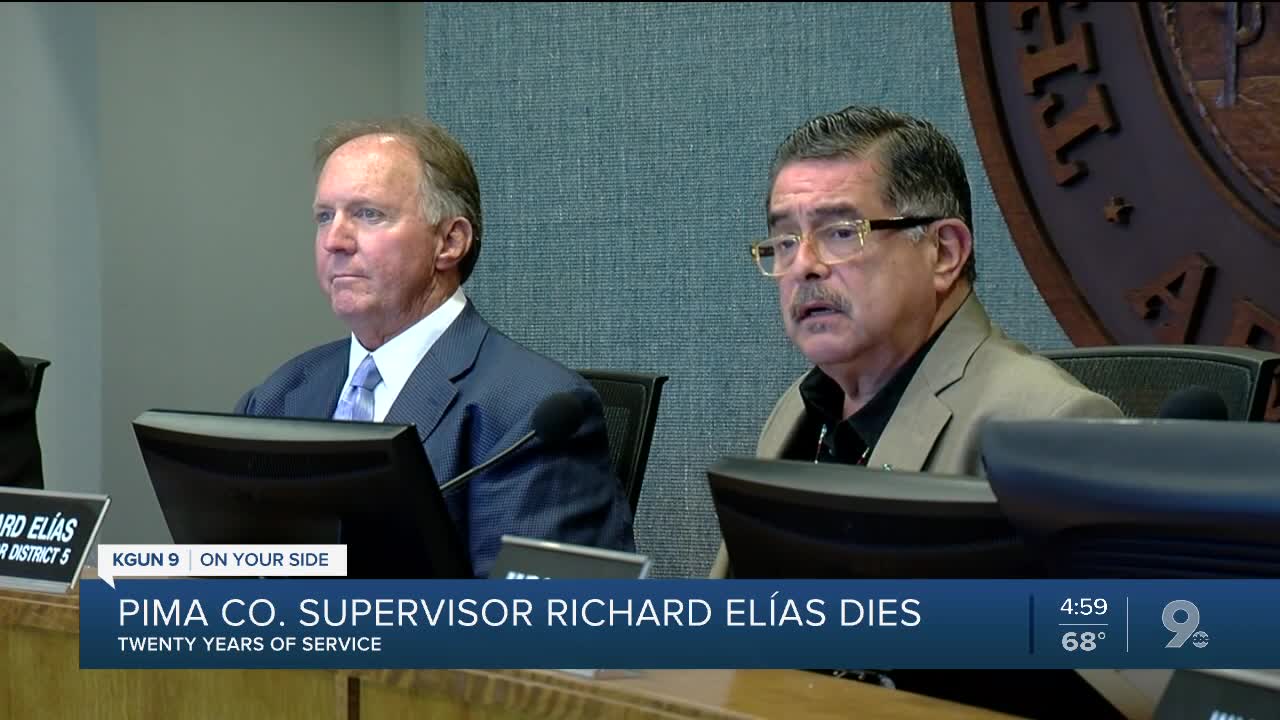 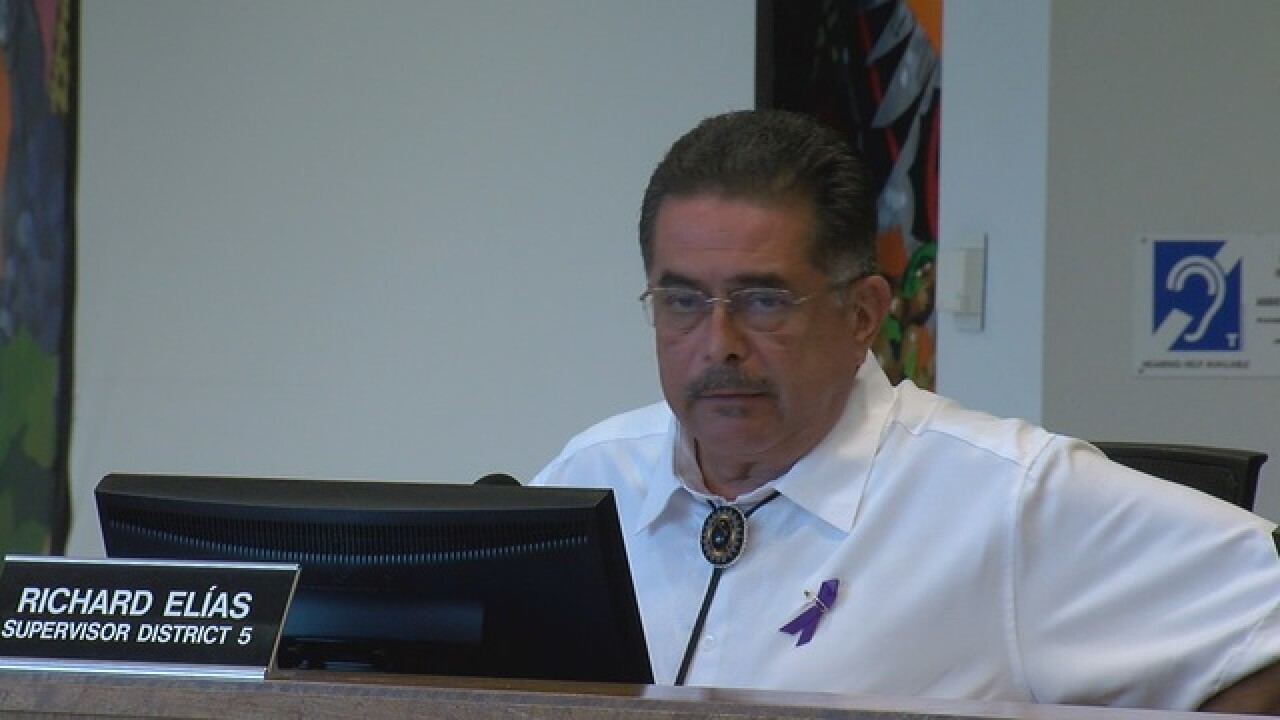 According to a press release from the Pima County District Five Supervisors office Elías died Saturday morning at his midtown home.

He served on the board for nearly 20 years. He was appointed in 2002 after Raul Grijalva resigned to run for Congress.

"Richard was a lifelong Democrat, a social-justice advocate, and a noted music aficionado who was loved by many of all walks of life," according to the Pima County District Five Supervisors office.

People who watched and worked with Richard Elias over his twenty years as a county leader saw him as passionate, sometimes prickly but always dedicated to what he thought was best for the people of Pima County and for Pima County employees.

Elías biography on the County website describes him as an advocate for the Sonoran Desert, for affordable housing, and eliminating health-care disparities,

He said, “and I think it’s bad to move forward with placing further restrictions on hiring because our staff has been beat up continually over the last ten years and we’re continuing to do that if we approve some of the discussions that happened today.”

Elias father, Albert Elías, was a union leader and founder of one of the most influential Spanish language newspapers. As a boy, Elías delivered papers throughout neighborhoods.

County Administrator Chuck Huckelberry referred to how that history gave Elias a deep knowledge of the people he served.

He described Elías as “….a friend, a colleague, a compatriot, an occasional adversary, and a superb supervisor who served his constituents and this county faithfully, earnestly, honestly and always with an ethos familiar to physicians – do no harm.”

Before winning many elections as a Supervisor, Richard Elías was appointed to the Board when Raul Grijalva became a Congressman. Of his old friend Grijalva said, “He cared about regular folks and the issues that mattered to them. He led with his heart and used his mind and body to consistently fight for the right thing for people. The loss of a thinker and advocate like him will be sorely missed in our community.”

He is survived by wife Emily, and daughter Luz. The family asks for privacy during this time.

Services will be announced at a later date.

It is with heavy heart that I am reporting that I just received the sad news that Supervisor Richard Elias has passed away.

Richard was a friend and colleague who I could always count on. I've known Richard since long before he joined the Board and he was always willing to fight for what he believed in.
He spent his career working for public housing and it was his passion on the Board. He strongly believed that adequate housing is a human right and that belief informed everything he did as a Supervisor for District 5. Richard and I often agreed, but when we disagreed, he was always respectful, honest and open to compromise. For that and for his friendship I will never forget him. This is a sad day for everyone in Pima County. I will miss him.

I was terribly saddened and shocked to learn this afternoon that Pima County Board of Supervisors Chairman Richard Elías passed away at his home today. He was 61.
Chairman Elias has served on the Pima County Board of Supervisors since 2002. He has been Board Chairman since 2017, his second stint in the Chairman’s seat in his 18 years on the Board.
Richard was the people’s champion on the Board, and the champion of the rank and file County employees. He always thought of others first, especially the less fortunate, and he worked tirelessly to improve the incomes and living conditions of all Pima County residents, but especially the poor.

"I am crushed by the passing of Pima County Board Supervisor Richard Elias. The Arizona Democratic Party and the people of Arizona and, especially, Pima County have lost a vibrant leader and loyal public servant today. I will forever appreciate Richard's friendship, quick wit, inspirational speeches and his support over the years. He was a tireless advocate for working families, our most vulnerable and social justice.
Supervisor Elias served on the Pima County Board of Supervisors for nearly 20 years, having been appointed in 2002 after Raul Grijalva's resignation. His contribution and positive influence on the people of Pima County is beyond measure.
The Arizona Democratic Party is holding his family in our hearts during this devastating time.
Richard, we love you, we thank you, and we will miss you."

I am shocked and profoundly saddened to learn this morning of the passing of Board of Supervisors Chairman Richard Elias. I knew Richard long before I became Sheriff. We shared a commitment for the south side of our community. We had at times spirited political disagreements, but they were very respectful and we always maintained friendly relations. Chairman Elias was a loyal and dedicated public servant who cared deeply for the community that he served for many years with such great passion. I will miss him

On behalf of the Ward 3 team, I wish to express my sincerest condolences to the Elias family, his District 5 team and colleagues at Pima County. The passing of Richard Elias is a big loss to our community.