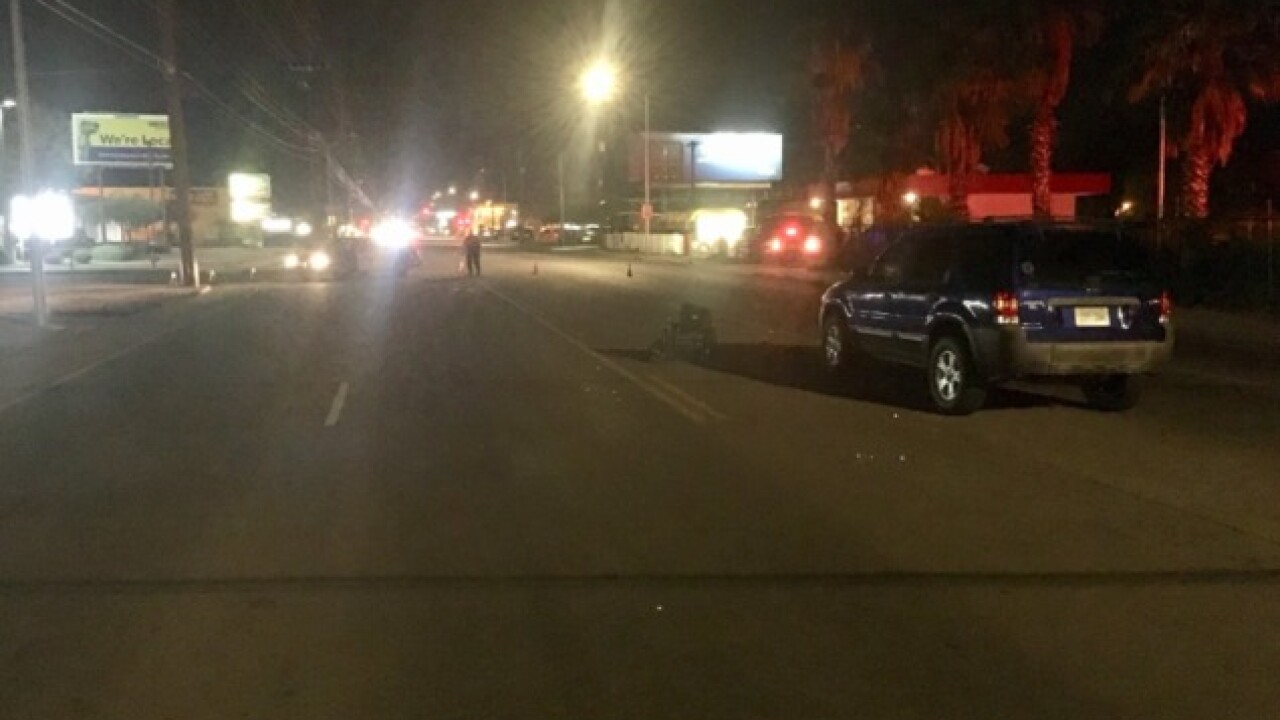 Tucson Police are investigating a deadly pedestrian crash in midtown that shut down Grant Road for a few hours. The road was reopened by Thursday morning.

At 9:30 p.m., police say a black man in his 40s who was using a wheelchair was crossing Grant east of Haskell when he was hit by a car. He was not in a crosswalk. The driver remained at the scene and cooperated with the investigation.

The driver was not impaired, and speed was not determined to have been a factor. No citations have been issued or arrests have bee made.