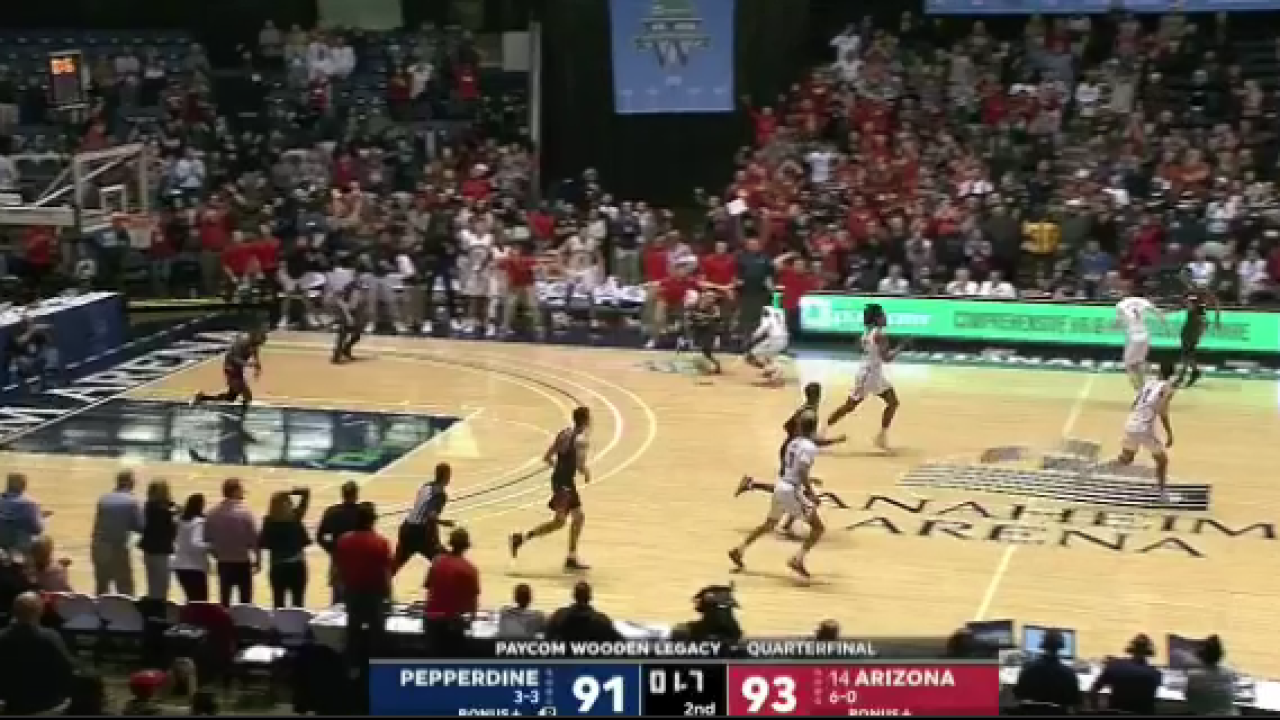 Colbey Ross' off-balance jumper tied it at 91 before Mannion drove the floor for the winning basket. Ross' heave from halfcourt went off the glass as time expired.

The game featured 24 ties and 13 lead changes as both teams shot 50 percent or better from the floor. Arizona was 18 of 25 in the second half.

The game was tied 42-all at halftime before Arizona jumped out to a 69-57 lead midway through the second half with a 13-2 run keyed by three consecutive 3-pointers from Green.

Pepperdine (3-4) got back into the game with nine straight points, including six by Chavez. The Waves tied it at 74 on Kameron Edwards' fast-break dunk off a steal with 6:47 remaining

Pepperdine went up 84-83 on Kessler Edwards' 3-pointer, but that was its last lead of the game.

Pepperdine: Three of the Waves' four losses are to Pac-12 teams. They have an eight-game losing streak to teams from the conference, with their last victory coming against Washington State in 2012.

Arizona: The Wildcats had won their first six games by an average of 30.3 points, the largest margin in the nation. But coach Sean Miller's squad was unable to take control of this one until the end.

Pepperdine: The Waves will take on Central Florida in the consolation bracket.

Arizona: The Wildcats will face Penn on Friday in the winners' bracket.