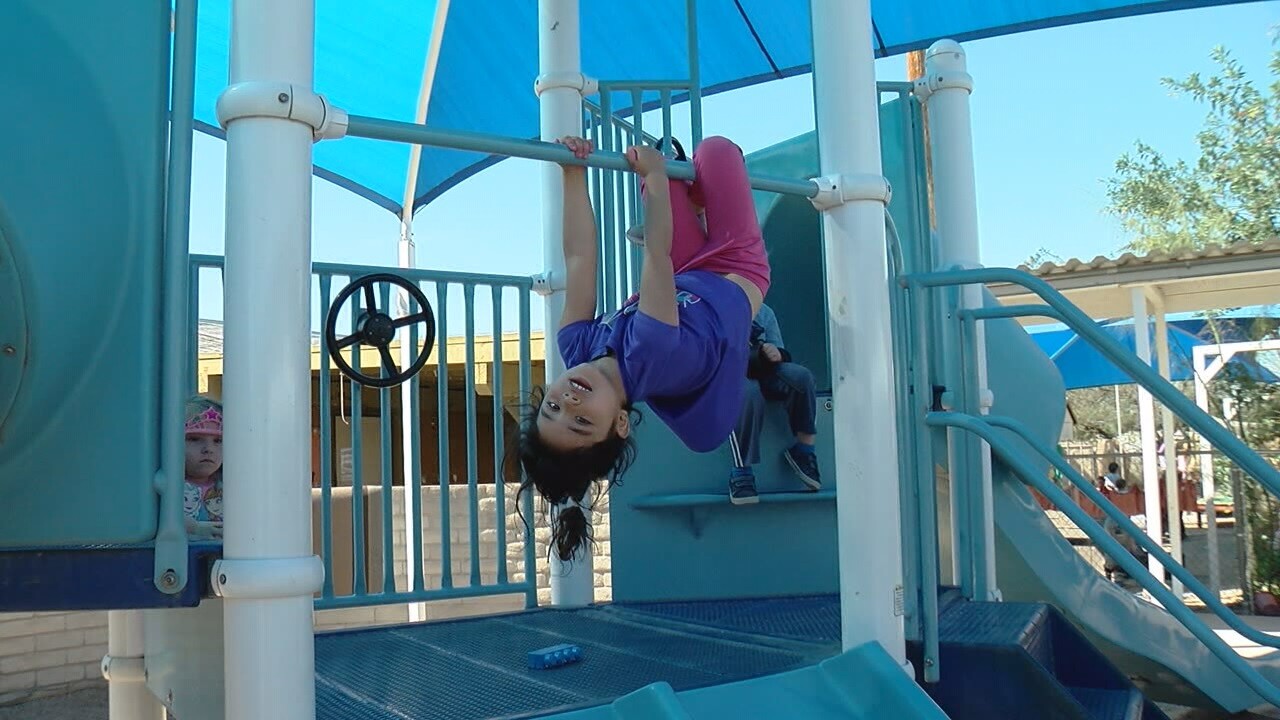 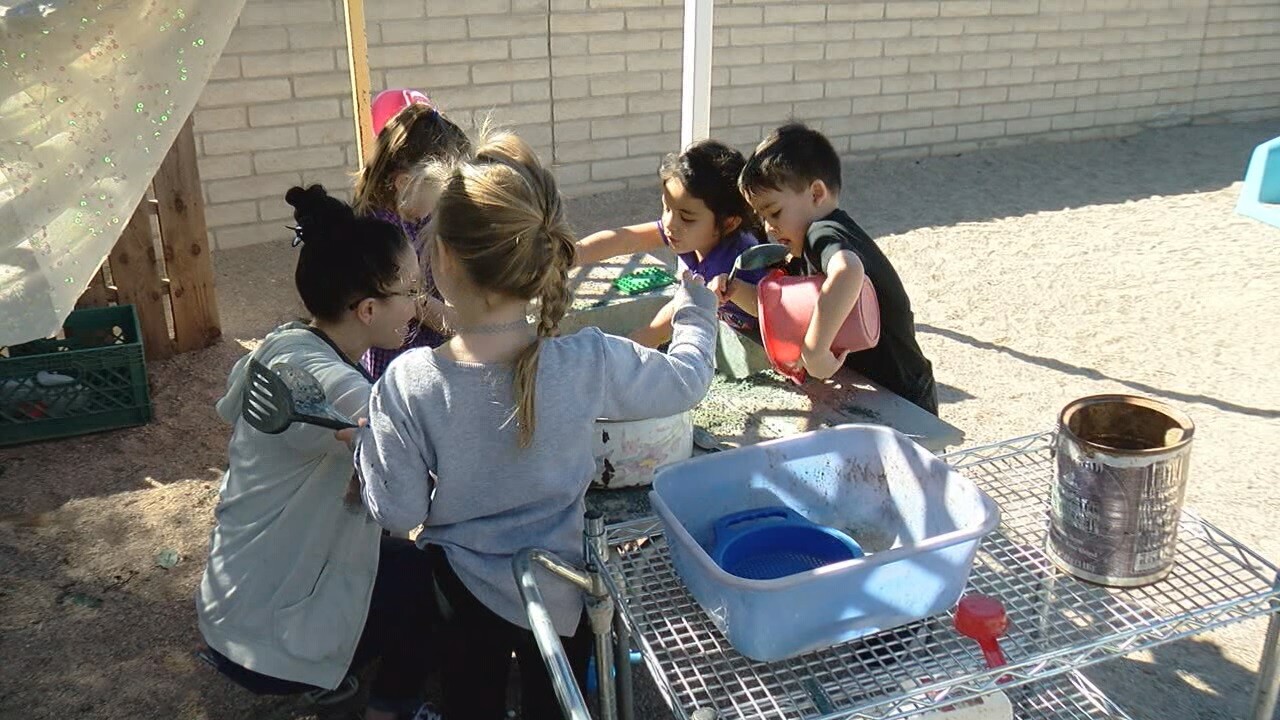 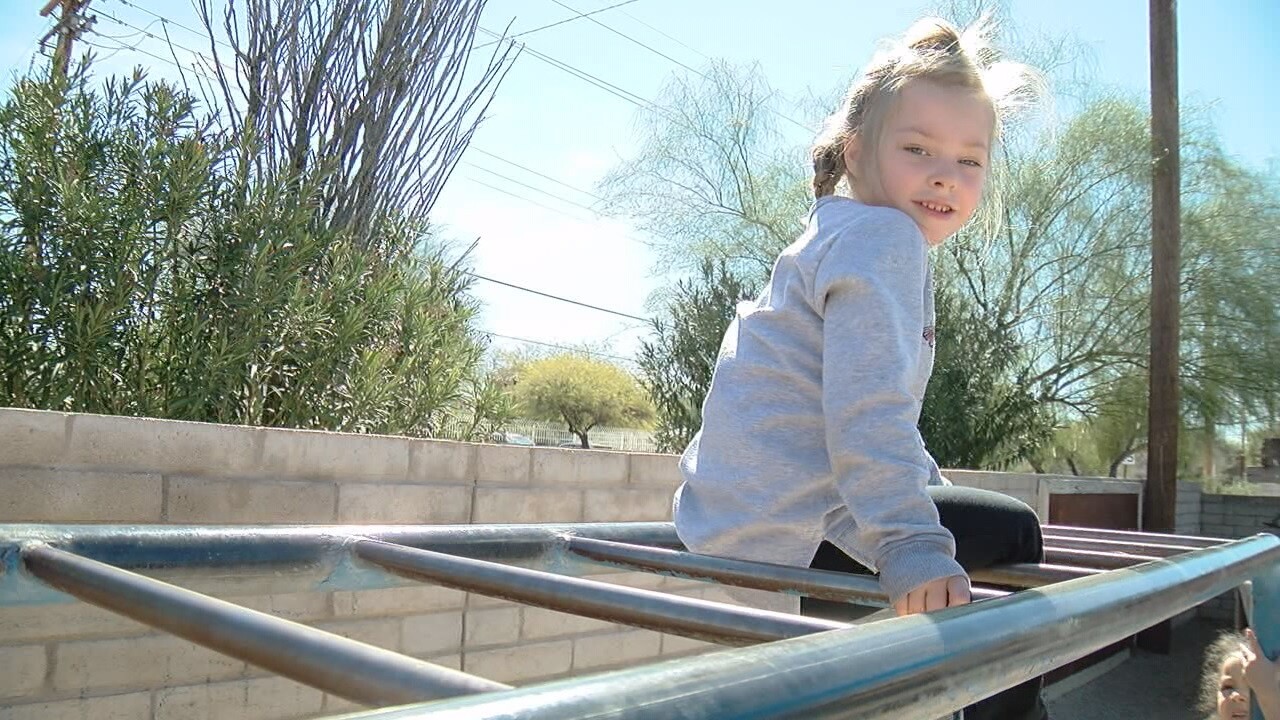 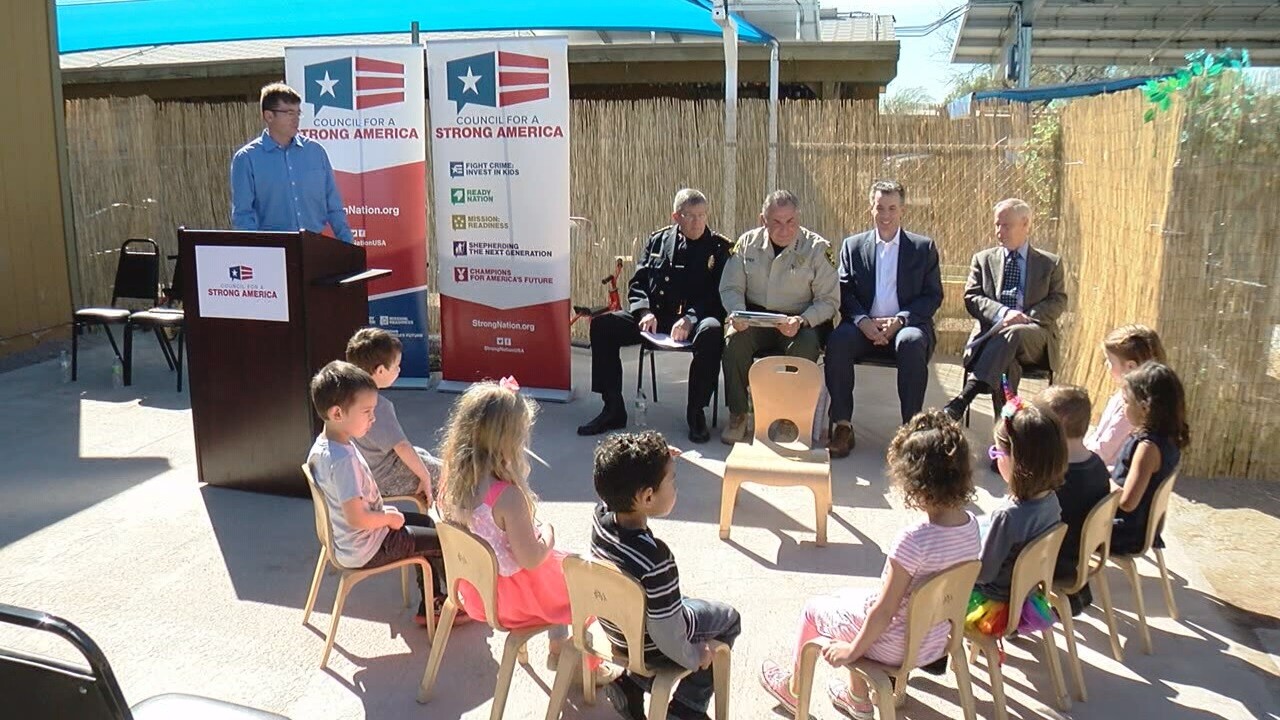 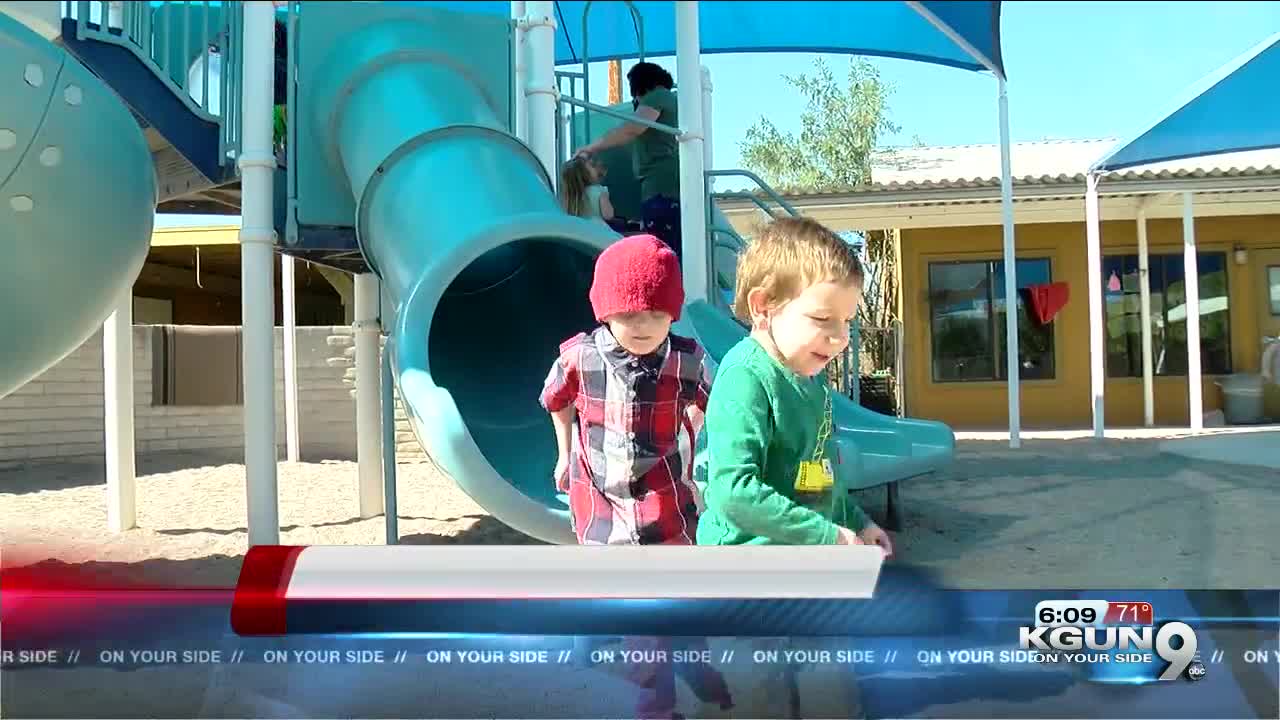 TUCSON, Ariz. - Why would leaders from law enforcement, the military and the business world be urging Arizona lawmakers to put more money into pre-schools?

They say giving kids a strong start keeps us all more productive...and safe.

When kids at the Outer Limits Pre-School run, play and learn, they probably don't realize they're building the foundation for a safe, productive life.

But that's why a police chief, a sheriff, a retired Army General and a business leader came to visit.

The point of all this is far from this pre-school, it's to reach lawmakers up in Phoenix and convince them to approve bills to channel 56 million dollars into scholarships to help low income families afford good pre-school child care. The idea is that much of a child's personality, character, and long term potential forms in the pre-school years. The funding would be through House Bill 2124 and House Bill 2125.

Richard Zahner served 36 years in the Army and retired as a Three-Star General. He says 72 percent of young people are unfit for the military because they fall short in education, physical fitness or criminal records.

"Because today we probably have about 1900 people in the Pima County Jail, I would estimate that a large percentage significant percentage of those have not been privileged with respect to early education, and that is a pathway to future criminality."

Oro Valley Police Chief Daniel Sharp says when kids are not ready for school they can fall into a cycle of failure that follows through life.

“So if we can break that cycle to have things where the kids can be successful, early schools and graduate from high school and be more productive I think I think we'll see a reversal of the trend."

An organization called Fight Crime: Invest in Kids says Arizona has the money from Federal Child Care Development Funds but Chief Sharp says lawmakers need to be convinced to make an investment in children now, that pays off fifteen years in the future.