Hundreds gather at Chuy's for 'Bike Night' and fundraiser 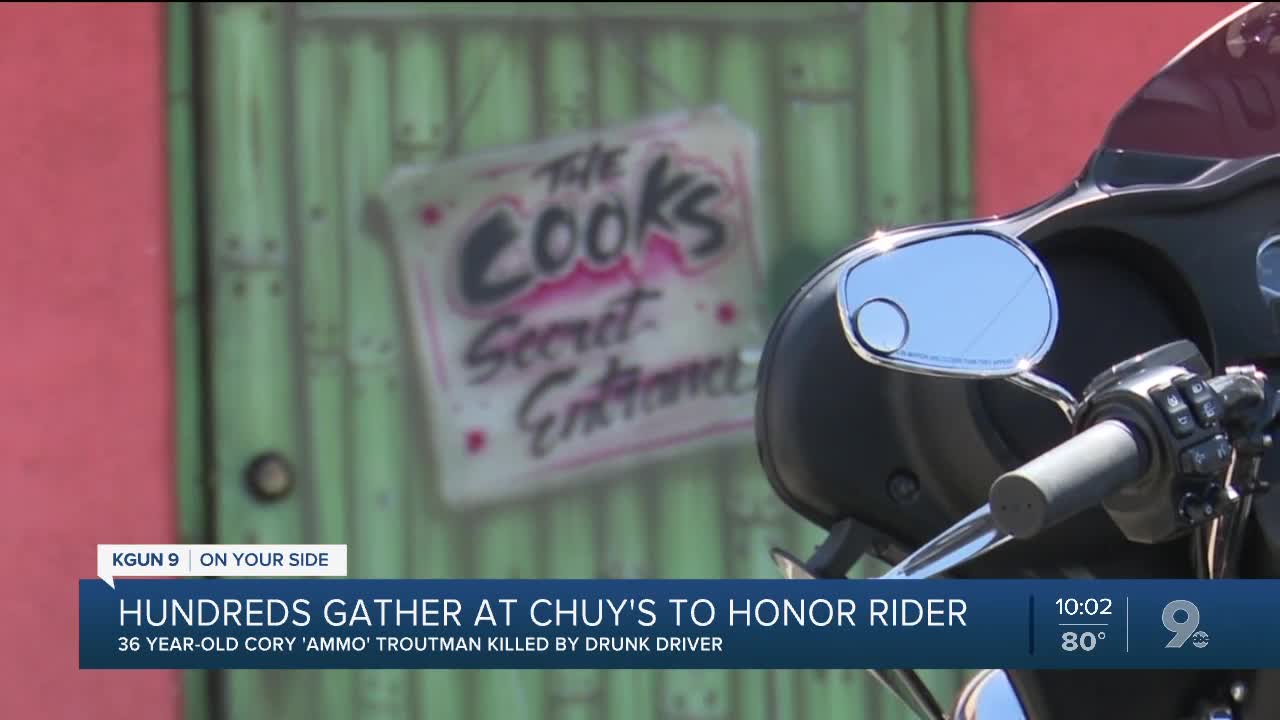 Chuy’s owner Brian Latta says it was a normal ‘Bike Night.’ Adding it was the first one since the state reopened, but this one was different than most given they were taking donations for the family of a rider- Ammo- who was hit and killed by a drunk driver. 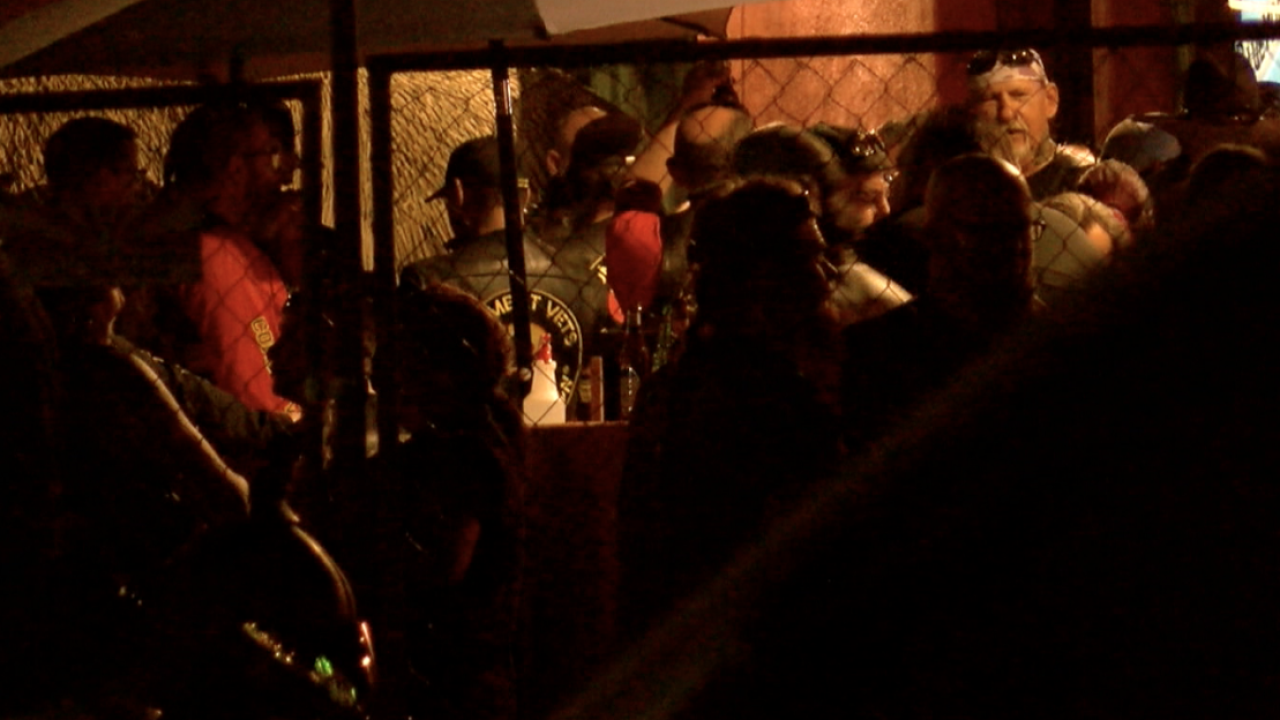 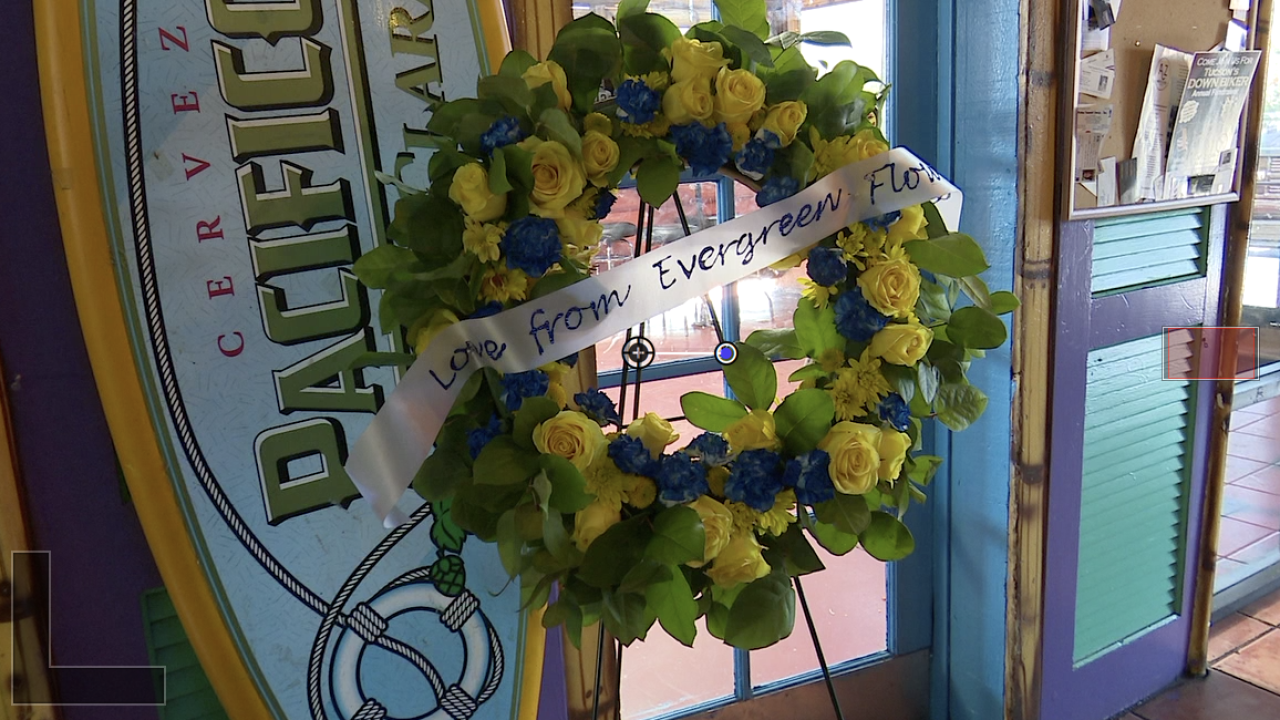 Chuy’s owner Brian Latta says it was a normal ‘Bike Night.’ Adding it was the first one since the state reopened, but this one was different than most given they were taking donations for the family of a rider -- Ammo -- who was hit and killed by a drunk driver.

“We were just doing our darndest to try to keep up and I’ll be the first to admit that you know we weren’t able to,” said Latta.

Within hours, the event had over 200 people interested in going.

“So I immediately went into damage control mode so to speak and extending my premise got a security fence to donate some fencing so we could close off the front parking lot,” Chuy’s owner added.

The day of, Chuy’s owner Brian Latta posted on his Facebook saying in part:

‘Understand we need to make the best attempt to keep this safe and in operating guidelines. Please come, drop off any donations….’

“I had every employee on hand. Obviously temperature checking everyone who walked through the door. I contacted three other locations for people to be able to gather if we were too full,” aid Latta.

However, when they opened their doors, there was a steady flow of people coming in, and staying.

Many were there to pay tribute to 36 year-old Cory Troutman, known as Ammo-Nishon to fellow riders.

Officials say he was hit by a drunk driver, and later died from his injuries.

“It just took on a mind of its own. And we did our best. We had all of our tables and chairs cleared out of the restaurant except for our booths, and we had them all outside,” Latta stated.

KGUN9 got calls, emails, and Facebook messages from several people concerned about this gathering.

A man, who asked not to be identified, said the packed house was upsetting to see.

“It looked like sardines. People just packed, so much so that the fence was bowing because of the weight of the people that were there. There was no control. I feel bad for the people working there because they had to be feeling overwhelmed,” he told KGUN9.

The Tucson Police Department also made an appearance, but not to shut them down.

“TPD was parked out back. Spoke with them. They were just here really to protect our safety,” Latta added.

Councilman Steve Kozachik says, there’s a reason for that.

“I could call TPD and say go on over to Chuy’s, or go on over to Dirtbag's and start busting people...they have no enforcement authorities under the guidelines that Ducey put out. They’re just recommendations,” said Councilman Kozachik.

So his recommendation for any restaurant or bar in business right now is the following:

“Do it right. Do the social distancing. Limit the number of people inside the building. Make sure there’s six, eight feet between customers,” said Kozachik.

As for Latta, he says he’ll continue doing his part to make his restaurant safe.

“Certainly was no intent to intentionally put anyone in harms way. We are here trying to serve the community, not to do anything other,” he told KGUN9.