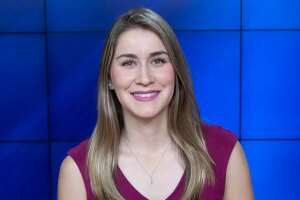 Luzdelia Caballero joined KGUN9 as a reporter in September 2019. She was born and raised in San Diego and made her way over to Los Angeles when she became a Bruin. There she covered various stories with PBS and Univision while balancing school and playing for the UCLA Women's Lacrosse team.

After graduating with a double major in Communication Studies and Spanish, she worked as an associate producer for FOX 5 News. She later moved to the Coachella Valley for two years to work for NBC Palm Springs and Univision Palm Springs. There she reported for both stations and was a weather anchor for NBC Palm Springs.

Luzdelia is thrilled to be living out her dream here in the beautiful Tucson desert and can't wait to get to know and serve her community. During her free time, you can find her exploring the great outdoors, spending time with family and friends, and trying new foods!

Fun fact: her first language was Spanish and she didn't learn English until she was about 6 years old!

If you have a story or a news tip, send her a message: