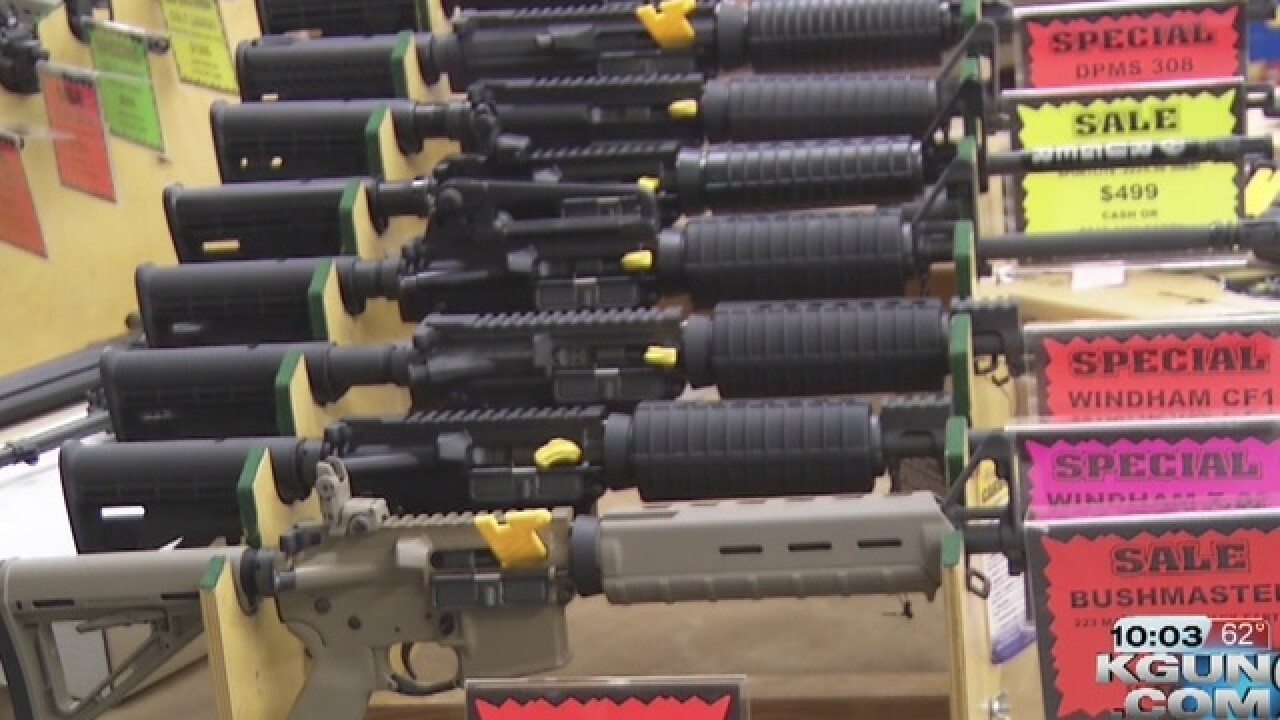 Citizens for a Safer Pima County, which is led by Molly McKasson and Nancy Bowman, plans to make the request at a call to the audience at a 9:30 a.m. Thursday at the regular meeting of the Southwestern Fair Commission and Pima County Fair Commission.

The meeting is at the Cantina Meeting Room at Pima County Fairgrounds, 11300 S. Houghton Road.

The gun show issue is not on the meeting agenda.

"We tried to get on their agenda," McKasson told KGUN9. "They said we had to just come to call to the audience."

McKasson is known for her service on the Tucson City Council, which she left in 1997.

The Crossroads of the West Gun Show is scheduled for Sept. 14-15 at the Pima County Fairgrounds.

Word of the group's efforts has drawn backlash. Bob Templeton of Crossroads of the West Gun Shows sent out an email message labeled "Local liberals attack Pima County gun show" and says "We need you to be there. Please come and speak in support of our right to lawfully assemble and to defend our right to continue to have the gun shows."

McKasson said her group is calling for universal background checks. Under current law, gun show sales do not require background checks for private sellers. Gun control advocates say the law makes it easy for firearms to get into the wrong hands, increasing the risk of mass shootings.

"If we had universal background checks, it might be a different situation," McKasson said.