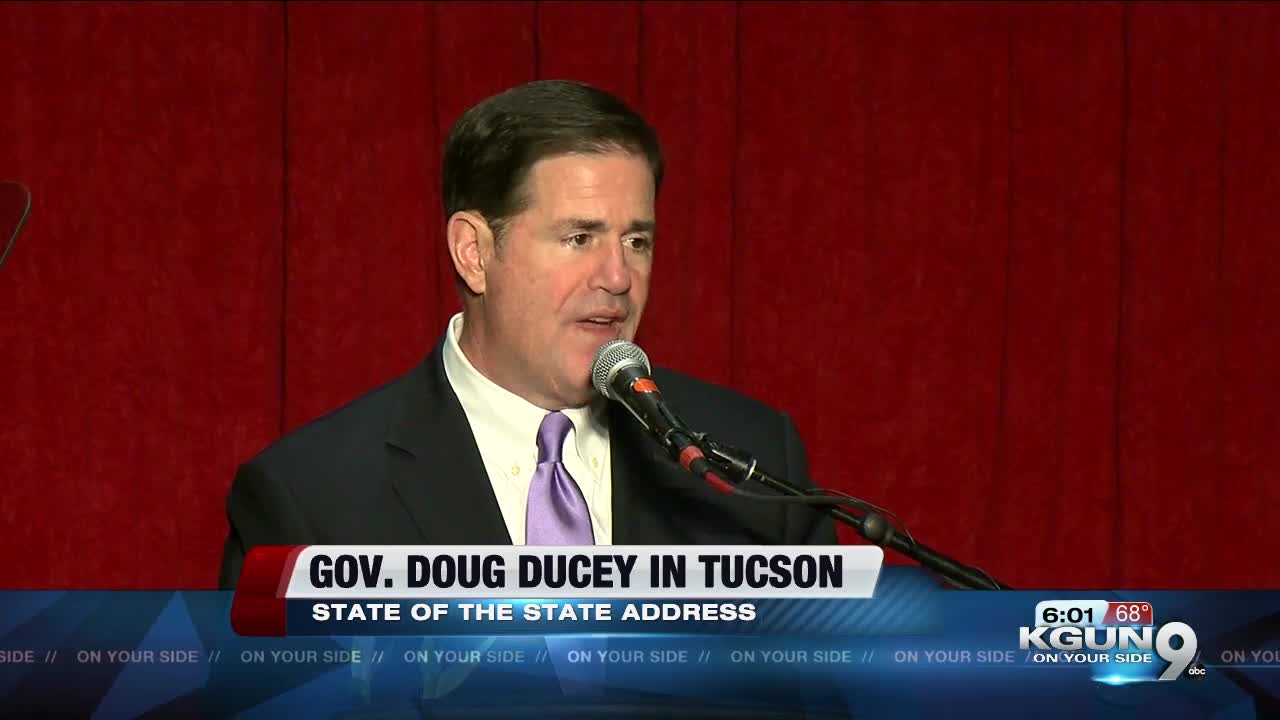 Governor Doug Ducey emphasized several Tucson themes while delivering his State Of The State Address for a second straight day.

This time the Governor speaking to members of the business community at the Tucson Convention Center.

Gov. Ducey said "Ladies and gentlemen, I'm proud to report: the state of our state is strong."

For the sixth time Gov. Ducey delivered his state of the state message in Tucson.

Like yesterday's speech at the State Capitol in Phoenix, Ducey touted a strong Arizona economy with debt falling and wages rising.

Plus he believes Tucson and Southern Arizona will benefit from the new U.S., Mexico, Canada trade agreement.

"With the new USMCA we've paved the way for an even stronger trade relationship with our valued neighbors to the south. and that's going to mean good things for Southern Arizona," Ducey said.

Ducey reiterated his budget plan that includes the final 5 percent raise for teachers, and an initiative for struggling schools called "project rocket."

He said he also wants to quickly finish widening I-10 to three lanes between Tucson and Phoenix including a new sic-lane bridge over the Gila River.

He said "It's time to accelerate completion of I-10's widening in both directions between our two largest cities."

Gov. Ducey again called for the closure of the Florence State Prison.

"We see this kind of bad policy actually happening in 560 American cities outside of Arizona. We want to make sure that those bad out of state policies aren't imported into Arizona." Ducey said.

The Governor is calling for the legislature to refer to the November ballot a referendum allowing all voters to decide whether sanctuary cities should be legal in Arizona.

RELATED: Five takeaways from Governor Ducey's 2020 State of the State