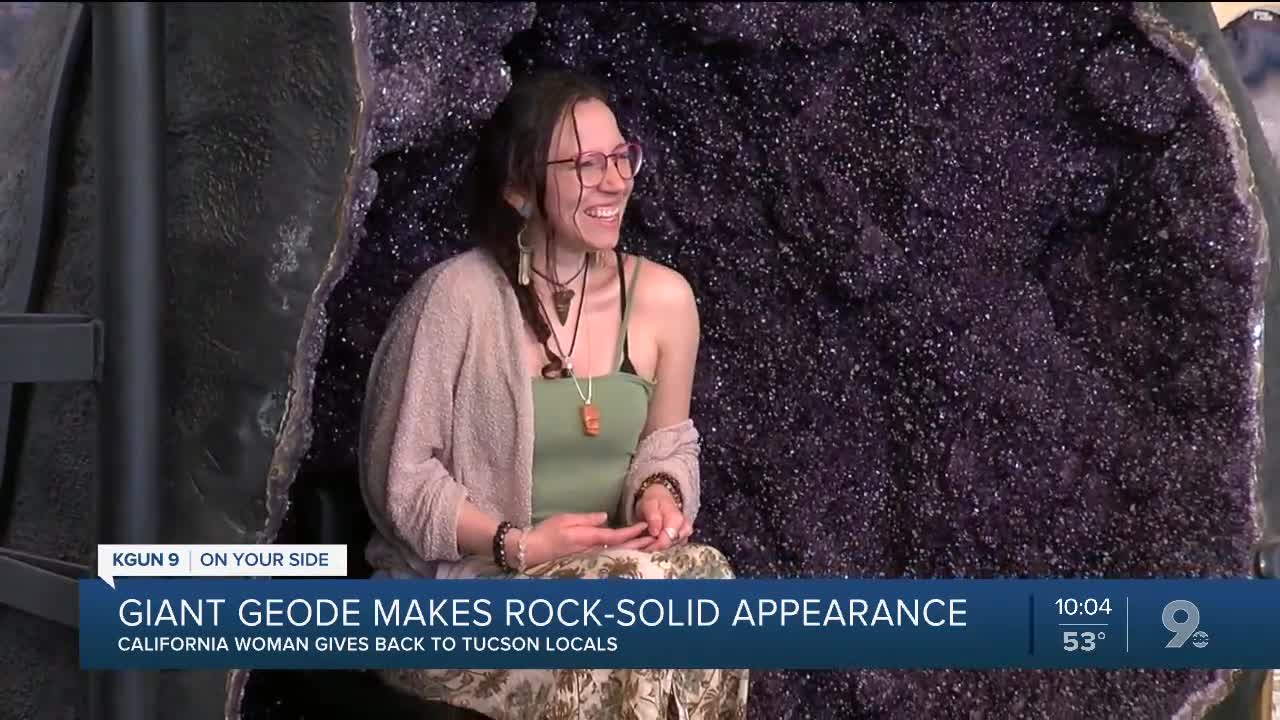 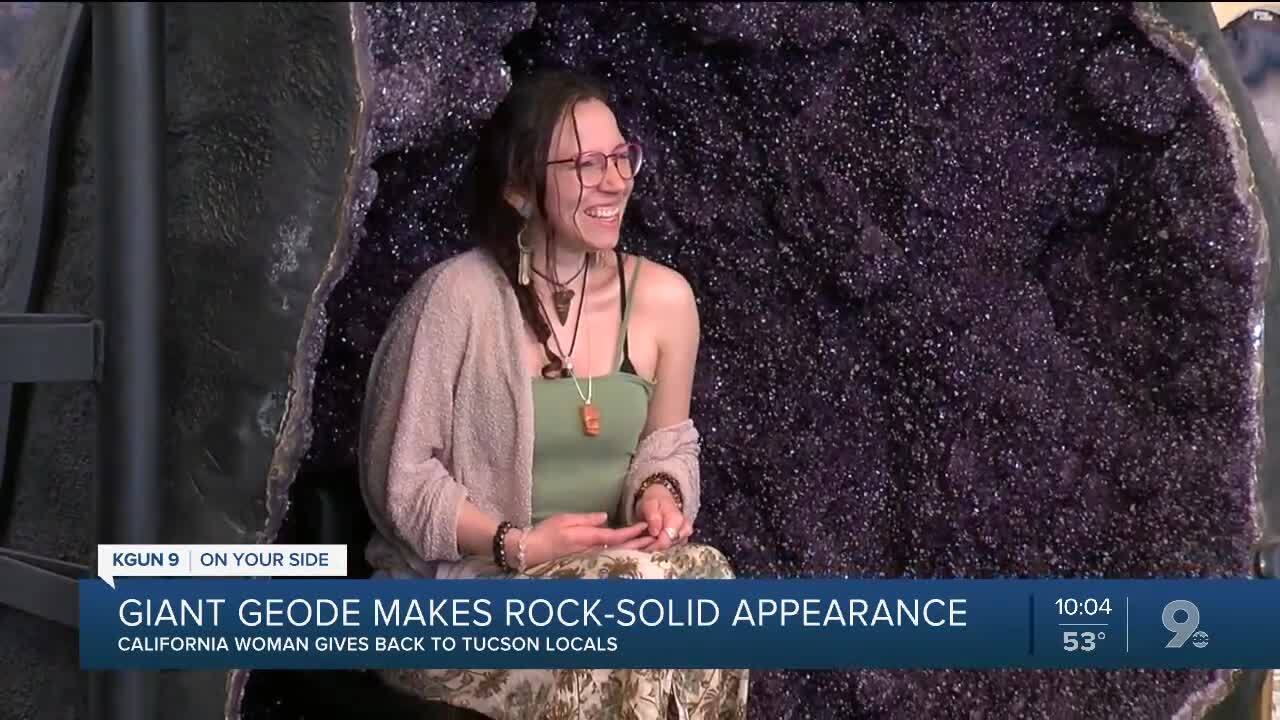 TUCSON, Ariz.-- Thousands from near and far came out to the Gem and Mineral Showcase’s opening weekend, but there was one geode that was getting more attention than others.

Among the rock-solid displays, one stood out.

A four-ton geode, went beyond making jaws drop. It also helped raise money for kids and animals along the way.

Michal Mael is the CEO of Michal & Company, an organization that sells exotic geodes from Brazil and Uruguay.

“I want to do something that’s never been done before. So, I created this one of a kind huge geode that you can shut the door and be totally encased with the amethyst,” said Mael.

Aside from being an impressive rock, it is also helping raise money for the Therapeutic Ranch for Animals and Kids--also known as TRAK.

This non-profit works with children with disabilities.

“I had baby twins. They’re diagnosed with autism...and my life changed forever after that,” she added.

So Mael felt a special connection to this organization.

Now, every time someone sits inside this geode, that donation goes directly to TRAK.

Cierra George was one of the many who experienced being inside. She came all the way from North Carolina to experience the showcase.

“I mean who gets to sit in a giant geode. A sense of peace just washed over me for just a moment and I mean, it was something to behold,” George told KGUN9.

Some people say the experience begins when you sit inside the geode.

Others say the magic begins once the door shuts. Regardless of your experience, proceeds from this rock are going to helping children and animals.

Scott Tilley is the co-founder of TRAK. He says, people like Mael are a blessing to Tucson and its economy.