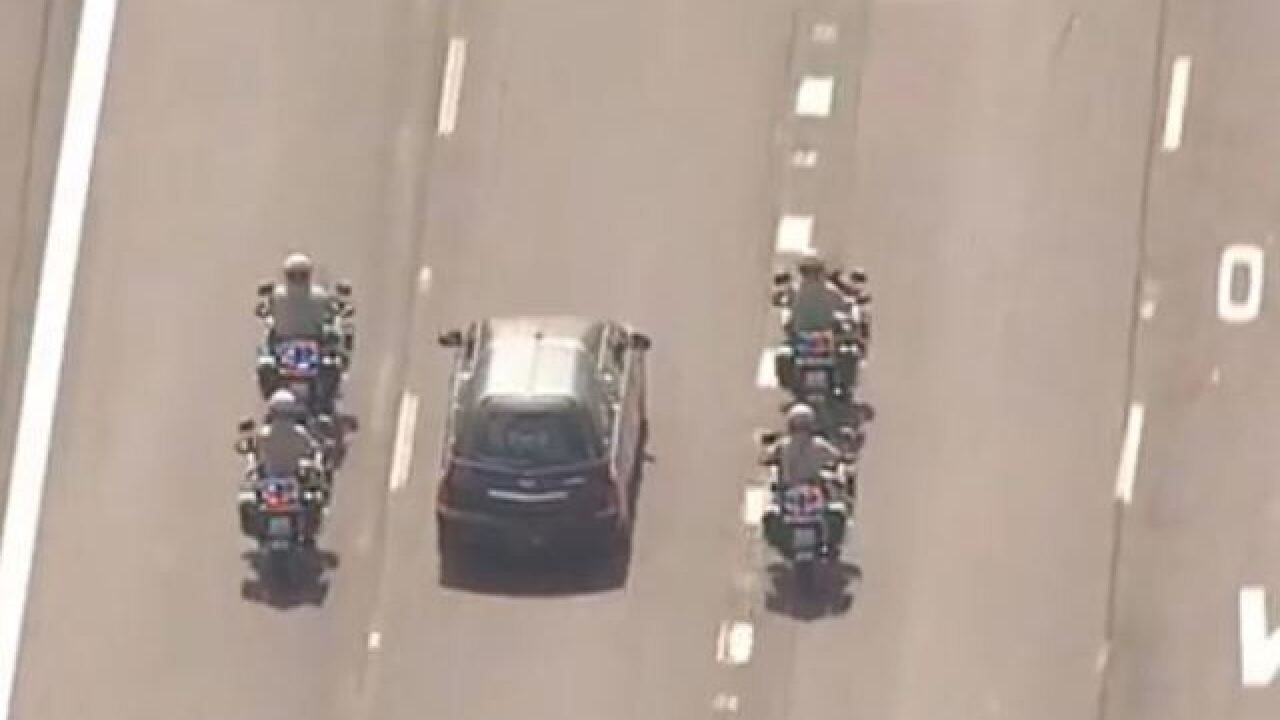 Copyright 2018 Scripps Media, Inc. All rights reserved. This material may not be published, broadcast, rewritten, or redistributed.
<p>Friends and political rival said goodbye to Senator John McCain today in a Phoenix church service before his body was flown to Washington for more honors there.</p> 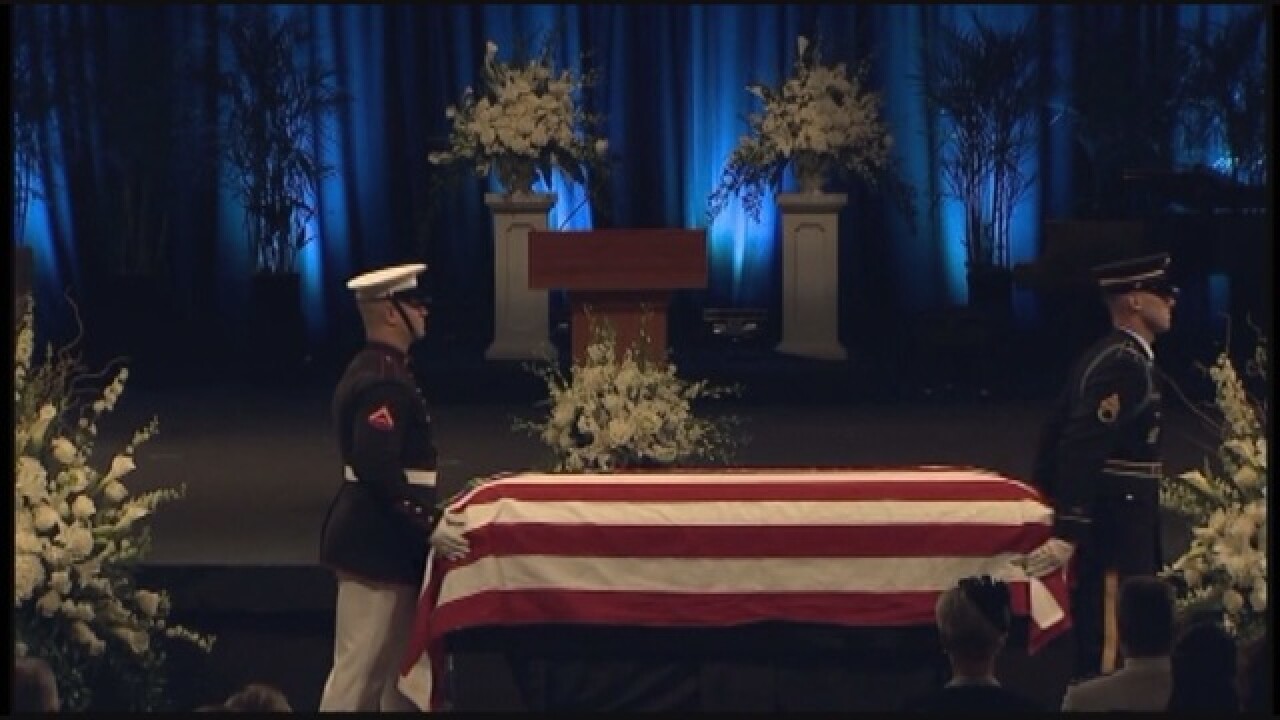 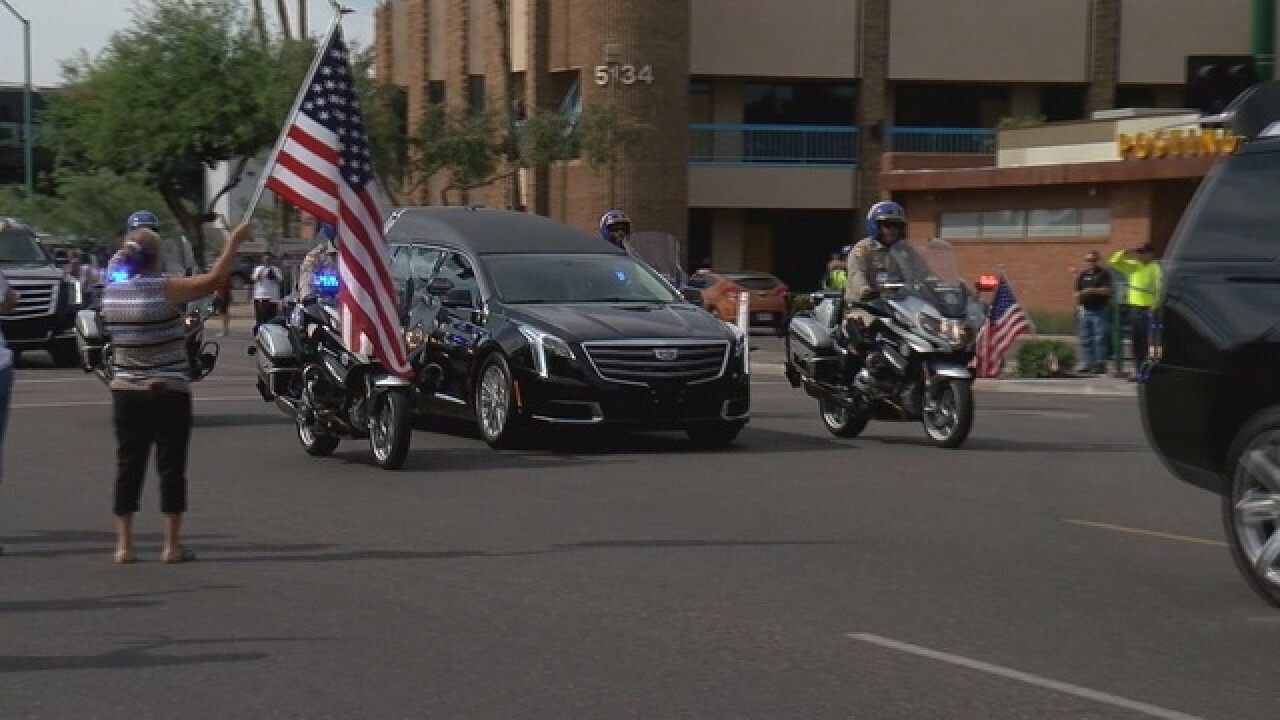 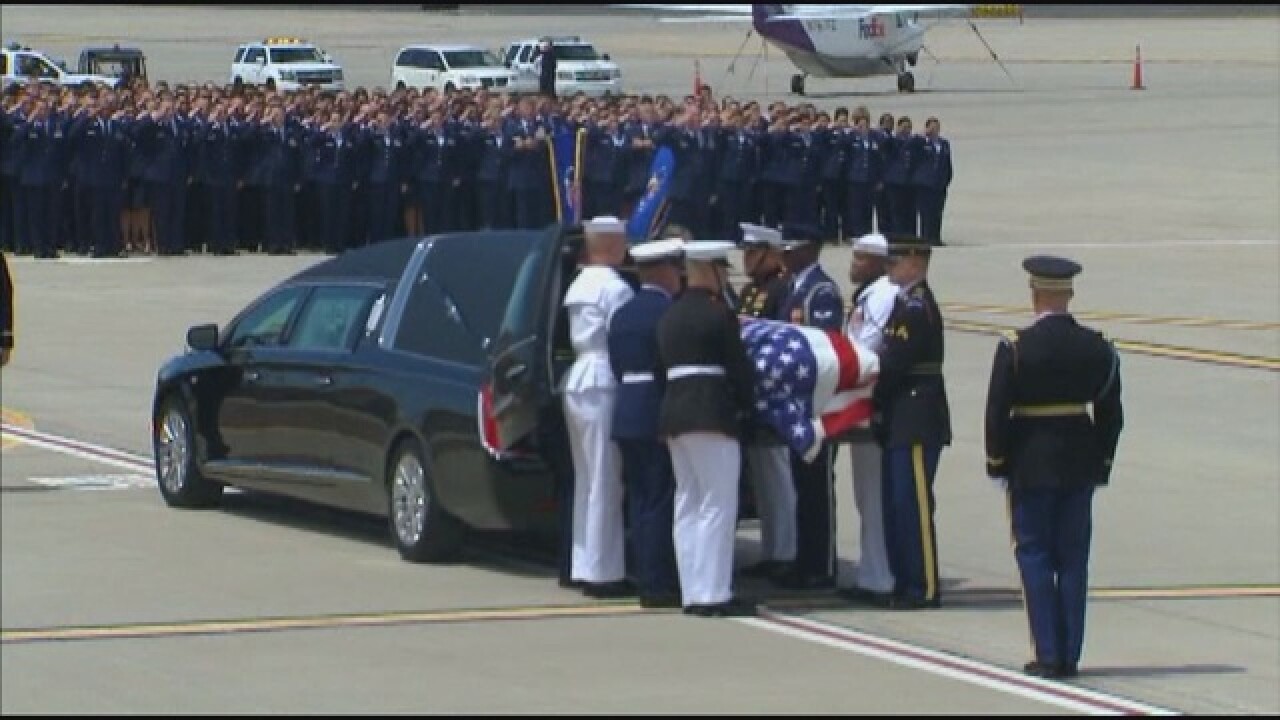 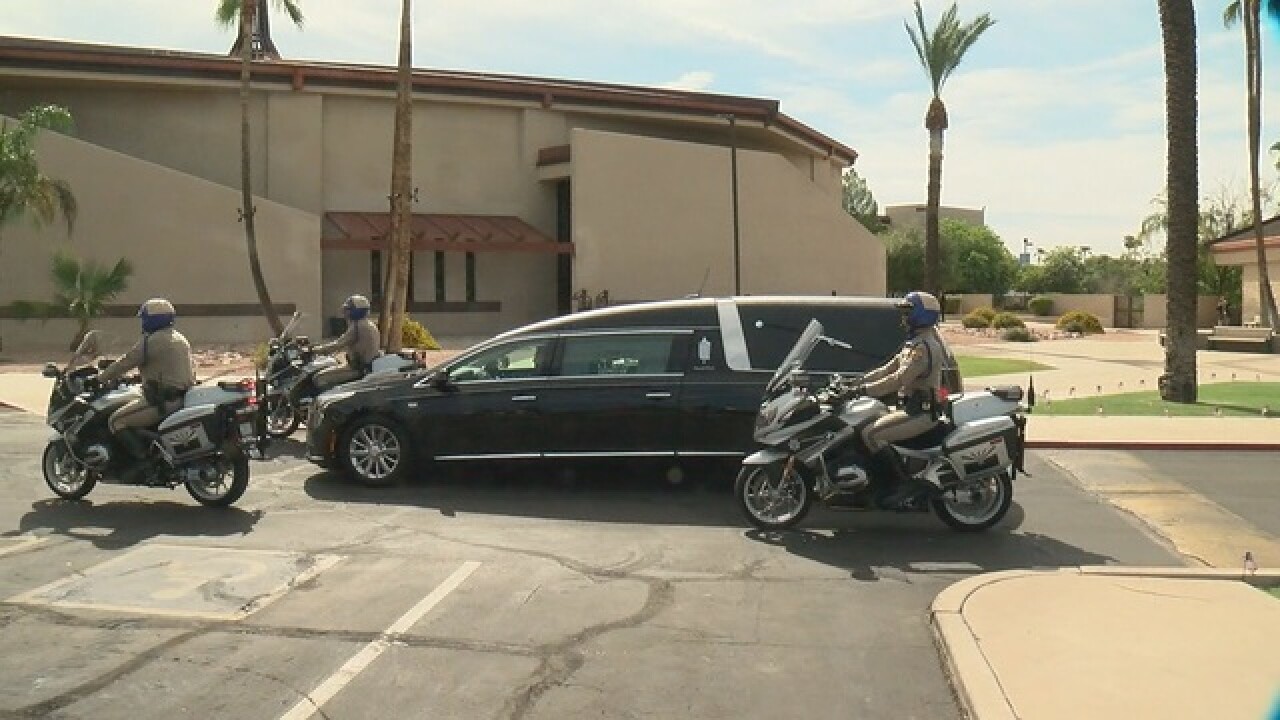 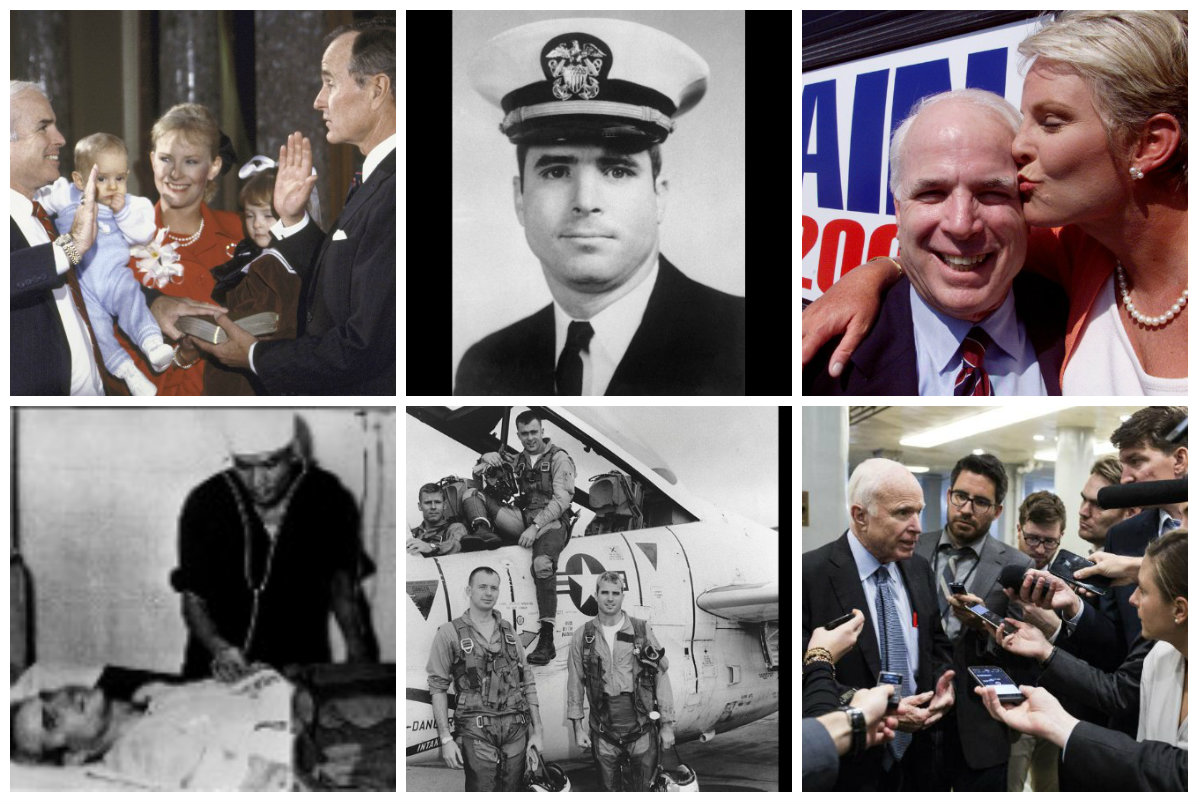 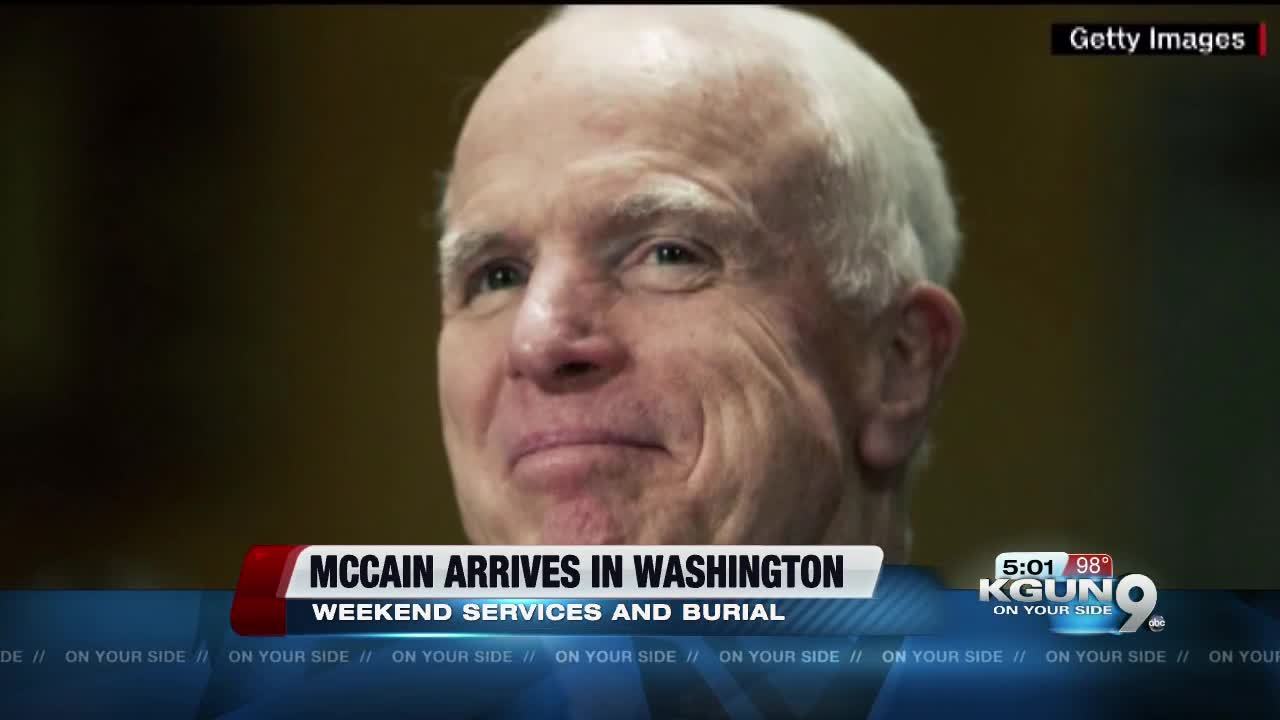 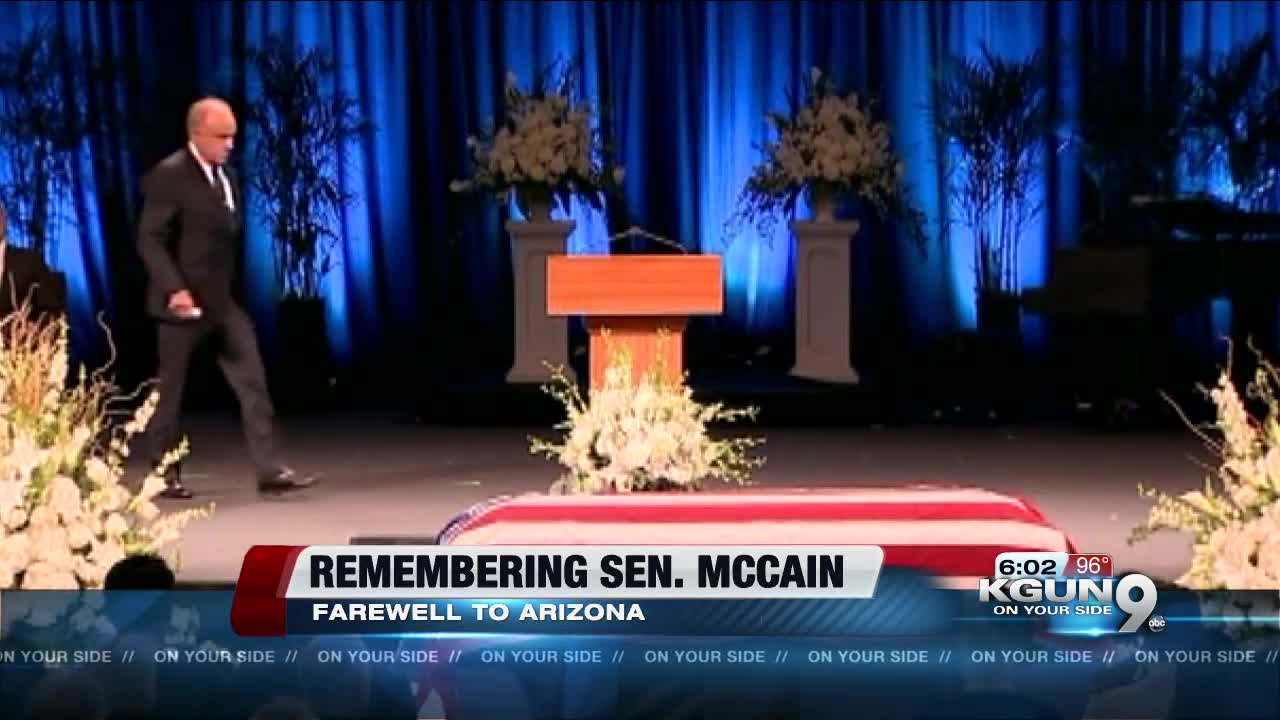 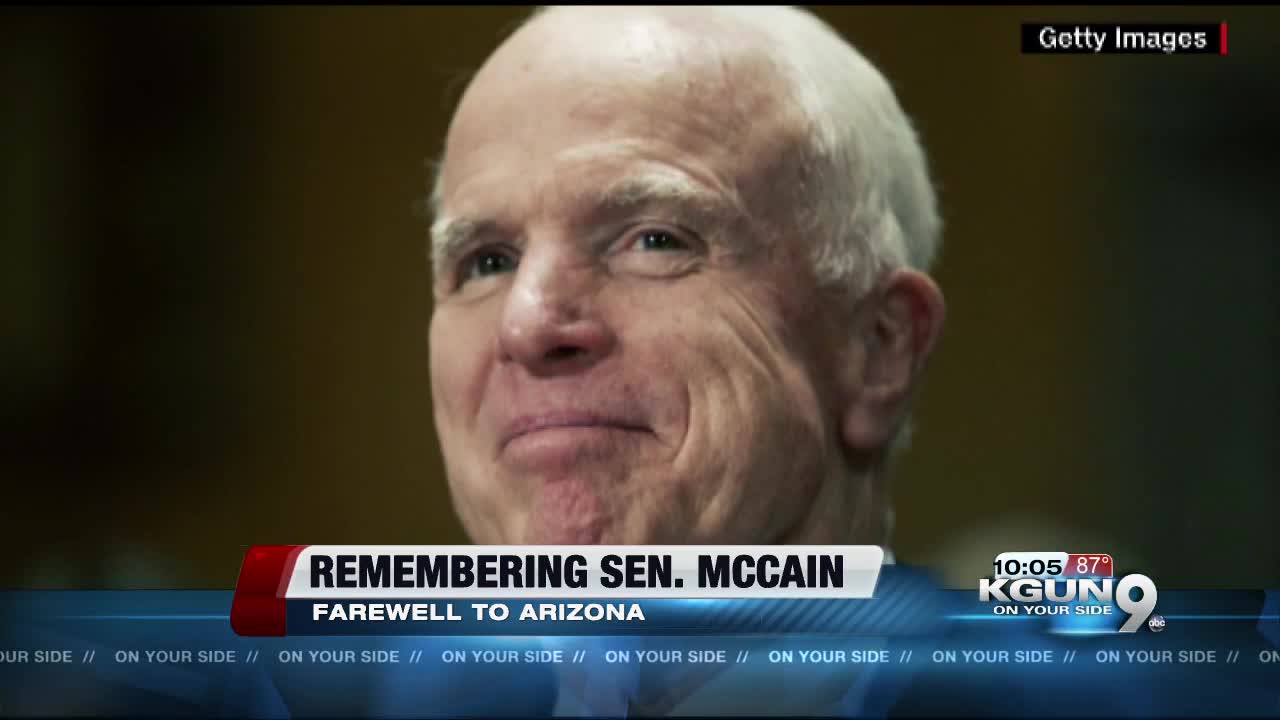 Friends and political rival said goodbye to Senator John McCain today in a Phoenix church service before his body was flown to Washington for more honors there.

#JohnMcCain exits Phoenix church for flight to DC and ceremonies there. @kgun9 pic.twitter.com/SdM8bc0pWd

North Phoenix Baptist Church was the faith home for the McCain family.  It became a homecoming site for friends of John McCain to remember how and why they loved him.

A motorcade brought the Senator's body from a day of lying in state at the Arizona Capitol.

A military honor guard from Army, Navy, Marines, Air Force and Coast Guard moved the casket into the church, past his wife Cindy and the rest of the family.

There, old friends described how they became friends with John McCain.

Before he became Arizona's Attorney General Grant Woods was McCain's Chief of Staff.  He says his first day in that job taught him knowing John McCain would be an adventure.

"That two hours kind of epitomized the next 35 years for me with John McCain," said Grant Woods, McCain's former chief of staff. "It was at once a little bit harrowing, s little wild and crazy but a lot of fun."

All the speakers described a man of integrity, faith and fun who understood friendship stands apart from political battles and rivalries.

One of those rivals--and friends-- was former Vice President Joe Biden.  He spoke of upholding McCain's ideals of strong but civil debate, and putting the good of the country above scoring political points; and he talked of living with loss.

"You'll all find your own images, whether it's remembering his smile or his laugh or touching his shoulder or just running his hand down your cheek or feeling like someone's looking at you and just smiling at you," Biden said.

And Biden said McCain's strong, stubborn, idealistic spirit will live on and as the honor guard moved him out of the church the last music made that point....It was Frank Sinatra singing "My Way...."

McCain has left his adopted state of Arizona for the last time as dignitaries and loved ones flew along with his casket to Washington, DC, where he will lie in state at the US Capitol, have a service at the National Cathedral and be buried at the Naval Academy in Annapolis.

Former Tucson Area Congressman Jim Kolbe says McCain was a hero for more than the courage he showed as a prisoner of war in Vietnam.

"He was heroic for the life he provided as a guide for all of us and the way living his life, a life of integrity and a life of complete public service from the day he entered the Naval Academy to the day he passed away," Kolbe said.

A DPS escort brought Senator John McCain's hearse from the State Capitol to North Phoenix Baptist Church There, an honor guard from all the Armed Forces carried the casket into the church, past Cindy McCain and her family.