Double-amputee stops in Phoenix for 31 marathons in 31 days 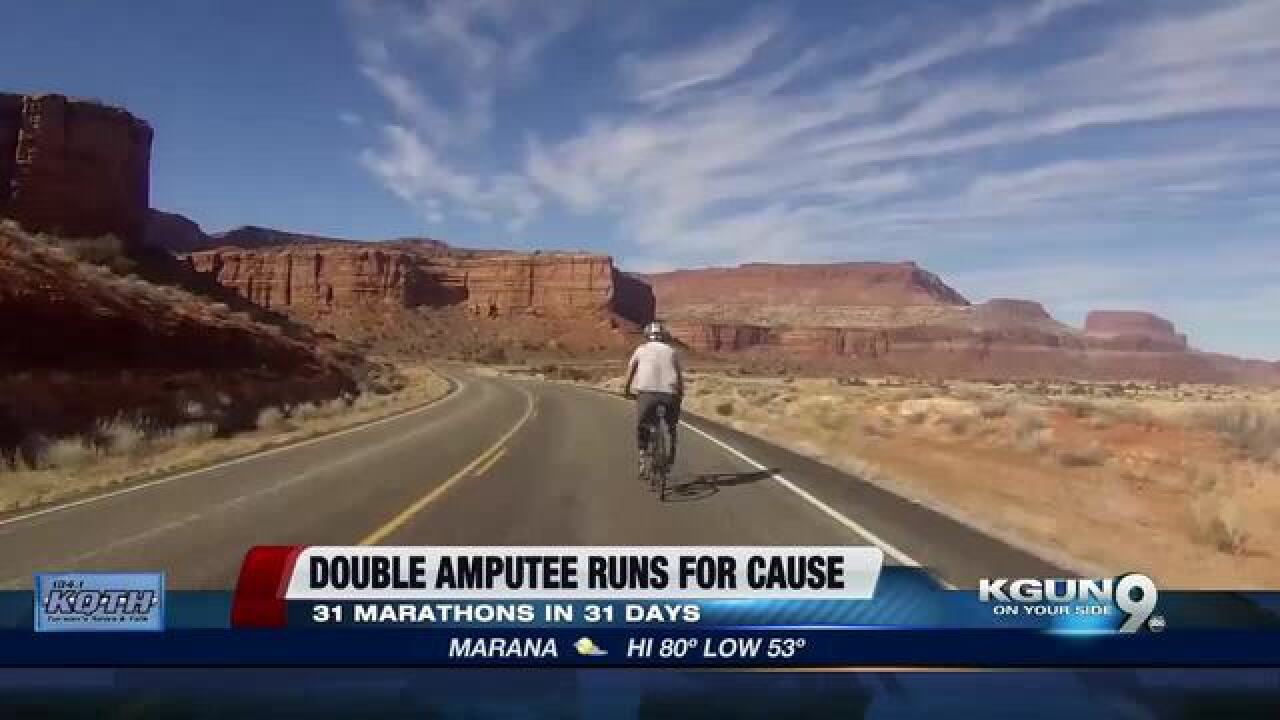 A U.S. Marine veteran is raising money and awareness by running marathons across the country to reach his goal of 26.2 miles. Rob Jones is a double-amputee and is running 31 marathons in 31 days.

For his 20th stop, he chose to run in Phoenix after completing a marathon in San Diego, California. KGUN9's Pat Parris was there for the special event.

An honor to run with @RobJonesJourney in Phoenix this morning as he raises money for wounded vets pic.twitter.com/kLaeADoN0q

"I saw an issue with the veteran community that I thought I would be able to have an effect on," says Jones as he describes why he is raising money for those wounded in war.

Jones was deployed in 2008 and then to Afghanistan in 2010, where he was wounded in action by a land mine. According to his bio, the injury was so severe that both his legs had to be amputated. He was honorably discharged from the Marine Corps in 2011.

The marathoner worked hard to recover and gain the use of his prosthetics, where he discovered his talent for running. "You wouldn't expect a double, above-the-knee amputee to be very good at running so I'm just trying to change the perspective as well," says Jones.

While experiencing some expected issues, Jones says the previous runs have been great and has received plenty of support.

Jones will end his 31 marathons in 31 days on Veteran's Day, which is November 11th. His last run will be in Washington D.C..

To follow the rest of his journey, you can head to Rob's website where there is also a link to donate to his cause.