One killed in eastside hit-and-run 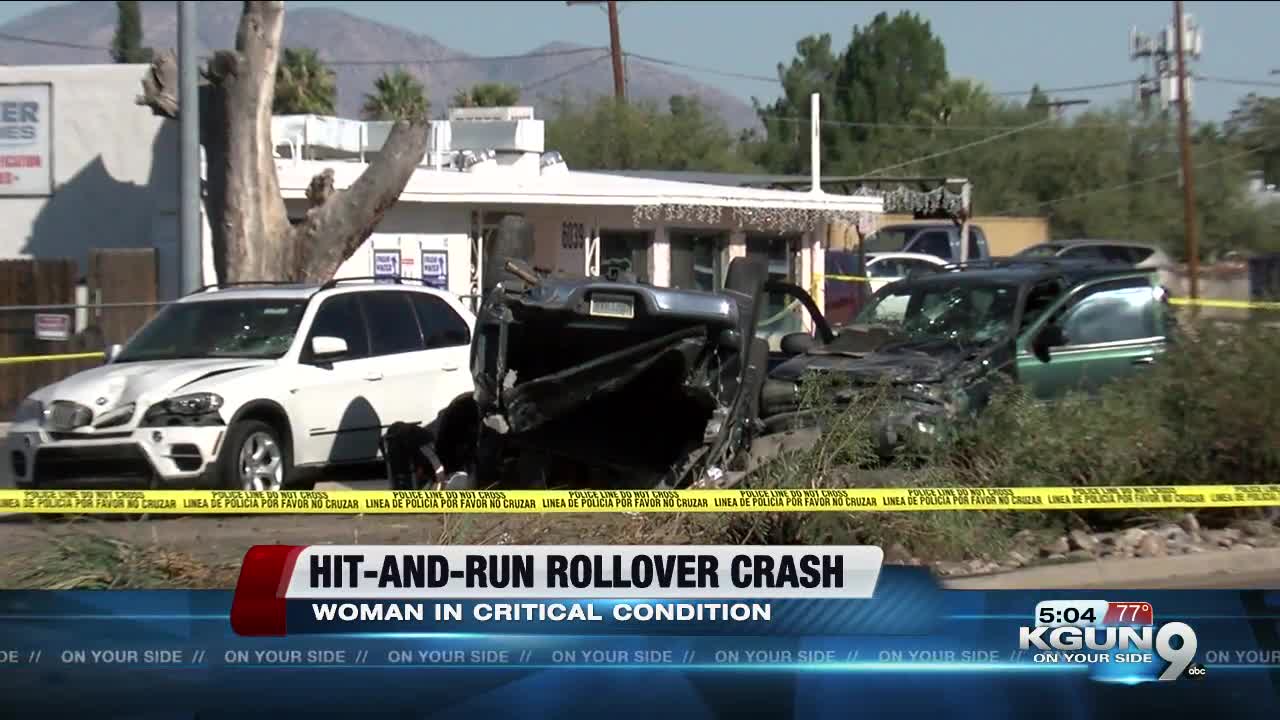 A woman was critically injured in a three-vehicle hit-and-run rollover Wednesday near 22nd and Wilmot.

TUCSON, Ariz. - A woman has died after a three-vehicle hit-and-run rollover Wednesday near 22nd and Wilmot.

Sgt. Pete Dugan said a woman was driving a vehicle eastbound on 22nd Street when another car rear-ended her, pushing her over the median into westbound traffic.

That woman then died.

A man was also treated for minor injuries.

The road is now re-opened.

22nd Street was closed in both directions between Craycroft and Wilmot.