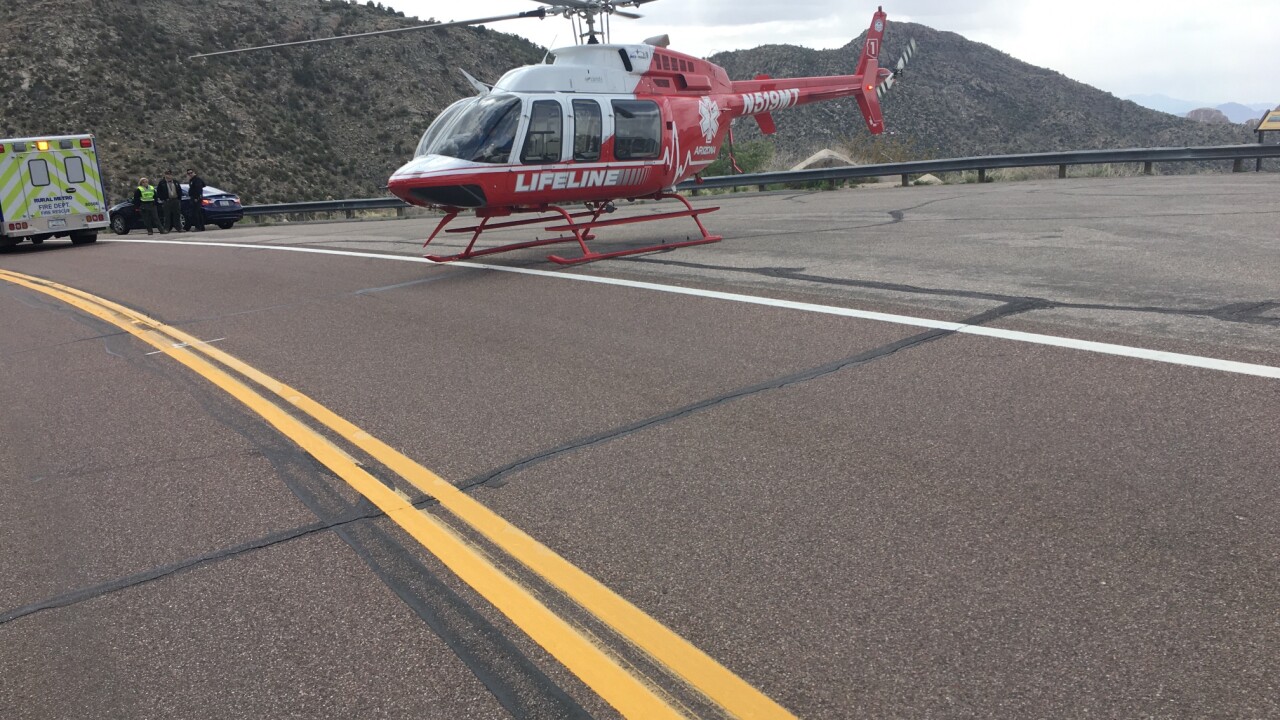 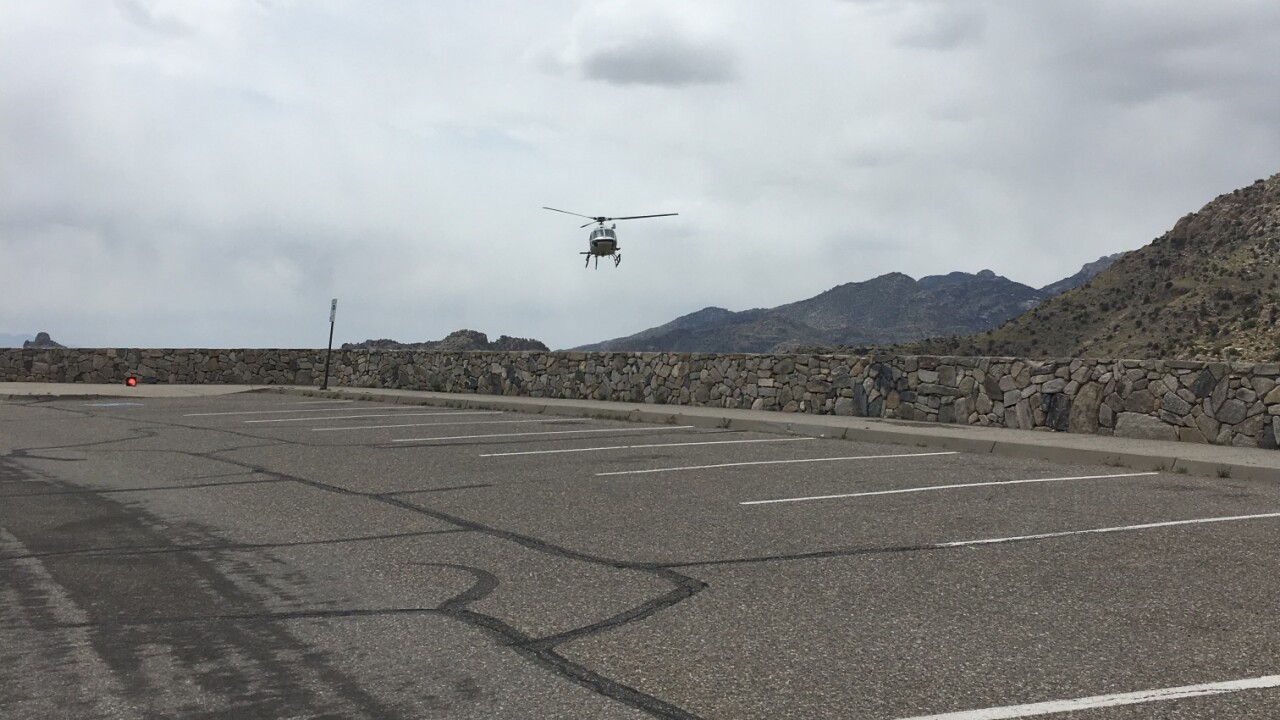 According to deputy Daniel Jelineo, the man was climbing with a group near milepost 11. He slipped and fell between 20 and 30 feet.

The man injured his head but was conscious when crews reached him.

After setting up a helicopter landing zone at Seven Cataracts, the crew flew the man to safety.