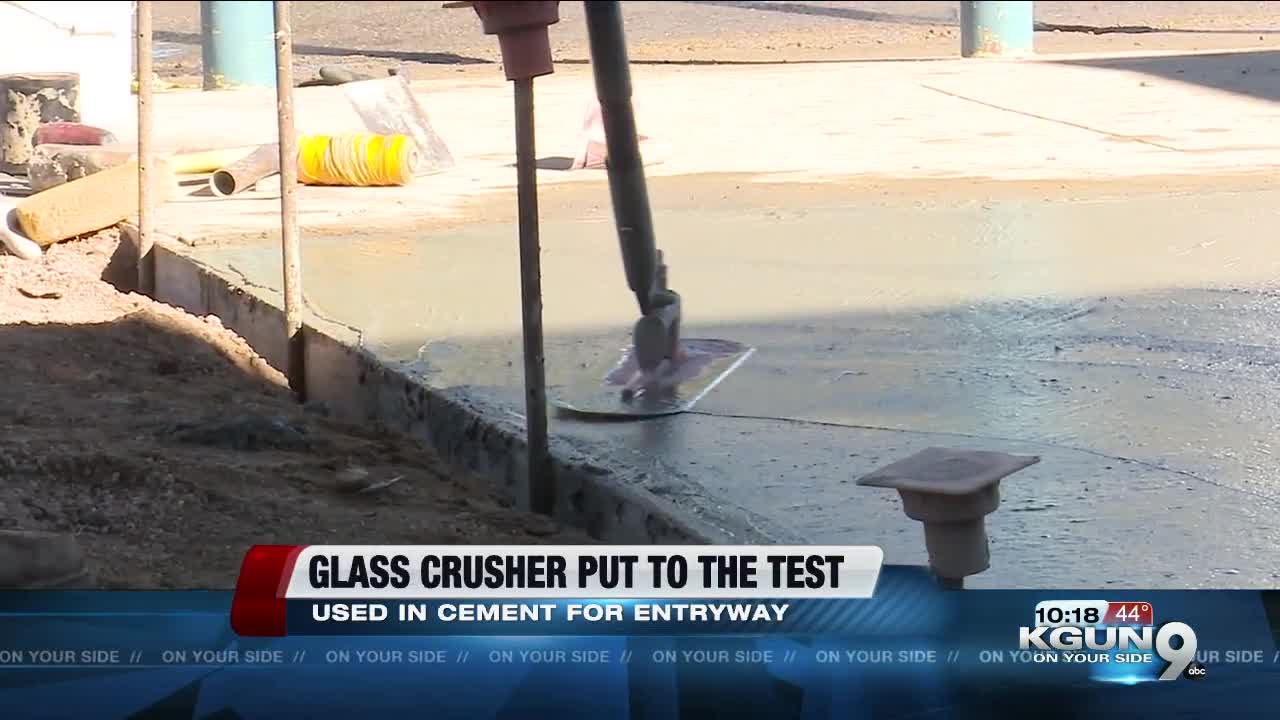 The city is using crushed glass to help with construction projects, and are testing the process on a city building. 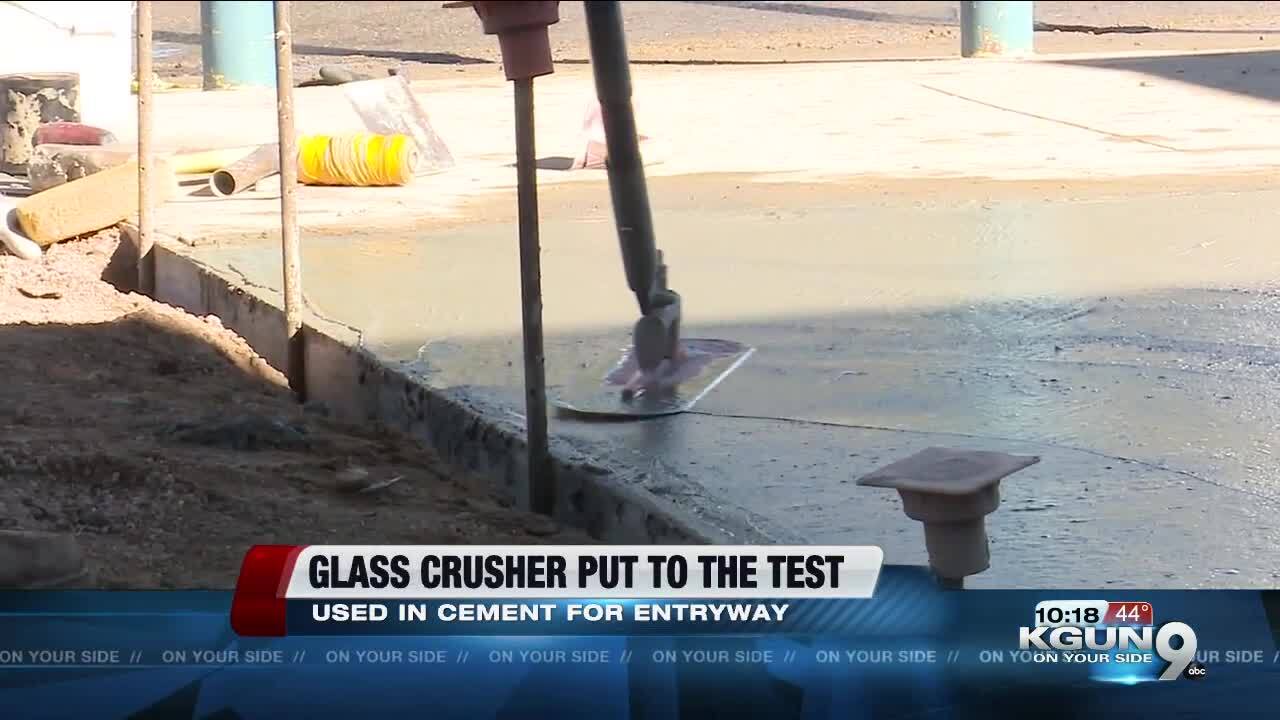 TUCSON, Ariz. -- The City of Tucson is using a new project to save money and help the environment. The city is using crushed glass to help with construction projects, and are testing the process on a city building.

The Ward 6 office bought a glass crusher a couple of weeks ago, hoping to use it to fill up sandbags.

However, Councilman Steve Kozachik had a more ambitious idea.

Three weeks after getting the glass crusher, the sand was mixed with cement and poured into the entryway of the Ward 6 office. The entryway was cracked and uneven due to root damage.

Kozachik hopes the city will consider taking this project from a retail to a commercial scale.

“The City of Tucson is losing half a million dollars a year recycling glass, selling it for a loss. We can do better than that,” he added.

He also says this project will help the environment by keeping glass out of the landfill.

While he assures there are many positive sides to this project, he says there are also downsides.

“I’m spending too many hours in the garage crushing bottles and going home smelling like a brewery,” Kozachik told KGUN9.

However, he says he’s proud of what this project has achieved in its short time.

For more information on this project, call the Ward 6 office.