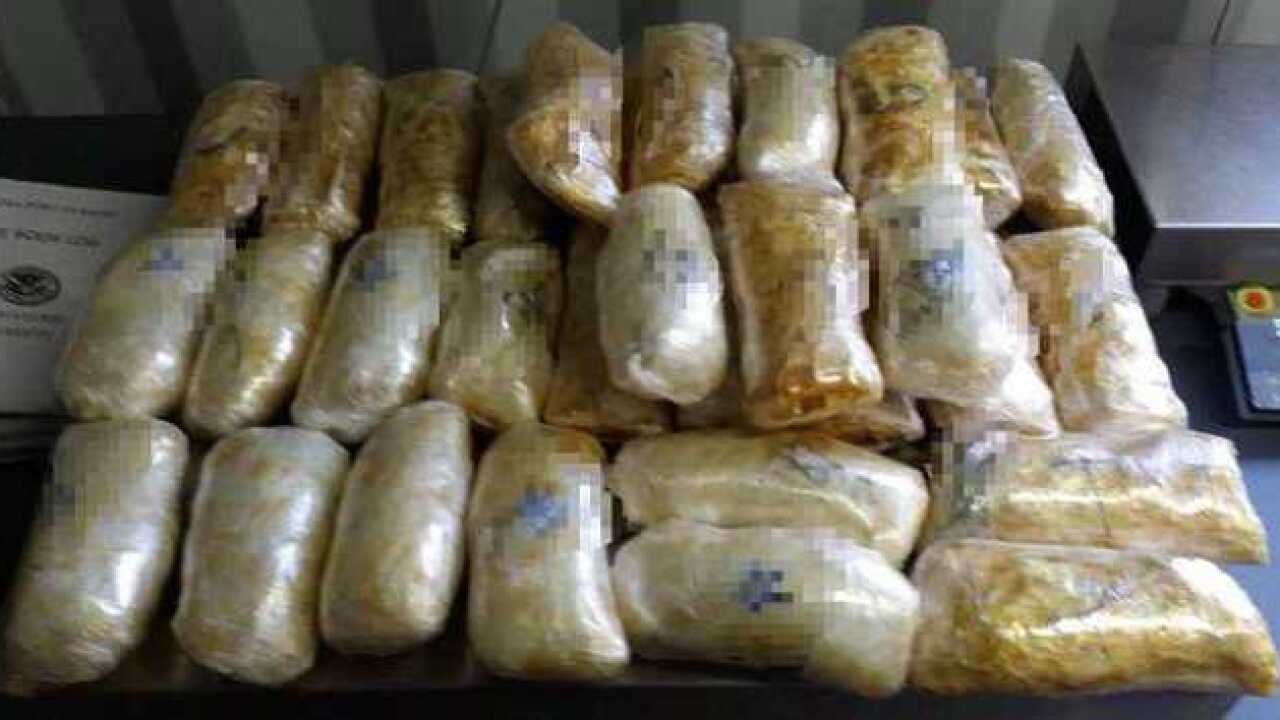 U.S. Customs and Border Protection officers arrested an American citizen and Cuban national in separate incidents in Nogales over the weekend, seizing fentanyl, heroin and meth.

According to the CBP, officers arrested a 39-year-old Cuban man Friday afternoon at the Dennis DeConcini crossing after they found 61 pounds of meth and a package of fentanyl hidden inside his Chevy SUV.

On Saturday morning, officers at the Mariposa crossing arrested a 21-year-old American woman after finding 40 pounds of heroin and meth hidden in her Chevy SUV.

Officers seized the drugs and vehicles.