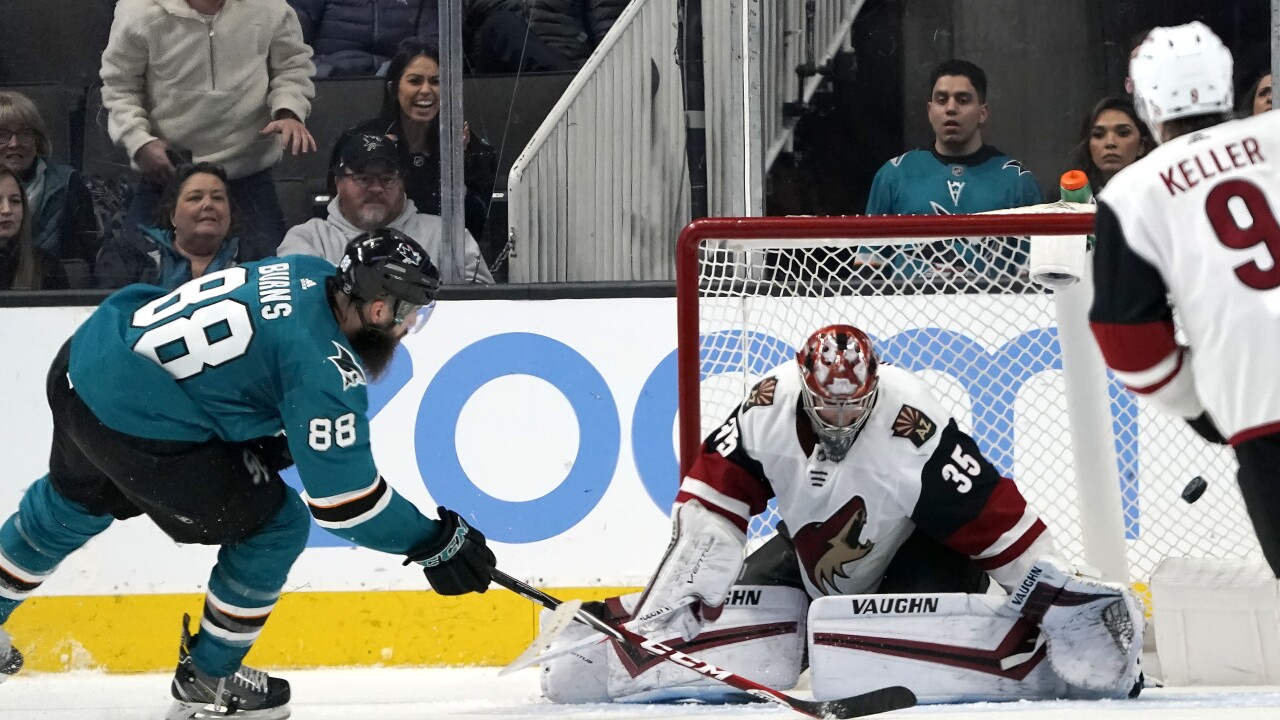 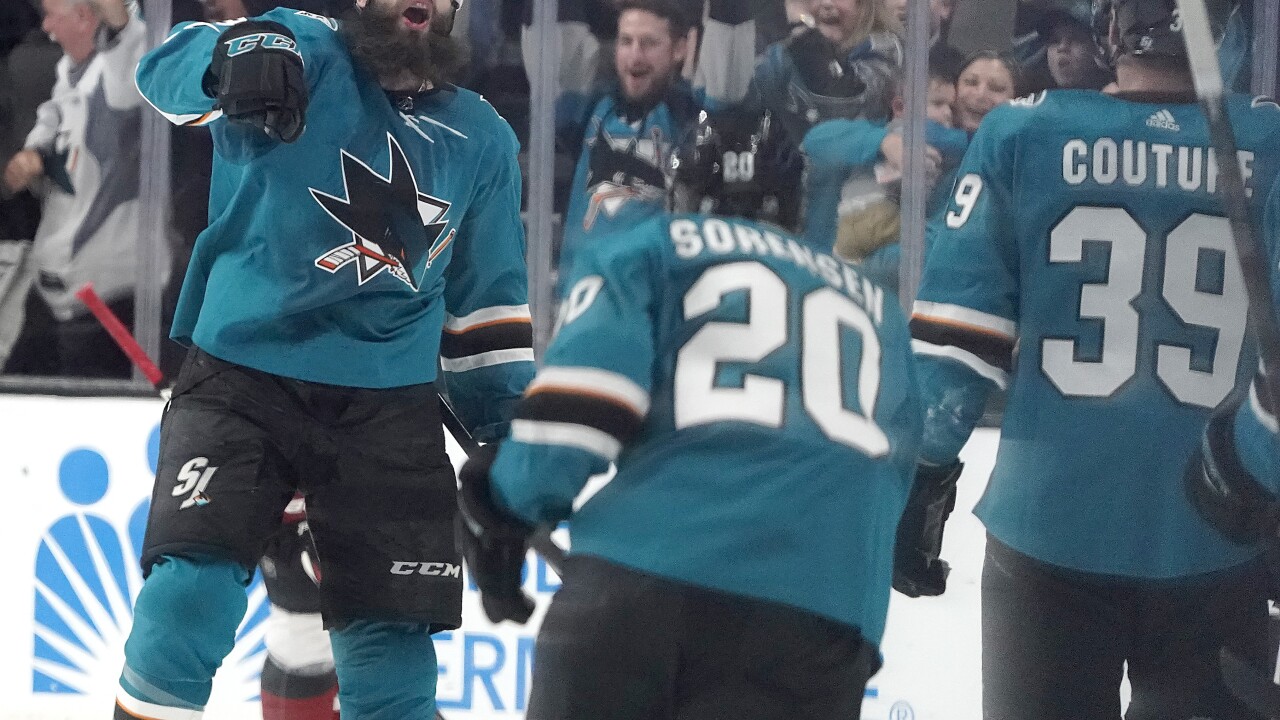 Brent Burns made the most of his second chance in alone against Darcy Kuemper.

After missing on a breakaway early in the third period, Burns completed a nifty move with a goal 3:14 into overtime that sent the San Jose Sharks to a 3-2 win over the Arizona Coyotes on Saturday night in their first game back from a 10-day break.

Burns got the puck in the corner in overtime, deked past Richard Panik and beat Kuemper for his 13th career overtime goal, tying Scott Niedermayer for the most by a defenseman in NHL history.

Joe Pavelski and Kevin Labanc scored goals less than a minute apart in the second period. Martin Jones made 31 saves to help San Jose move within four points of first-place Calgary in the Pacific Division as both teams started slowly in their first game back after the All-Star break and bye week.

“The game was difficult to play,” San Jose forward Logan Couture said. “Obviously both teams coming off of a long stretch without playing hockey. Thrown in the ice — there was a (minor league) game earlier today. Difficult game to play in. By the end I think both teams were exhausted. It’s nice to get two points.”

Conor Garland and Josh Archibald scored for the Coyotes. Kuemper made 32 saves for Arizona to earn at least a point in his ninth straight start.

Arizona put heavy pressure on in the third period and tied the score early when Archibald took a pass from Mario Kempe in the slot and shot a one-timer past Jones.

“It was a big point for us obviously we wanted two but it was nice to get back into the swing of things after the break,” Archibald said. “Our speed and forechecking and creating havoc are our biggest assets. My goal got the team back into it but it an unfortunate ending.”

The long break might have contributed to a somewhat sluggish start with neither team generating many prime scoring chances until a giveaway in the defensive zone by Tim Heed set up Arizona’s first goal midway through the second period.

Christian Fischer helped cause the turnover and Garland patiently waited after getting the puck alone on the side of the net before beating Jones for his 10th goal of the season and a 1-0 lead.

The lead didn’t last long as the Sharks scored twice on rebounds over the next three minutes to take the lead. Marcus Sorensen did a good job to set up Burns for a shot from the point and Labanc knocked in the rebound to tie the game.

Just 44 seconds later, Logan Couture sent Timo Meier in on a breakaway that Kuemper stopped but Pavelski raced in to flip the rebound into the net for his 28th.

The Coyotes nearly tied it shortly after that when Panik appeared to knock a puck past Jones. But DeBoer challenged the play and it was overturned for goalie interference.

NOTES: Sharks D Erik Karlsson remains sidelined by a lower-body injury that kept him out of the three games before the break. ... San Jose D Marc-Edouard Vlasic returned after missing the past 10 games with an upper-body injury. ... Coyotes D Jakob Chychrun didn’t make the three-game road trip because of a lower-body injury.