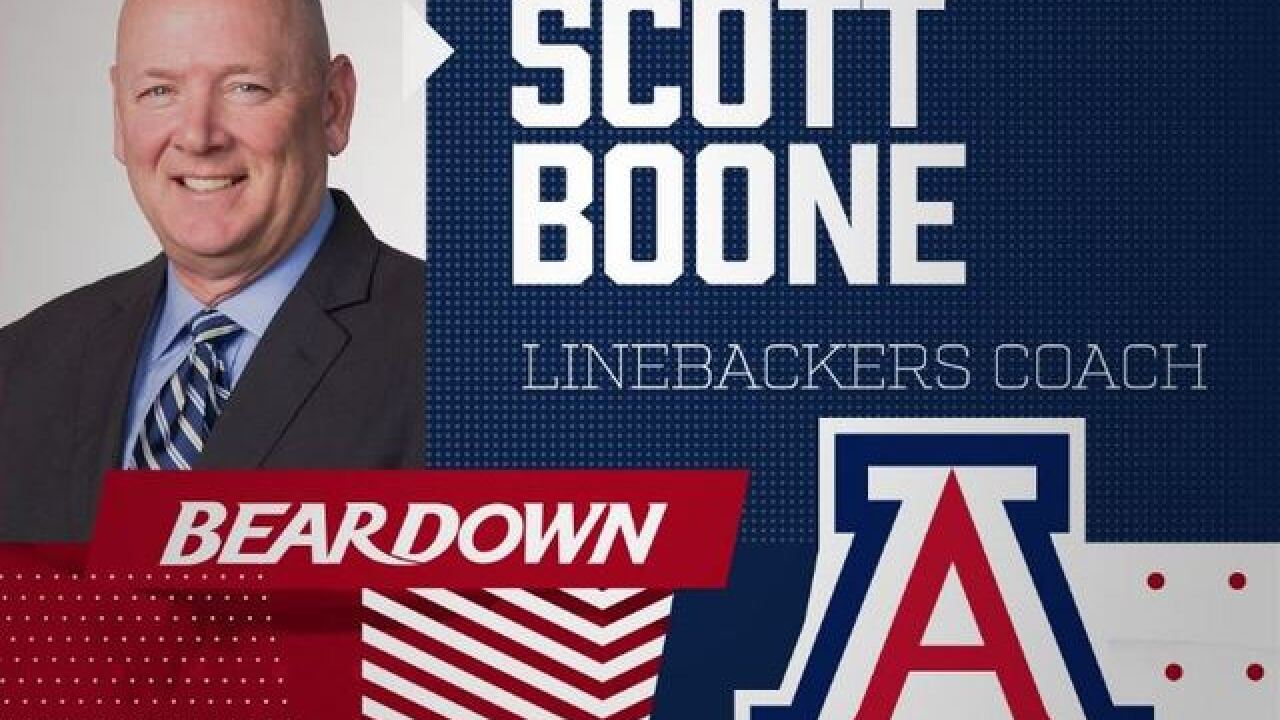 Coach Rich Rodriguez hired Boone from Nevada, where he served as the defensive coordinator.

"I am excited to add Coach Boone to our coaching staff," Rodriguez said in a statement. "Scott has tremendous experience coaching linebackers as well as coordinating a defense. Along with his coaching track record, he has experience recruiting the areas we recruit. He is a great addition to our staff."