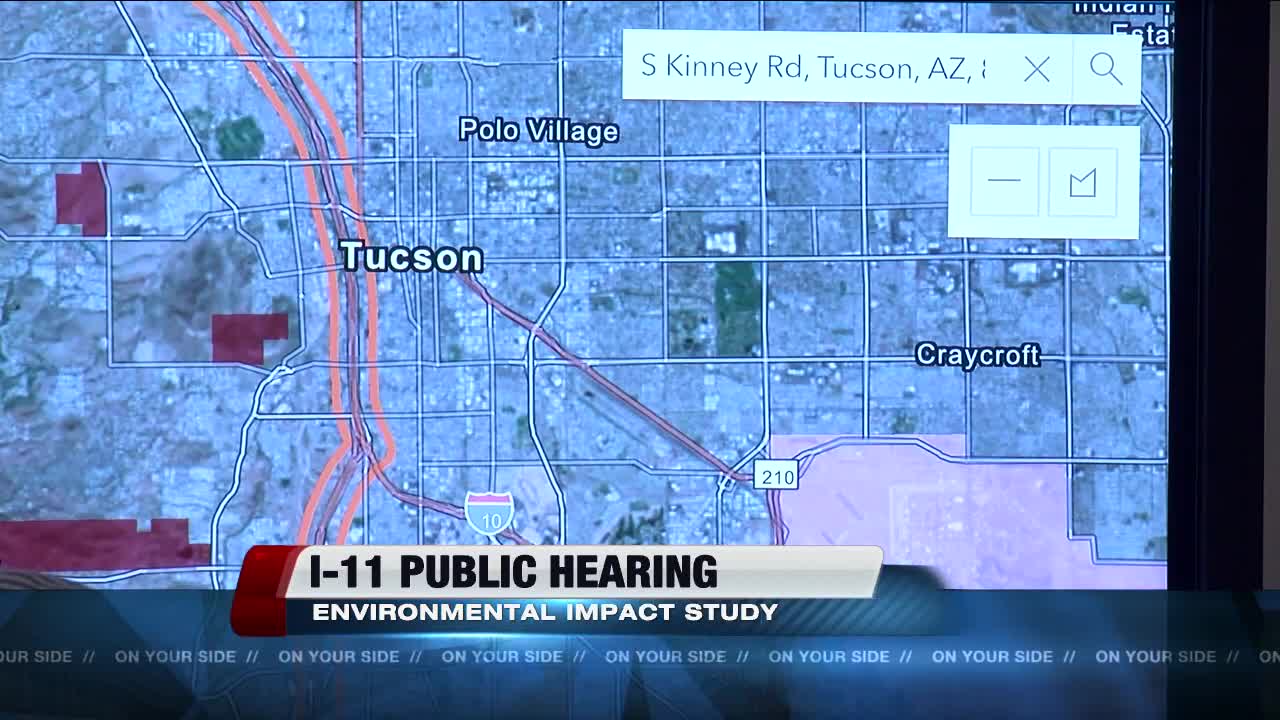 The proposed interstate would connect Nogales to Wickenburg, passing Tucson to the west. 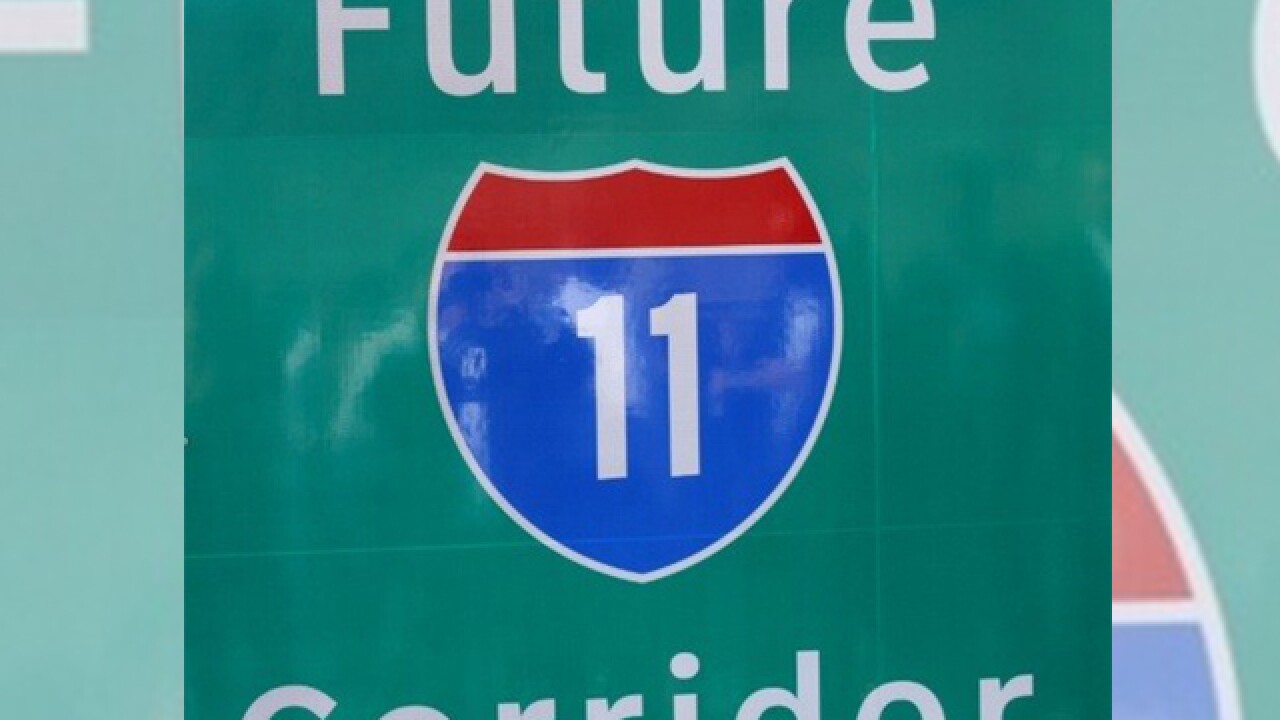 TUCSON, Ariz. — It's been a project years in the making, and now the Arizona Department of Transportation is looking for your input on the proposed route for Interstate 11.

A meeting is scheduled for Saturday at Marana High School on the issue from 11 a.m. to 4 p.m. The public is invited to atttend and give their input on the I-11 project.

The current recommended route connects Nogales to Wickenburg, passing Tucson to the west near Avra Valley.

Kevin Dahl of the National Parks Conservation Association says the proposal would be costly and wouldn't improve transportation through Pima County.

"That's the freeway that we all use in Tucson, and no one is going to driver over to Avra Valley to save two minutes going to Phoenix," he said. "You have to drive 15 minutes to get there. So improving the existing freeways to accommodate that increased produce traffic from Mexico, north -- that's fine. We can do that, and we can do it a lot cheaper."

Tom Herrmann spokesman for ADOT says the section of road from the border to Phoenix is important for international commerce, and the proposed route could speed up that transportation. He also says they are a long way from identifying a set route for the corridor, and the no-build option has been ruled out.

"This is not a time for people to panic," he said at another public comment earlier this week. "It's time to pay attention, and that's why we're here tonight, is to get public input, to hear from people. If they have a better idea, we can all be happy at the end of this and come up with the right, final corridor for this."