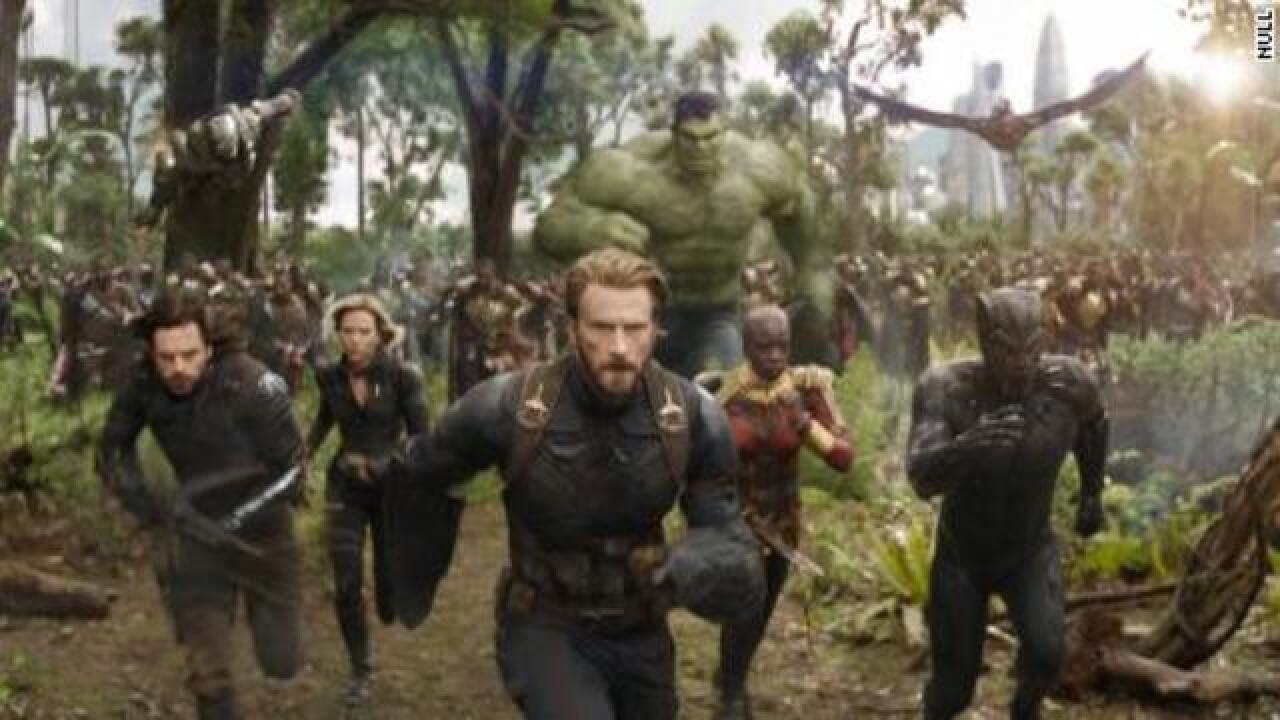 MARVEL STUDIOS
<p>"Avengers: Infinity War" smashes together every significant surviving character in the Marvel Cinematic Universe for an action extravaganza.</p>

There's a little movie opening this weekend that you might have heard of. It's "Avengers: Infinity War," and it's the reason moviegoers will line up for hours before screening times just to land prime seats.

If you've managed to remain uninfected by "Avengers" fever and can't tell an infinity stone from a kidney stone, here is a primer to catch you up to speed.

It's the ultimate crossover. A brief explainer on the Marvel Cinematic Universe: Years ago, Marvel licensed various studios to create films. When Disney bought Marvel in 2009, it ate up the majority of the characters, but stragglers such as the X-Men, Deadpool and Spider-Man -- who recently joined the MCU as part of an exchange program of sorts -- remained out of its grasp. So what did Disney/Marvel do? Pretend that those characters didn't exist, sorta. By channeling colossal resources into the MCU, those films stood apart from the riffraff with top-shelf budgets, actors and filmmakers. "Avengers: Infinity War" is the magnum opus that the MCU has been building toward all along over 19 films.

It's the biggest MCU movie. In. Every. Way. The only thing larger than its staggering budget -- projected to be as high as $400 million -- is its cast. Every surviving major hero who has been introduced into the MCU since its birth a decade ago will show up in the new movie. Directors Anthony and Joe Russo understandably need a ton of space to include all those actors, costumes and egos, so the film weighs in at a series-longest 160 minutes.

​​​​​​It's expected to contend for box office records. According to Deadline, the movie has a shot at raking in the highest-grossing domestic box office ever, with projections as high as $325 million. "Star Wars: The Last Jedi" -- another property Disney bought and heavily invested in -- currently holds the title at $220 million. People are buying tickets in advance, planning their weekends -- and no doubt calling in sick -- to see the movie as soon as possible. If you don't see the movie quickly, you won't be able to join in on the conversation. That fear of missing out is what's propelling expectations to such heights.

It's got an epic story. Based on the beloved 1991-1992 comic book storyline that geeks have held up as the holy grail of superhero team-ups, the film focuses on the maniacal stylings of intergalactic overlord Thanos (Josh Brolin). His obsession is to power up the Infinity Gauntlet by powering it up with several stones that had been safeguarded from psychos like him. Thanos has been slowly making progress throughout those 19 MCU films, and "Infinity War" is his bid to seal the deal, destroy everything as we know it and establish himself as a god of sorts. The likes of Captain America, Hulk, Thor and Spider-Man will do all they can to stop him cold. While saving the world or universe is nothing new for these guys, the stakes are higher than normal this time out. One or more characters are expected to perish in the effort.

It's the start of the summer movie season. While "Avengers: Infinity War" is expected to be the biggest movie of the season, as well as the year, it's only the beginning of the cinematic thrills to come this summer. A conga line of dazzlers, including "Deadpool 2" (May 18), "Solo: A Star Wars Story" (May 25), "Ocean's 8" (June 8), "The Incredibles 2" (June 15) and "Jurassic World: Fallen Kingdom" (June 22) are all waiting in the wings, looking to knock "Infinity War" off its pedestal. Whether the behemoth Marvel film manages to cling to the top spot or gets lost in a sea of sequels after a smash opening weekend is a cliffhanger like something out of, well, a comic book.