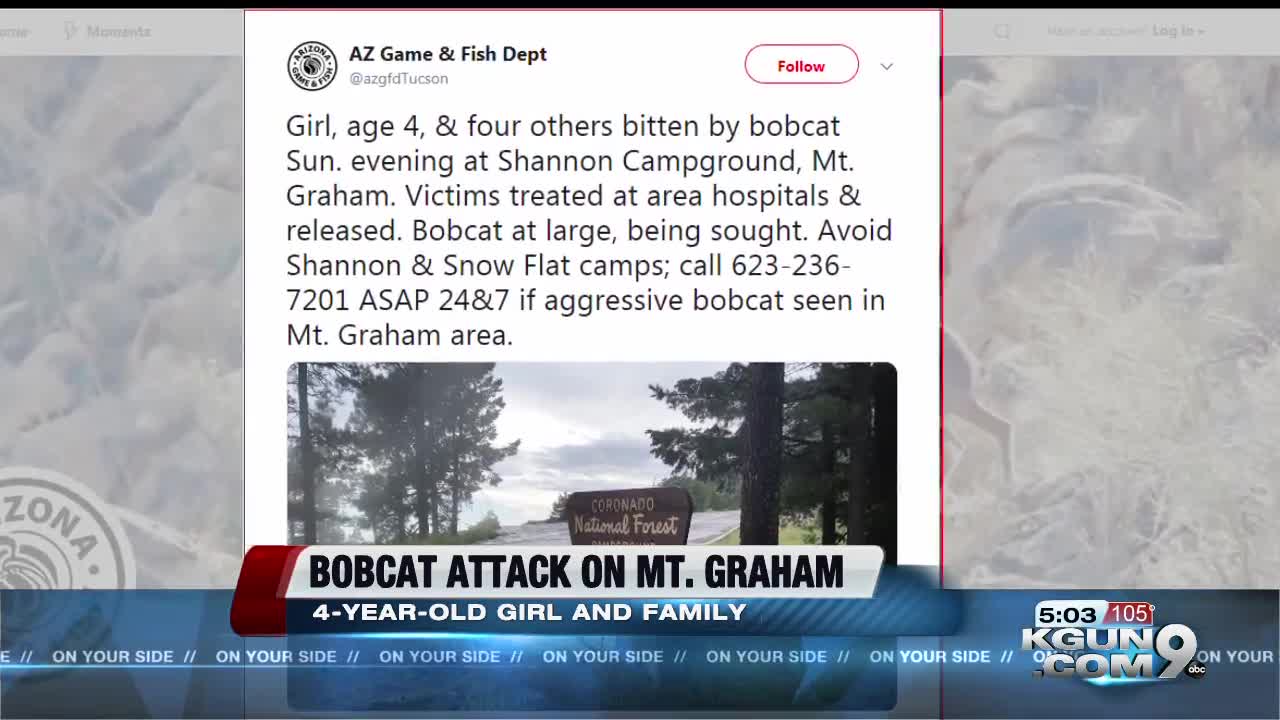 It happened at a campground in the mountains, wildlife officials say. 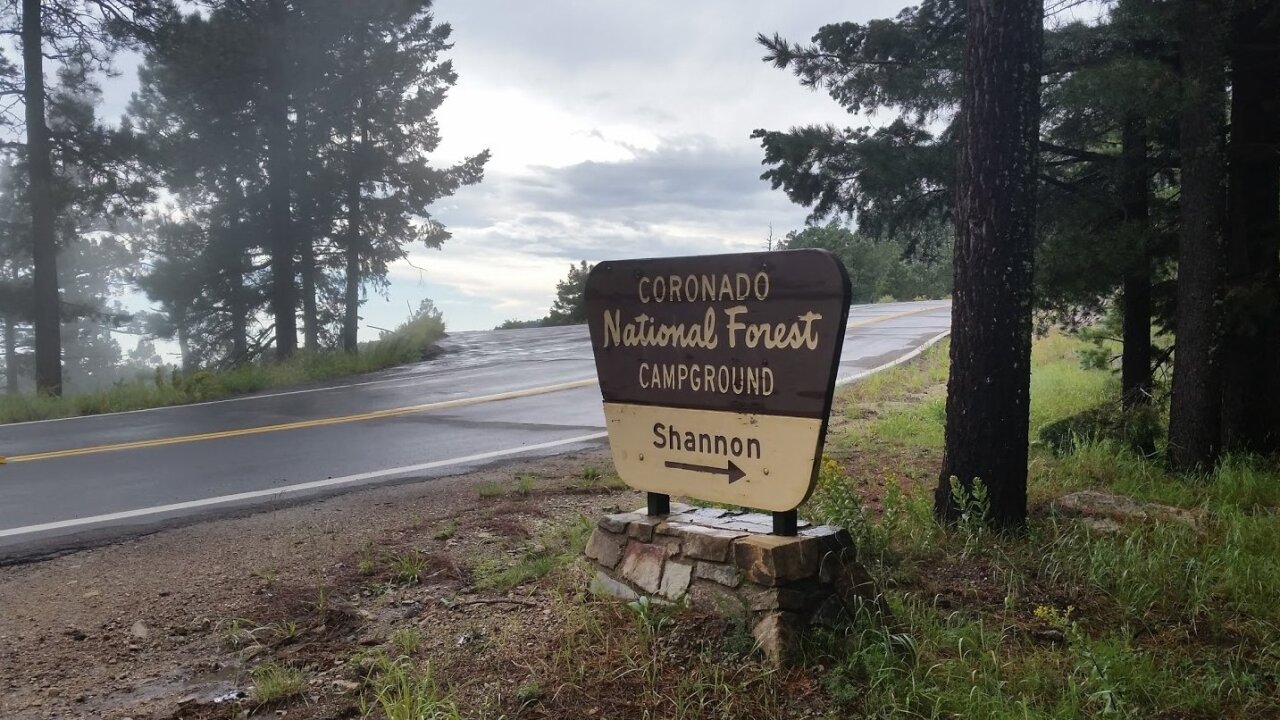 TUCSON, Ariz. — A 4-year-old girl and four family members are recovering after a bobcat attack on Mt. Graham.

Two campgrounds are closed with Arizona Game and Fish trying to catch and kill the cat they suspect has rabies.

Has more on what officials are calling an extreme and bizarre animal attack. Game and Fish says they won't know for sure until they catch and test the animal, but this is simply not the behavior of a healthy bobcat.

They say it needs to be destroyed.

“The behavior is extreme by any reasonable standard. This is not someone coming across a bobcat and quickly being bit and the bobcat running off, this is sustained attacks on human beings,” said Arizona Game and Fish Spokesperson Mark Hart.

“A year-old girl ran behind the tent, her mother heard screaming, and they came around the tent to see she was being attacked by a bobcat, on the ground bitten at least once in the head.”

The girl's father, two uncles, and a teenage girl came to her aid and the bobcat attacked them too.

Hart says mountain lions can target children, but a healthy bobcat never would.

“A bobcat is going to be more interested in an antelope squirrel or a rodent, not a human being it’s too big, the child was bigger than the bobcat.”

The girl was treated for rabies exposure at a nearby hospital. Her family needed to go to two other hospitals to get the vaccine. All have been released.

Shannon and Snow Flat campgrounds have been closed to the public.

“We are on scene today setting traps and using predator calls in an attempt to lure the bobcat in, it has to be destroyed.”

Hart says rabies are more common in foxes, bats, and skunks but the disease can be spread to other animals.

He says to stay away from dead animal remains because it can be passed that way also.