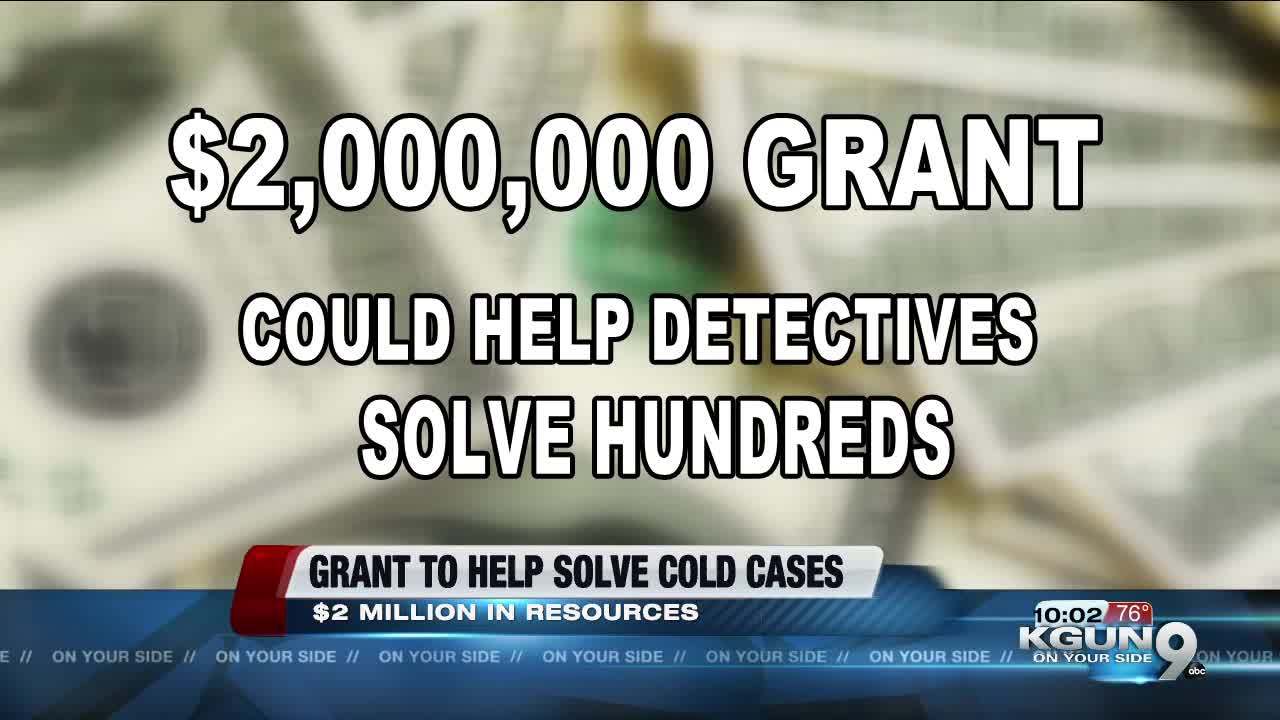 According to the United States Department of Justice, every 73 seconds, a person is sexually assaulted in the United States. Additionally, 1 of every 6 women will be a victim of sexual assault during her lifetime and about 3% of all males will be victimized.

Pima County Sheriff Mark Napier, told KGUN9 the three way partnership will receive funds to test all of the sexual assault kits, and upload the results to the national database.

Two addition cold case detectives will be assigned to work with the Tucson Police Department, and one other with the Pima County Sheriff’s Office. The grant will also provide survivors with victim services at the Pima County Attorney's Office.

According to Sheriff Napier, the Pima County Sheriff’s Department has a total of 468 untested sexual assault kit, and “roughly half of those are at the DPS lab being tested.”

Chief Chris Magnus, with the Tucson Police Department, told KGUN9 this grant will provide the department with the necessary tools to get hundreds of backlogged rape kits tested and recorded. As a result, more cases will be solved.

“To have a grant that consists of two additional detectives to do the followup with victims and their families; that can work with the county attorney’s office, that can work with our other law enforcement partners that’s very significant,” Chief Magnus added.

Pima County Attorney Barbara LaWall takes it a step further. She says this grant is a major step toward justice.

“Pima County is not safe when there’s still not justice out there and they have not been brought to justice. So, I’m certain that we are going to bring a lot of justice to Pima County with this infusion of very needed funds.”

The grant will also provide survivors with victim services at the Pima County Attorney's Office.